Rhee Syngman, First President of the Republic of Korea 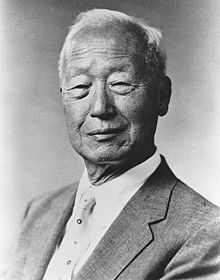 Rhee Syngman (Yi Seung Man) was born into a rural family on March 26 (Lunar calendar), 1875 in Hwanghae Province. Rhee’s family came from the lineage of King Taejong of Joseon—he was a 16th-generation descendant of Grand Prince Yangnyeong—a fact that Rhee proudly disclosed during his time in America. In Seoul, he received a traditional Confucian education and was a potential candidate for gwageo, the notoriously difficult Korean civil service examination. In 1894, Rhee enrolled in the Pai Chai Academy, an American Methodist school where he received western education and converted to Christianity. During his time at Pai Chai, he became a zealous nationalist and in 1896, joined the Independence Club, which consisted of a group of dedicated young men who organized protests against the Japanese and Russian Empires.

In 1897, Rhee was implicated in a plot to remove King Kojong from power, and as a result Rhee was arrested and imprisoned until 1904.[1] During his time in prison, he complied the Sino-Japanese War Record and the New English-Korean Dictionary.[2] At the outbreak of the Russo-Japanese War in February 1904, Rhee was released from prison. He sought refuge in the home of Henry Gerhard Appenzeller, a Methodist missionary and the founder of Pai Chai Academy where Rhee studied as a child.[3]

The ship landed on Honolulu port, with majority of the people on the ship recruited as laborers for pineapple and sugar plantations. Rhee was part of the first wave of immigrants and international students who had come to Hawaii to escape the turbulent political atmosphere of Korea.[4] Some of the notable political figures who escaped Korea with Rhee included An Chang Ho and Pak Yong Man.[5] 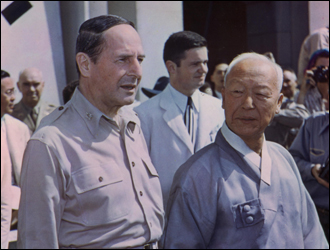 Soon after his graduation in 1908, he was elected as the chairman of the International Korean Conference, where a group of Korean nationalists gathered to share their political perspectives. He obtained a doctorate from Princeton University in 1910, becoming the first Korean to receive a doctorate from an American university.[7] Rhee returned to Korea in 1910, the year Korea was annexed by Japan. However, his time in the motherland was short-lived. After briefly serving as the president of Korean YMCA, he went back to Hawaii and spent the next thirty-two years traveling globally as a mouthpiece for Korean independence.[8]  He served as the president of the Korean Provisional Government (KPG), and played a crucial role during the 1919 Philadelphia Korean Congress, mobilizing American support for the Korean independence movement. Rhee’s old friend from Harvard, Yang Yuchan, helped establish the Boston chapter of the League of Friends of Korea on January 11, 1920. 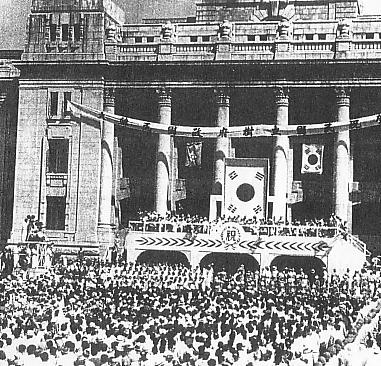 After World War II, Rhee finally returned to Korea and actively campaigned for the immediate independence and unification of the country. In 1948, he became the first president of the Republic of Korea, a post that lasted until 1960. During his presidency, he purged the National Assembly members who opposed his dictatorship and executed the leader Cho Bong Am for treason. In April 27, 1960, His presidency terminated in resignation, and after the April 19th Revolt, he was exiled to Honolulu, Hawaii and spent the rest of his life there until his death in 1965.