The food and words of Edna Lewis provoke “a church experience,” asserted Dr. Sara B. Franklin in last night’s Jacques Pépin Lecture on her new edited volume Edna Lewis: At the Table with an American Original.  This collection of essays, including a contribution from Gastronomy Program Director, Dr. Megan Elias, explores the life and impact of the great Southern chef.

Franklin opened her lecture by reading an excerpt of Lewis’ essay, “What is Southern?,” discovered and published posthumously in 2008.  She described her own near-sacred experience of encountering this essay in Gourmet magazine, becoming enamored with Lewis as a writer, and immediately cracking open her seminal cookbooks. 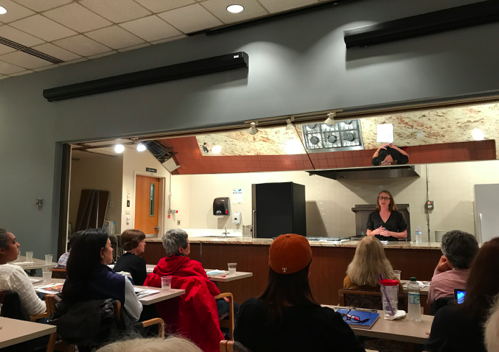 Others shared their knowledge of and experience with Edna Lewis as chef Barry Maiden’s tastes of Edna Lewis’ spoonbread, skillet scallions, and country ham made their way to lecture attendees.  One guest spoke with awe of having visited Lewis’ restaurant in Brooklyn, and having even met the chef when she came into the dining room.

Lewis’ essay “What is Southern?” was published the same year Chef Barry Maiden opened his James Beard Award-winning restaurant, Hungry Mother.  The essay served as inspiration to Maiden, a fellow Virginian, as did Lewis’ cookbooks; he described The Gift of Southern Cooking as a bible at Hungry Mother.

In her lecture, Franklin argued that Edna Lewis wrote cookbooks that were subtly and unmistakably political.  With recipes for Emancipation Day but not the 4th of July, Lewis insisted on an honest accounting of American history, and demanded the visibility of blackness in Southern cooking. 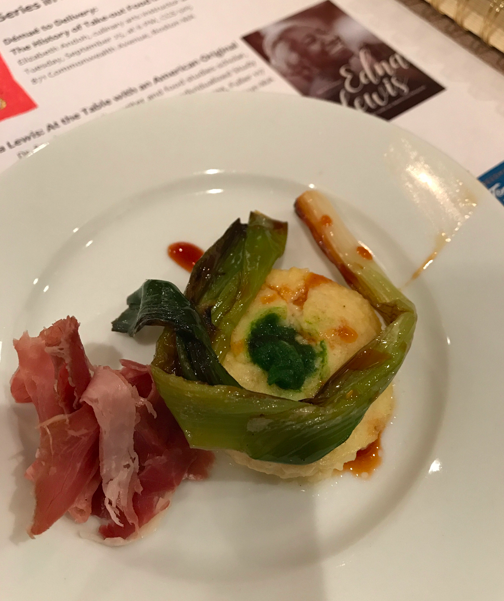 This volume on Lewis is likewise politically contextualized; after the shooting in Emanuel African Methodist Episcopal Church in Charleston, Franklin chose to pursue this book as a political response. Franklin positioned this book as a disruption of the pattern of “overlooking food stories, women’s stories, and black stories.” A thoughtful and timely collection of essays on the life and work of a founding figure of Southern cuisine, this book appropriately asserts the importance of Edna Lewis to the history and present experience of American food.