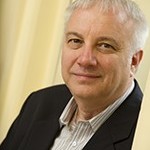 For the last ten years, Al Petras has been splitting time between the United States and Asia as part of a team that manages the relationship for a large US bank with a major partner bank in China. Prior to his current role, he ran large, technology infrastructure projects in North America, Latin America, Europe, and Asia. Petras has been featured by CIO Magazine as one of most successful Y2K project managers for efforts at RR Donnelley and Sons. For years, he was a prominent industry subject matter expert in the field of electronic messaging. In addition to being PC Week magazine’s email business expert and a frequent speaker at major conferences, Al Petras pioneered wireless capabilities for e-mail as one of the first users of such in a commercial business. Perhaps most importantly, Petras is a BU CAS Alum (’78) and a recipient of an Honorary Scarlet Key from Boston University, one of only three given to faculty, staff, and alumni for the 2015-2016 academic year.

Panel 1: Information, Support and Connection in Online and Offline Communities 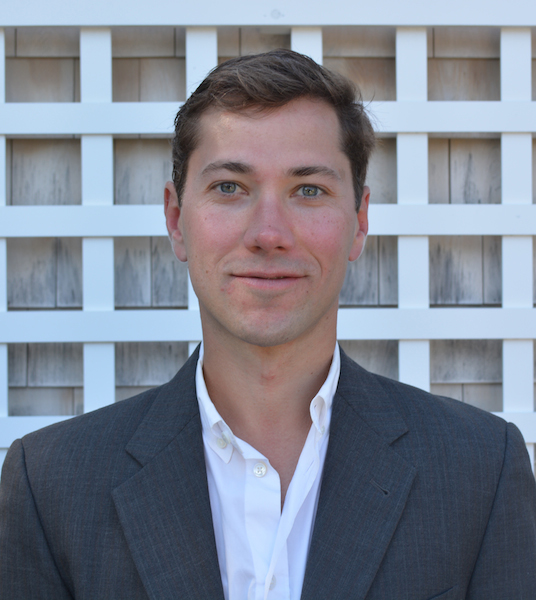 John Donegan is a Ph.D. student in the Division of Emerging Media Studies at Boston University. He has a B.A. in Cinema Studies from New York University’s Tisch School of the Arts, an M.B.A. in Finance from Pepperdine University, and an M.A. in Media Studies from the University of Texas at Austin. His research interests include digital distribution, reception studies, and paracinematic film viewership.

Presenting paper: An Interdisciplinary Investigation of Health-Related IBD Stigma in both Online and Offline Environments 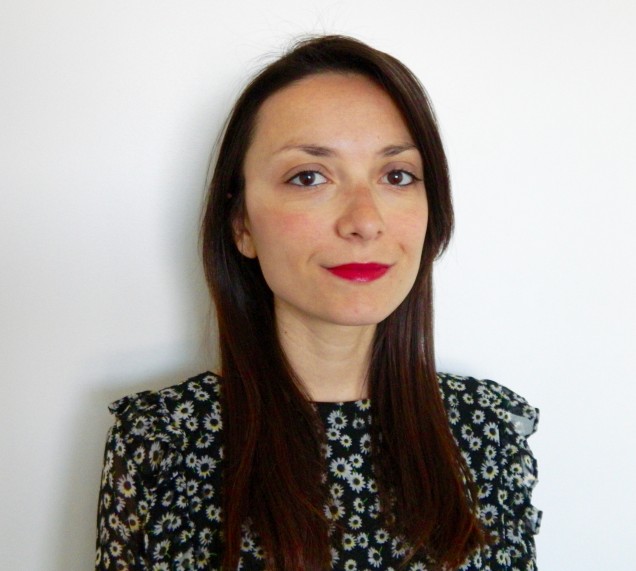 Originally from Italy, Serena has a background in journalism and earned a M.A. in International Journalism at City London University in 2014. She recently graduated with a M.A. in Emerging Media Studies at BU’s College of Communication. Before BU, she has worked for various media companies in UK and New Zealand. Serena‘s research interest focuses on social media analysis specifically related to health communication and how healthcare can use new media technologies effectively and compliantly. Follow her on Twitter or LinkedIn . 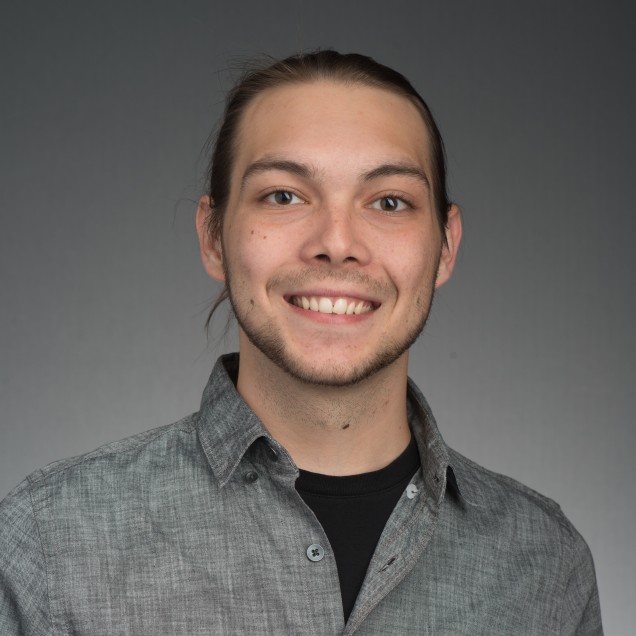 Jacob Rohde is a M.A. student in the Division of Emerging Media Studies at Boston University’s College of Communication. His research interests include online protest and activism, computer-mediated communication, and online identity management. 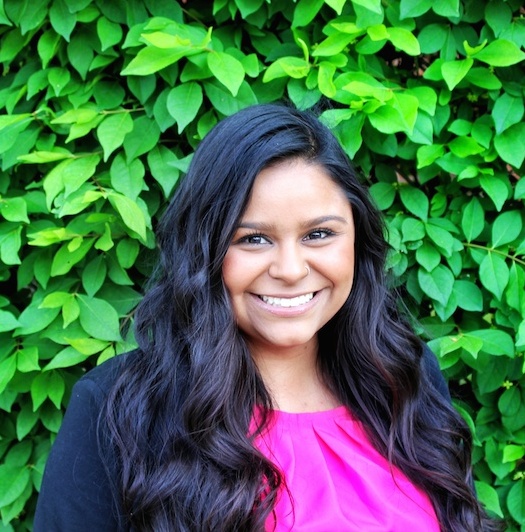 Marisa Bernal is a M.A. student in the Division of Emerging Media Studies at Boston University. Originally from Arizona, she has a B.A. in Journalism and Spanish from the University of Arizona. Her research interests include journalism and new media, media psychology, and health communication. 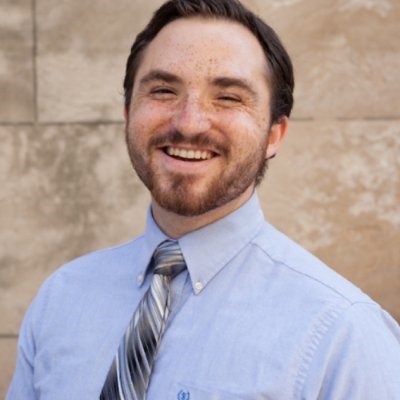 Andrew is an experienced professional in higher ed administration and fundraising. As a graduate of Boston University, having earned dual bachelor’s degrees in psychology and public relations, he has strong interests in marketing, management, and development. He is currently pursuing a M.A. in Emerging Media Studies at BU’s College of Communication – and loving every moment! Feel free to connect with him on LinkedIn. 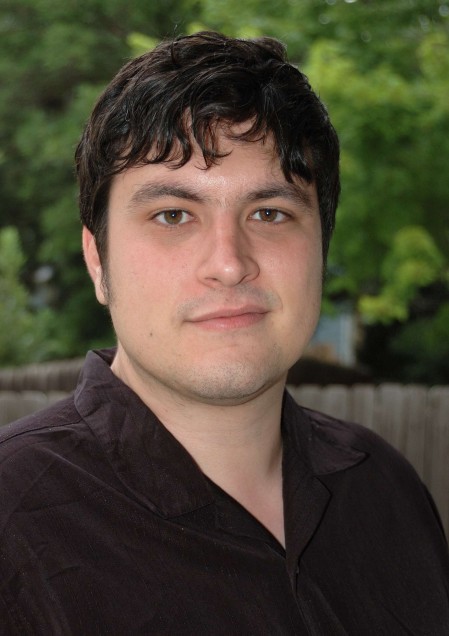 Blake Wertz is a M.A. student in the Division of Emerging Media Studies at Boston University’s College of Communication. His research interests include cross-cultural communication, computer-mediated communication, and patterns of behavior within online video games. 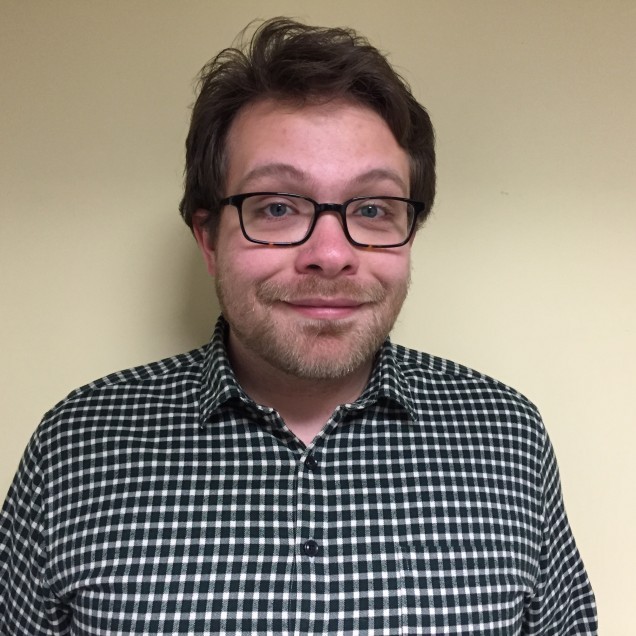 Tiernan Cahill is a M.A. student in the Emerging Media Studies program at Boston University and will be continuing on to begin work on his Ph.D. there in the fall. He holds a B.Sc. in Political Communication and BFA in Writing, Literature & Publishing from Emerson College. With a background in publishing and web development, his research focusses on the interactions between media technology and cultural expression. His current interests include generative literature, video game interfaces, and patterns of online harassment. Follow him on Twitter or Linkedin. 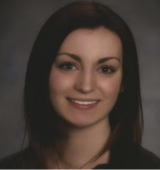 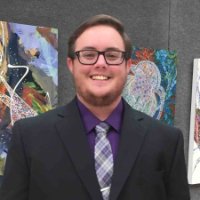 Tobin Brannan is the Events and Operations Coordinator at the Museum of Texas Tech University in Lubbock, TX. He holds a Masters degree in Museum Science from Texas Tech University and a Bachelor’s degree in History and Secondary Education from Midwestern State University. Tobin is currently working on his second Masters degree at Texas Tech University in Interdisciplinary Studies and plans to graduate in December 2016. As a museum professional, Tobin’s areas of interest include the shifting of museums as social advocates with a focus on LGBTQ communities, and the introduction and implementation of 3D modeling and printing, interactive exhibit elements, and mobile technologies in museum collections and exhibitions. His current projects include the manipulation of Filemaker Pro 14 database software to accommodate multiple functions within museums, and his Masters thesis, which focuses on the demographic commonalities among parental acceptance of their transgender children. 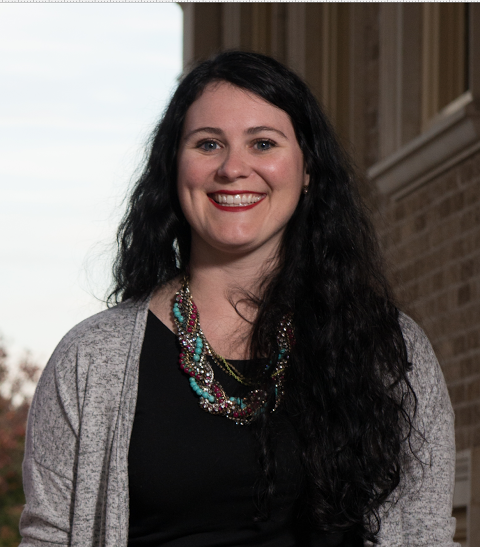 Jessica Stepp is the Administration Intern at the Museum of Texas Tech University in Lubbock, Texas.  She holds an undergraduate degree from Rhodes College and a Masters Degree in History from the University of Central Arkansas. She is currently studying for a second Masters Degree in Museum Science from Texas Tech University.  As the Administration Intern, Jessica is working on the Museum’s reaccreditation preparations, helping to plan a collections risk management project, researching Held-in-Trust collections, and assisting with a Life Safety Project.  Her thesis research centers on how cultural institutions can increase accessibility to collections by utilizing 3D modeling and 3D printing technologies.  Previously Jessica served as the President of the Museum & Heritage Students Association and currently she serves as the Chief of Staff for the Graduate Student Advisory Council. Jessica is originally from Arkansas and loves visiting home whenever she can. She enjoys watching sports, travelling, and being a mom to her English Bulldog, Beans. 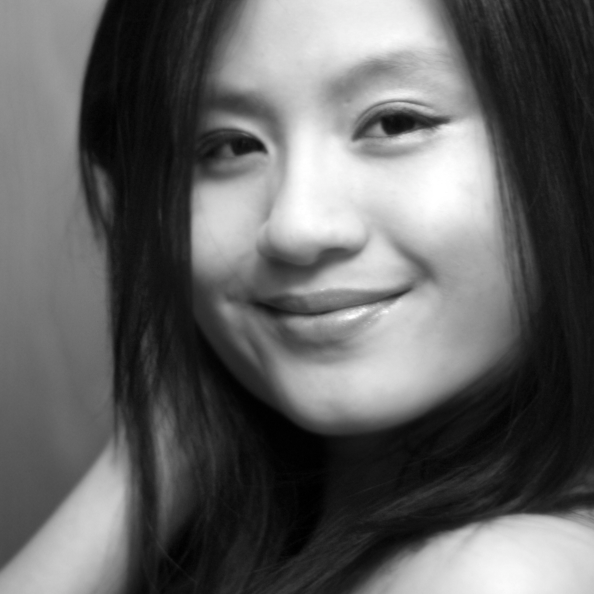 Linh is a Graduate Teaching Assistant of Arts + Art History at The University of Texas at Arlington where she focus on design and storytelling practice alongside with funded research in emerging media. She is currently working on a virtual reality project which dedicated to correcting a patient’s breathing pattern when being treated for lung cancer, in collaboration with the University of Texas at Southwestern. As visiting presenter at #Screentime, Linh took the opportunity to present her project Fluid, which combines rigorous research with a deeply human lens to create the hybrid context for virtual reality to meet art therapy. 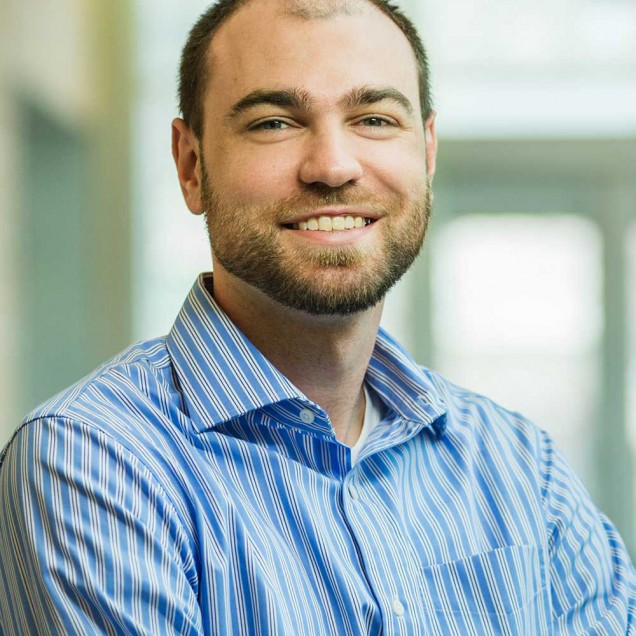 Horn is a PhD student in the Computer Science program at Northeastern University, advised by Gillian Smith. Before coming to Northeastern, Britton earned his BS from Trinity University. His research includes computational creativity, Artificial Intelligence, and the vast capacity and applicable opportunities of human creativity

Panel 3: Bridging the Delta from Research to Industry 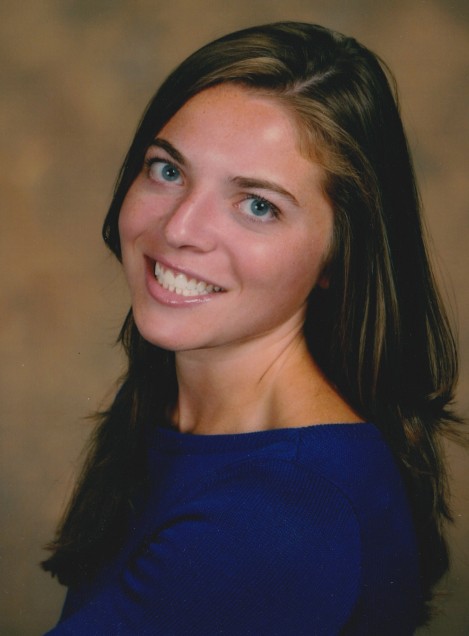 Sarah is a doctoral student within the Division of Emerging Media Studies at Boston University.  She received her Bachelor’s degree in Cinema and Media Studies from Wellesley College and her Master’s degree in Technology, Innovation, and Education from the Harvard Graduate School of Education.  Through her research, Sarah examines the capacity for new media and popular culture to facilitate social and emotional development, particularly among youth.  Follow Sarah on Twitter or connect via LinkedIn. 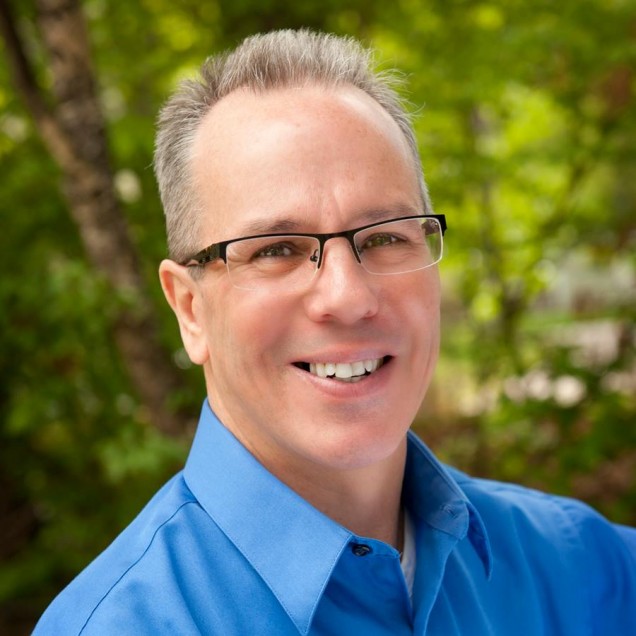 Bob Cargill, who was named “Direct Marketer of the Year” for 2009 by the New England Direct Marketing Association (NEDMA), is director of social media at Overdrive Interactive. During the course of his career, his work has been recognized with more than 40 awards, including Gold for his blog, Gold for Best Tweets and Silver for Best Copywriting from NEDMA. Bob likes to keep his fingers on the pulse of the industry in which he earns his livelihood. Not only has he presented many times about social media, copywriting and direct marketing, he has been published or quoted on his areas of expertise in numerous media outlets. He  is currently a regular social media columnist for ClickZ.com. He is a past president of NEDMA and a graduate of Leadership MetroWest’s Leadership Academy. You can follow him on Twitter at @cargillcreative. 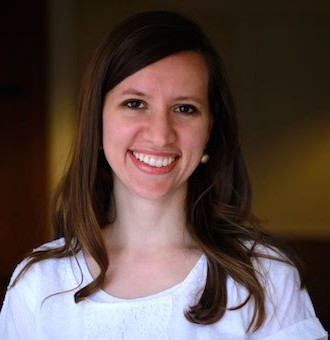 Stephanie is a digital strategy advisor for organizations seeking innovative approaches to digital strategy. She is the founder of Apiarity, a social media strategy company helping companies create an effective online presence, develop exceptional social media strategy, and reach key audiences. Before founding Apiarity, Stephanie worked as MIT’s Social Media Strategist where she guided social media strategy for the university and advised over 100 departments. She graduated from Harvard University with a Bachelor of Arts in History of Art and Architecture and is currently pursuing a Master of Business Administration (MBA) as well as a Master of Science (MS) in information systems at Boston University. Stephanie is active on Twitter at @hatchsteph. 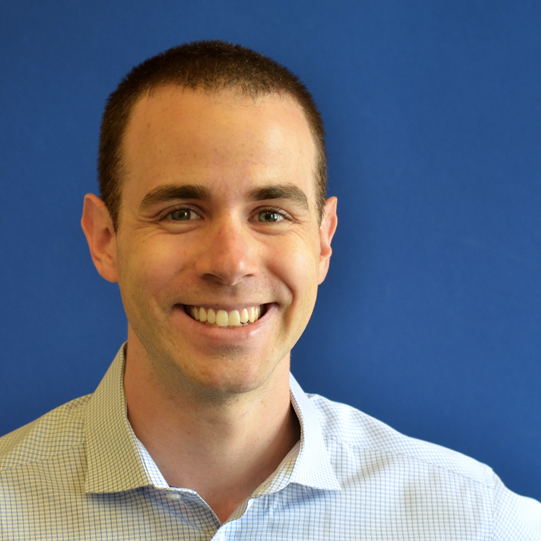 Eric has spent his career at the intersection of marketing and technology. He is currently the Director of Mobile at ownerIQ, where he leads product development and go-to-market strategy for the ad tech company’s mobile products. After graduating from Boston University’s College of Communication in 2010, he began his career at ad agency Allen & Gerritsen creating emerging tech strategies for retail, restaurant, and broadcast media clients. Prior to working at ownerIQ, he led product marketing at Skyhook Wireless, where he ran paid media campaigns and took Skyhook’s many products to market. Eric has also been quoted as a leading thinker in emerging technology by top publications CNN, the Wall Street Journal and TechCrunch. Find him on Twitter @EricLeist. 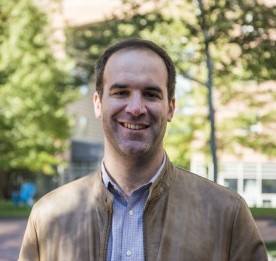 Ryan Ellis is an Assistant Professor of Communication Studies at Northeastern. Ryan’s research and teaching focuses on topics related to communication law and policy, infrastructure politics, and cybersecurity. Prior to joining the Department, Ryan held fellowships at the Harvard Kennedy School’s Belfer Center for Science and International Affairs and at Stanford University’s Center for International Security and Cooperation (CISAC). He received a Ph.D. in Communication from the University of California, San Diego. 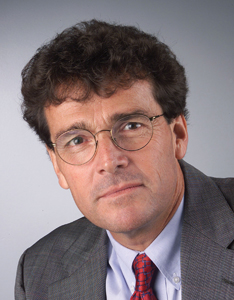 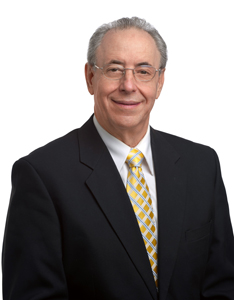