Google Scholar Twitter GitHub
Sarah hails from Canada and her path to Boston University took her through University of Victoria, University of Calgary, UT Austin and, UNC Chapel Hill. She is largely interested in understanding why some organisms are winners and others are losers, and what this means in the context of rapidly changing environments. Sarah lives for travel, nerding out, Halloween, brewery tastings, and now she enjoys experiencing all of these things (minus the beer) with her daughters Kingsley and Kennedy. 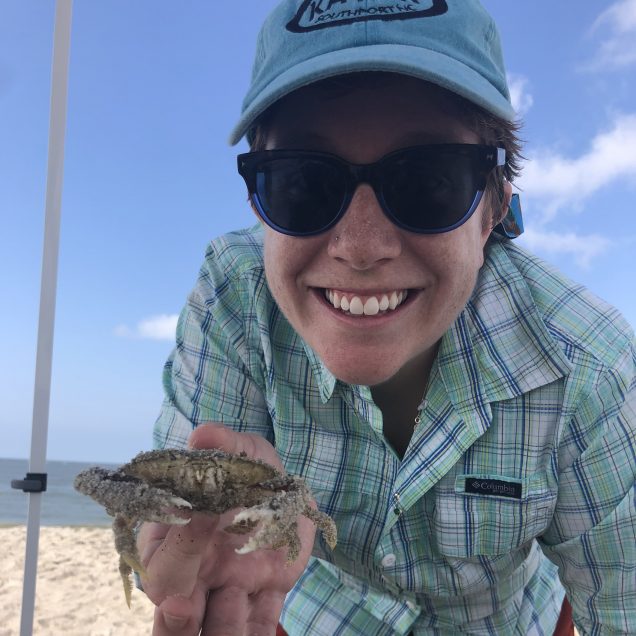 Website Google Scholar Twitter GitHub
Colleen received her PhD in Ecology from UNC Chapel Hill after completing her B.S. in Marine Biology at UNC Wilmington. She is joining the Davies Lab as a Postdoctoral Associate Lecturer in the Biology Department. Her research is focussed on assessing the physiological responses of organisms, predominantly corals, under global change. Outside of science and teaching, Colleen enjoys a good board game, hiking with her dog, and making tasty food and beer. 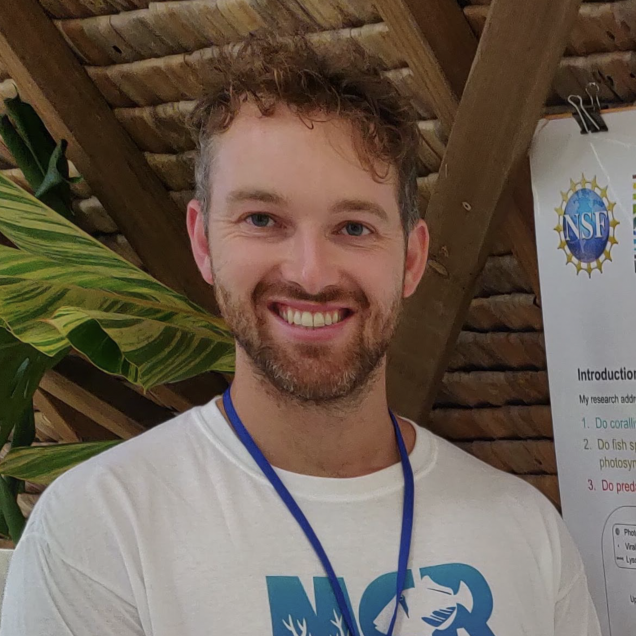 Twitter GoogleScholar GitHub
Carsten (Cas) received his PhD from Rice University after receiving his B.S. and M.S. degrees from the University of Amsterdam in the Netherlands. He is joining the Davies Lab as a postdoctoral researcher; his research will focus on determining how selection, plasticity, and dispersal shape coral success under pressure from global climate change. For this, he will be using coral populations that are naturally exposed to variable temperature regimes in Palau. In his free time, Cas enjoys traveling, running and hiking with his dog, and sampling all kinds of foods and beverages. 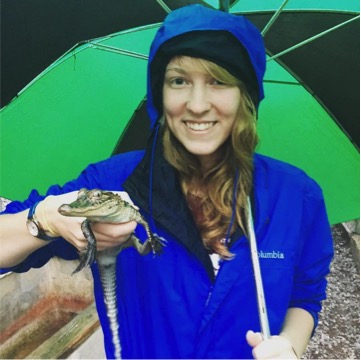 Twitter Google Scholar GitHub
Nicola earned her B.A. in Neurobiology from Hunter College in New York, where she studied the behavior and molecular biology of aquatic organisms such as weakly electric fish and squid. Her PhD dissertation is now focused on understanding how local reef environments shape communities of microorganisms living within corals. Outside of the lab, Nicola tries to keep houseplants alive, collects things with flamingos on them, and starts crafts projects without finishing them. 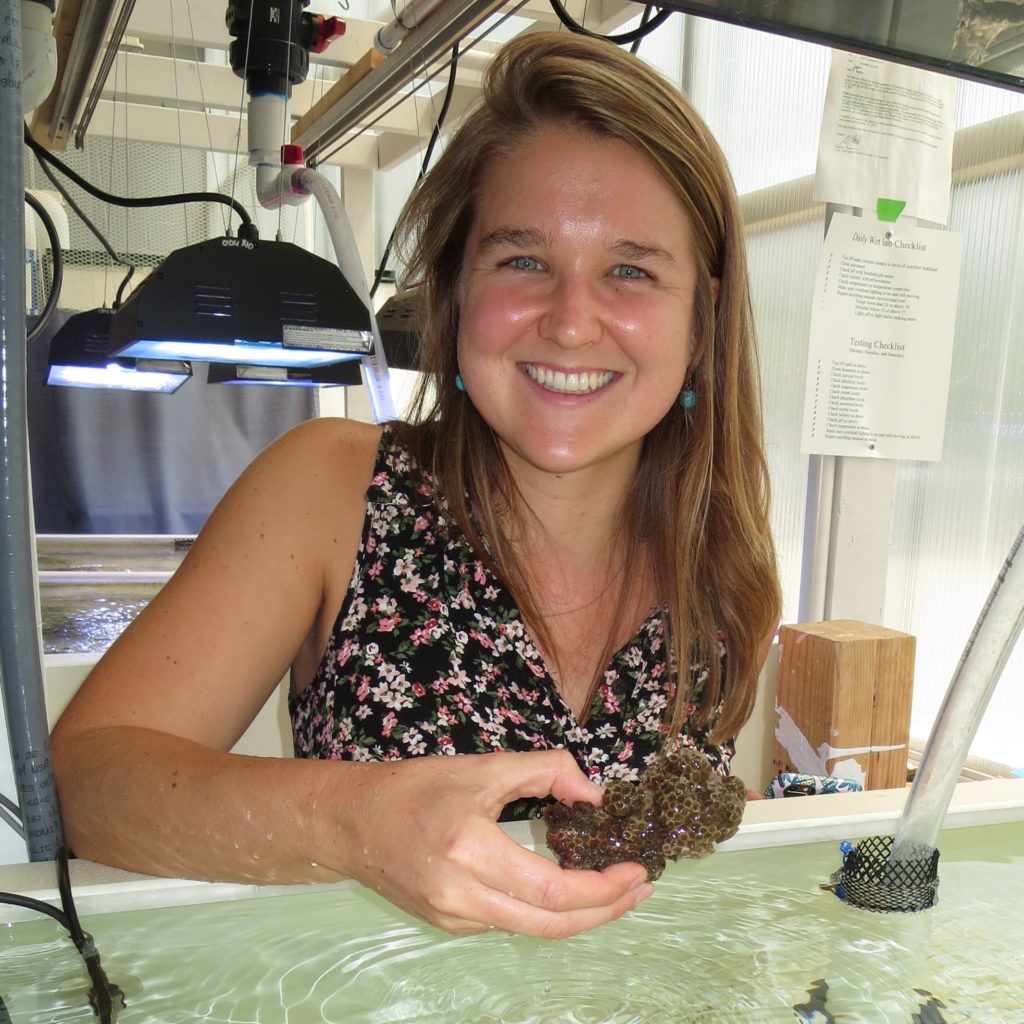 Twitter Google Scholar GitHub
Hannah comes to the Davies Lab after completing a B.S. in Environmental Science at UNC Chapel Hill and a M.S. in Biology at Old Dominion University in the Barshis Lab. Her M.S. thesis focused on understanding adaptation of the temperate coral Astrangia poculata to distinct temperatures across the species’ range. She looks forward to continuing to explore coral resilience and responses to rapid climate change using both physiological and molecular tools at BU. When she’s not nerding out about science, Hannah enjoys backpacking, sailing, and traveling to find delicious food and new breweries. 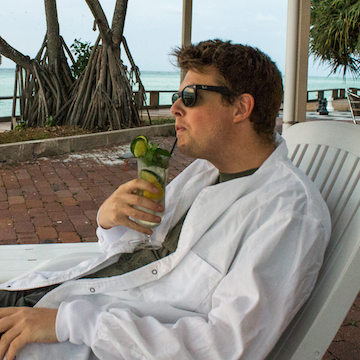 GitHub Website Twitter
Daniel received a B.Sc. in Psychology from the University of Victoria, during which he got his first aquarium and realized he really likes coral. This interest led him to work in larger public aquaria across Canada as an aquarium biologist. He then completed a M.Sc. in Ecology at the University of Calgary under the tutelage of Dr. Peter Vize. Daniel’s M.Sc. research focused on the genetic responses of coral to a variety of environmental cues. Outside of research, Dan enjoys fly fishing and adventuring with his dog. 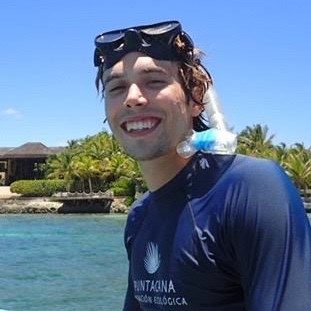 Google Scholar GitHub
James obtained his B.S. in Psychology at Trinity College and a M.S. in Biology at the University of Guam in the Raymundo Lab. His interest in coral started from a restoration perspective, working for several coral restoration programs in the Florida Keys, Dominican Republic and Guam. He has since shifted towards a molecular ecology focus, examining the molecular processes that underlie adaptation and stress responses in coral. James also enjoys listening to philosophy podcasts, arguing about movies, reading sci fi, and supporting Boston sports- he loves Tom Brady and doesn’t care who knows it. 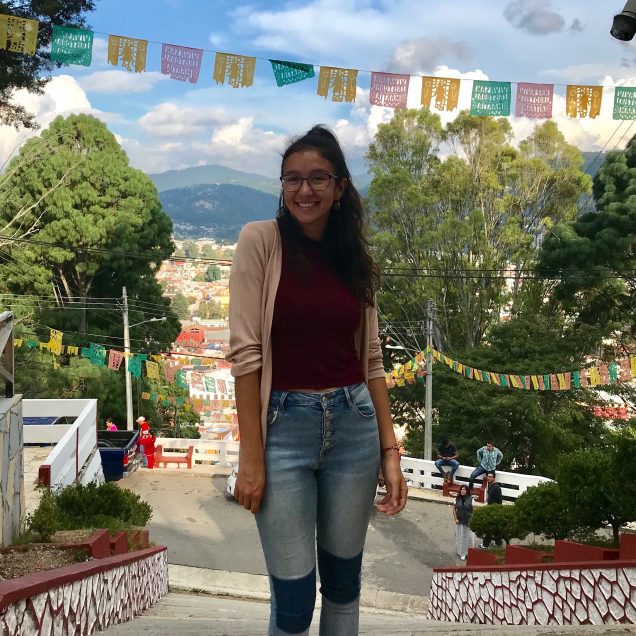 Maria earned a B.A in both Biology and Spanish at Swarthmore College – where she worked with Liz Vallen to express anemone proteins in yeast cells – before attending BU to pursue her PhD in Cellular and Molecular Bio with Sarah Davies and Tom Gilmore. Her research focuses on the molecular stress responses of coral and anemones with particular interest in the regulation of immunity and metabolism. When she’s not obsessing over the health of her lab animals, Maria enjoys biking, snowboarding (west coast best coast), and a good glass of cheap wine. 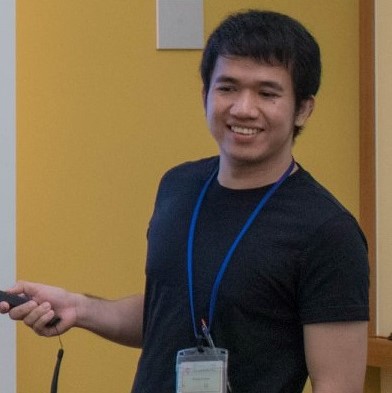 JK is a Filipino Ph.D. student fascinated by evolution of metazoan complexity. He received his Master’s degree at the University of the Philippines, exploring stress response and evolutionary neurobiology under Dr. Cecilia Conaco’s supervision. His favorite pastimes include exploring nearby cafes, cooking, and talking to his niblings 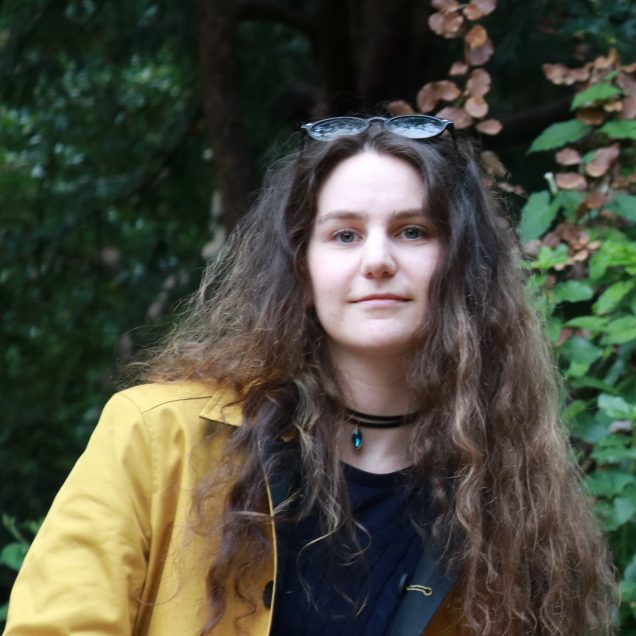 Lili is originally from Hungary but has been living in Scotland for the past 6 years. She completed her BSc in Marine Biology at the University of Aberdeen and received an MSc in Evolutionary Genetics from the University of Edinburgh. She is particularly interested in the genetics, evolution, and ecology of marine species. She joined the Biology PhD program at BU to combine her interests and work with Sarah Davies and Pete Buston. Her research focuses on understanding the genetic underpinnings of the competitive growth, induced by social behavior, displayed in Clown Anemonefish. In her free time, Lili likes hiking, nature photography, eating good food and sleeping. 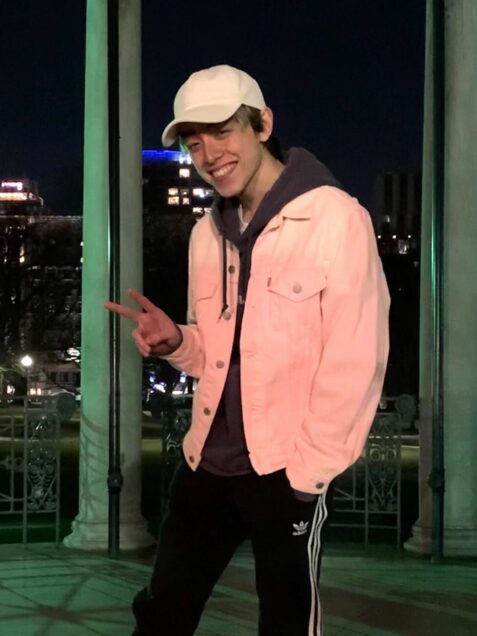 Kian is a recent Boston University graduate with a BA in Marine Science and a minor in Japanese. He continues to pursue his interest in marine life through working in the Davies Lab, Buston Lab, and the BUMP Lab. He has always loved marine animals and visiting aquariums from a very young age, especially in Japan, and he had marine aquariums at home for a few years. He enjoys cooking, snorkeling in warm places, occasional fishing, and going on drives! 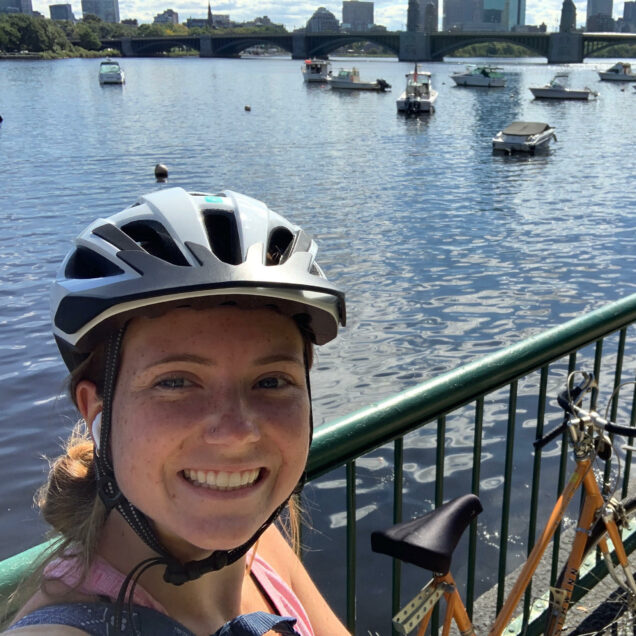 Annabel is a senior at Boston University on track to graduate in December with a B.A. in Marine Science. Her passion for coral research began while working for a coral reef restoration organization in the Dominican Republic on her gap year after high school. This experience combined with her research in the Finnerty Lab characterizing Belizean mangrove biodiversity make her super excited to join the Davies Lab. Her favorite things outside of the lab are biking on the Charles and eating pasta. 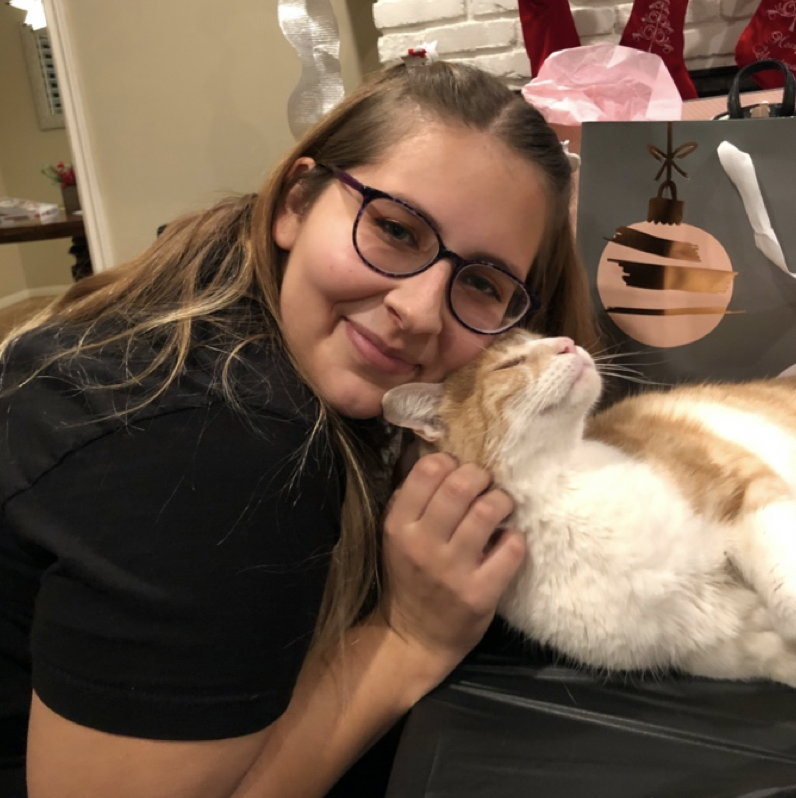 Kimberly is a current junior majoring in Biochemistry and Molecular Biology. She is from Southern California and loves all things related to animals. She has volunteered at Aquarium of the Pacific in Long Beach California as a part of the education department. She is excited to have the opportunity to expand upon her knowledge of marine life at the Davies Lab. Outside the lab, Kimberly is a proud cat lady who enjoys traveling, going to the beach, cooking new foods, and of course, spoiling her cats! 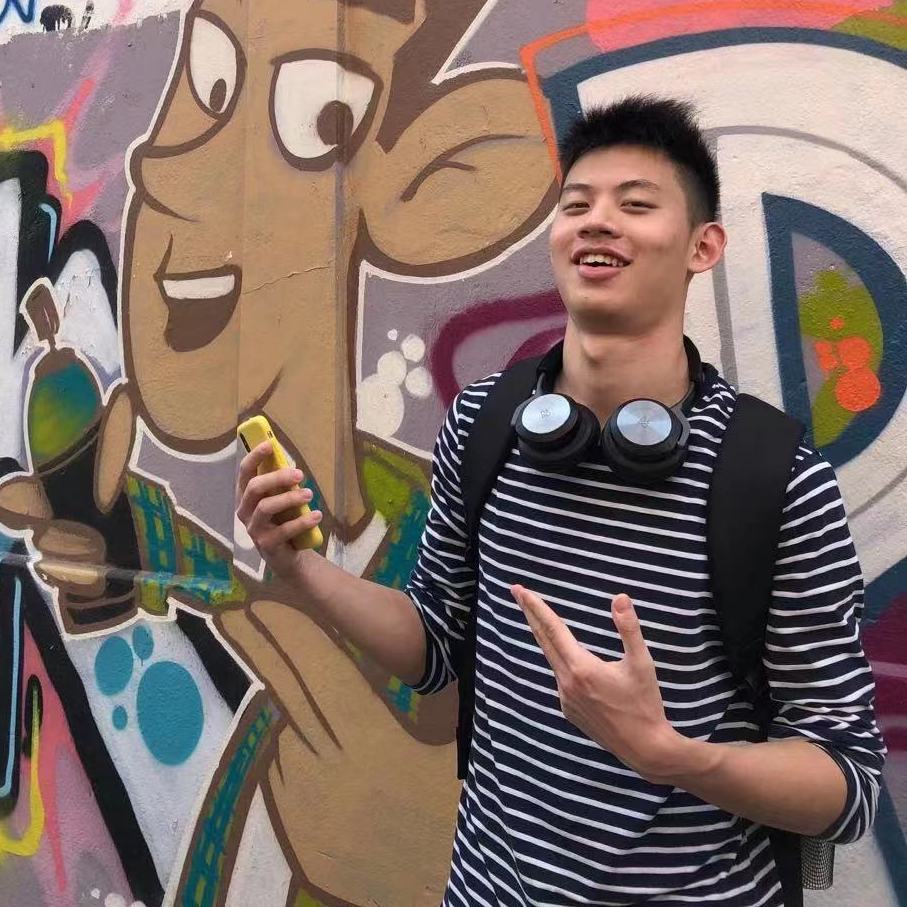 Yaoyuan is a junior majoring in Biology. He is from China and hoping to learn more about marine biology. He is also interested in computer science and wants to study more about the combination of biology and computer science. One application of that is biostatistics that is used in research of marine biology. In his free time, Yaoyuan enjoys playing soccer and video games. 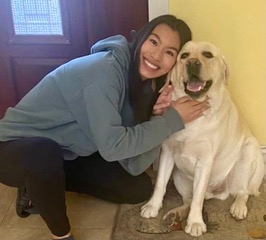 Angela is a junior studying Cellular/ Molecular Biology and Classics. She is from Long Island, New York and enjoys spending time by the beach with her dog. She is looking forward to learn and research more about marine life on a molecular level in the Davies Lab. She loves snorkeling, horseback riding, hiking and all things related to nature! 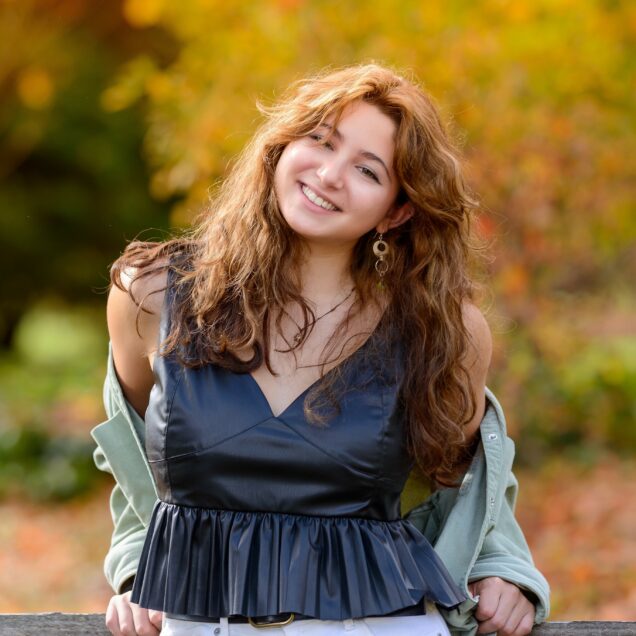 Sophia is a freshman from right outside of Boston majoring in marine science. She grew up observing the ecosystems along the Cape Cod coast where her interest in marine biology originated. After studying genetics in high school and seeing some of Boston University’s own research, she hopes to learn more about the overlap of marine biology and genetics. She also loves dancing, good food, and being outdoors whenever possible! 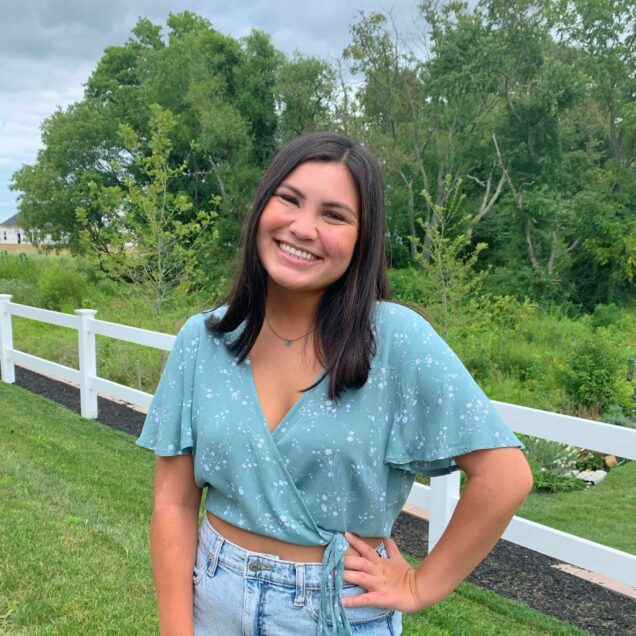 Ashley is a junior from New Jersey majoring in Biology CMG. She enjoys playing tennis, hiking, and going to the beach. She is excited to gain research experience and learn more about marine life in the Davies Lab. 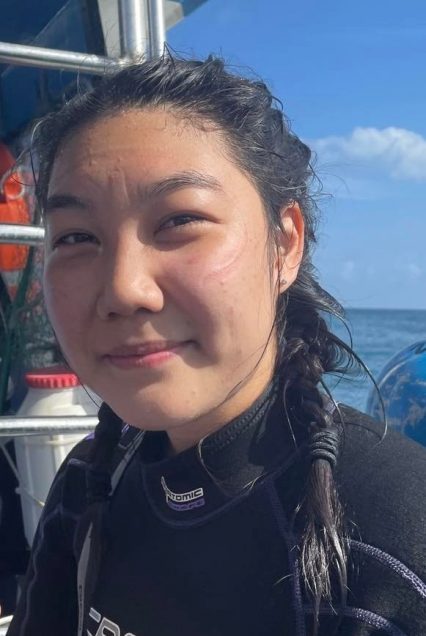 Audrey is currently a sophmore majoring in Marine Science. She is from northern California and has a twin sister who is also attending a university on the east coast. She has always loved animals, but fell in love with marine animals after a research project in fifth grade, regarding the Blue Ring Octopus and Flamboyant Cuttlefish. She hopes to learn more about the underlying mechanisms of marine organisms and how that impacts their response to environmental stressors. She is excited to be a part of the Davies Lab and hopes to gain more research experience. In her free time, she likes to cook, sew, and go on walks. 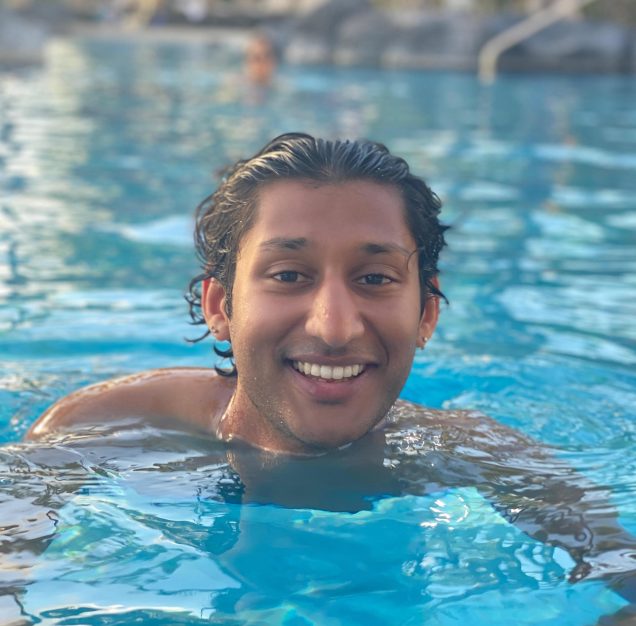 Aden, a sophomore marine science major, is from San Francisco and has been obsessed with all things marine since he can remember. His experiences open water swimming in California’s marine habitats and as marine lab steward at NatureBridge have made him eager to join the Davies lab. In particular he is excited to understand the far reaching effects that environmental stressors have on marine organisms. In his free time he enjoys running, exploring the city for good eats, and chilling with his cat. 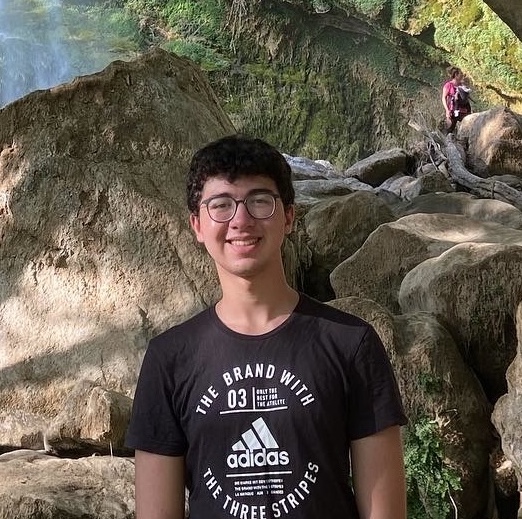 Kamel is a sophomore majoring in Biology. He is from Lebanon and lived in Abu Dhabi throughout high school. He grew up observing marine life in the Mediterranean Sea and this prompted him to join the Davies Lab. He is excited to gain research experience and is interested in potentially applying to medical school. In his free time, he enjoys going to the beach, hiking in the mountains, and playing soccer!