In today’s digital media era, people use social media so frequently in their daily life. Traditional media are declining in their gatekeeping role to determine the agenda and select which issues and viewpoints reach their audiences (Bruns, 2011). Apparently, instead of scanning news on traditional media such as newspaper and television, currently internet users have shifted to social networking sites. What’s more, machine learning algorithms are penetrated into almost every different social media platforms such as Twitter and Facebook. They help to predict human intention based on their historical and behavioral data like users’ online connections and the news they follow, with the primary purpose of keeping users more engaged with the content, and increasing both the number of views and time spent on the platforms. 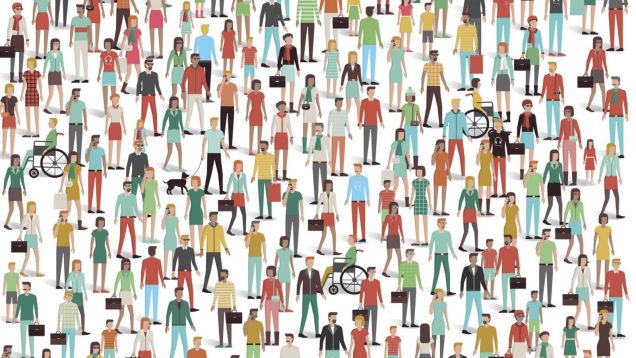 The term “filter bubble” was put by Eli Pariser in 2011. Since the personalization tools on various online platform show us only the news and information we already agree, we are blind to other perspectives (Pariser, 2011). Has what Pariser warned in 2011 become a reality today?

Let’s look back to the 2016 US presidential election. Both Hilary and trump supporters believed that they are going to take the presidency because all the news and articles they saw in their feeds are so convincing. However, the result of the election shocked everyone. Several scholars conducted research about the impact of “filter bubble” in the 2016 US presidential election. In Groshek and Koc-Michalska’s paper, they examined the extent to which filter bubbles may have boosted support for populist political candidates from the left and the right. Since Clinton was the only candidate where online network heterogeneity was statistically significant, there is almost no argument that can be made for online filter bubbles increasing support for more populist political candidates (Groshek & Koc-Michalska, 2017). The research shows the fact that increased reliance on traditional television as a news source related to an increased likelihood of supporting populist candidates on the right and decreased that likelihood on the left, suggesting that there is much more to individuals’ news consumption and candidate support than just social media use or filter bubbles alone (Groshek & Koc-Michalska, 2017).

While it is tempting to suggest that social media is damaging democracy and filter bubbles are responsible for the growing wave of populism evident in the US, the researchers think that it is premature to conclude (Groshek & Koc-Michalska, 2017). Moreover, though the findings do suggest that social media thus may have both, directly and indirectly, helped cultivate support populists in the primaries, according to Nelson, only in certain use cases that vary distinctly across political ideologies, and not explicitly through the mechanism of filter bubbles (Nelson, 2017).

During a recent interview, when talked about his views of the filter bubbles on 2016 US presidential election, Pariser said that he worried that people were taking a little bit too far. “The filter bubble explains a lot about how liberals didn’t see Trump coming, but not very much about how he won the election.” Pariser suggested, “Talk-radio, local news, and Fox are a much more important piece than random conservative fake news.” There is no doubt that social media platforms such as Facebook and Twitter, in particular, have an enormous effect on people’s voting behaviors and political discussion, but research concerning how “filter bubble” together with traditional media affect the populism during 2016 US presidential election can be further discussed.

Nowadays for most of the digital media users, they don’t even realize that the bubble is happening and social media and algorithms are limiting their experiences. “Your filter bubble is this unique, personal universe of information created just for you by this array of personalizing filters,” Said Eli Pariser, “It’s invisible, and it’s becoming more and more difficult to escape.” Even though the internet has brought people together, giving every individual the right to express their ideas, but the invisible effect of filter bubble should be paid attention to. In the book “Amusing Ourselves to Death,” Postman suggests that entertainment culture as epitomized and spurred by the television may lead to the ruin of public discourse. While apply to today’s environment of social media, it is true that the algorithms are curating the world for us and make us lose the deep-thinking ability. However, here is my question: is that the world we want?

Pariser, E. (2011). The filter bubble: What the Internet is hiding from you. Penguin UK.