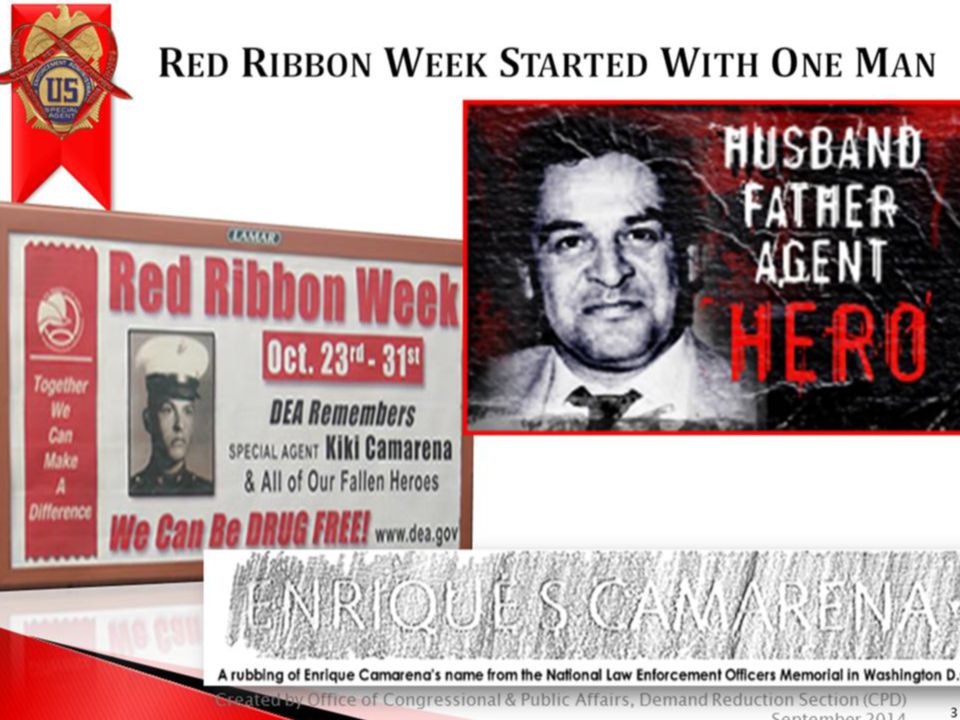 Enrique “Kiki” S. Camarena was a United States, DEA (Drug Enforcement Administration) Special Agent who was kidnapped, tortured, and killed in Mexico in 1985. The effects of this horrific tragedy shook the DEA, The United States, and Mexico. After Kiki went missing, while working in Mexico, the United States embarked on the most significant manhunt it had ever attempted until this time. The United States, especially the DEA, began hunting the person or people that had taken part in Special Agent Camarena’s kidnapping, torture, and murder.

Kiki was a decorated and valued DEA Special agent, but his story begins before he ever was employed by the DEA. In 1968 Kiki joined the United States Marine Corps. After serving in the Marine Corps for about two years, he joined the Calexico Police Department as a Criminal Investigator in 1970. In 1973, Kiki started working as a Narcotics Investigator with the El Centro Police Department (DEA.Gov). Kiki would stay with the El Centro police department until 1974. In June of 1974, Kiki joined the Drug Enforcement Administration (DEA).

Initially, Kiki would be assigned to some familiar territory in Calexico, California as a Special Agent with the DEA. Kiki had many resources with the local people as well as the local police department in Calexico, because of his prior service in the city.  In 1977 he was assigned to the Fresno district office in northern California. Kiki had an unmatched work ethic and an overwhelming never quit attitude; this allowed him to make some great connections with the local people and with the state officials while working in the district office. His Strong work ethic, his never quit attitude, along with being fluent in Spanish, made him a prime candidate to be assigned to Mexico in 1981, where he would work out of the Guadalajara Resident Office (DEA.Gov).

Kiki and his family moved to Guadalajara, Mexico in 1981. For four and a half years, Kiki remained on the trail of Mexico’s most significant marijuana and cocaine traffickers. “In early 1985, he was extremely close to unlocking a multi-billion-dollar drug pipeline. However, before he was able to expose the drug trafficking operations to the public, he was kidnapped on February 7, 1985” (DEA.Gov).

According to redribboncoalition.com, “his efforts led to a tip that resulted in the discovery of a multi-million-dollar narcotics manufacturing operation in Chihuahua, Mexico. The successful eradication of this and other drug production operations angered leaders of several drug cartels who sought revenge.”  Camarena was kidnapped on February 7th, 1985 by five armed men, driving a Volkswagen car, in the middle of the day while on his way to have lunch with his wife. Camarena’s Mexican pilot, Alfredo Zavala-Avelars, was also kidnapped in a separate but related incident, according to redribbonweek.com (Flores)

“At almost the same hour, Alfredo Zavala Avelars, a professional pilot for the Mexican Ministry of Agriculture, was seized by cartel operatives as he drove into the city from Guadalajara’s international airport, where he had just landed. Zavala was a close friend of Camarena and a DEA mole, regularly providing information about the comings and goings of regional drug lords who traveled in and out of the city aboard private aircraft, which he monitored and reported. Zavala, too, was forcibly carried to the house, for ‘interrogation.’” (The death house on Lope de Vega)

Kiki was kidnaped right in front of the Mexican Consulate’s office in Guadalajara. Five armed men grabbed him and threw him in a car. It is reported that they took him to a ranch that is known for drug activity and they kept him there for approximately three days. It was later discovered that Kiki was surrounded by Mexican intelligence officers from the DFS (a Mexican intelligence agency that no longer exists) while being kidnaped and tortured.

Kiki was held at 881 Lope de Vega in Guadalajara; this house was owned by Rafael Caro Quintero. Kiki was held against his will at this location for about three days. During this time Kiki was subjected to numerous torture techniques for over 30 hours. Quintero and others brutally assaulted Kiki over and over again. They crushed his skull, jaw, nose, and cheekbones by beating him with a combination of fists and a tire iron. They broke his ribs with numerous assaults to his mid-section. They were so brutal in their attack that they even drilled a hole in his head, and if that was not enough, they also tortured him with a cattle prod.

The torture that Kiki Camarena underwent was so intense that he passed out from the pain and almost died a few times during these torture sessions. Quintero was such a psychopath about the tortures that he ordered a cartel doctor to keep Kiki alive. “At that point, he administered lidocaine into his heart to keep him alert and awake during the torture,” (Jeunesse). Due to his numerous wounds from the torture, eventually Kiki could no longer be kept alive, and he died on February 9th, 1985.

Kiki was kidnapped and murdered because he was smart enough to realize that in order to capture the cartel leaders, the DEA would need to chase the money and not the drugs. “We were seizing a huge amount of drugs. However, we were not disrupting the cartels.  So he came up with the idea that we should set up a task force and target their monies.” (Jeunesse)

“The Mexican government knew what happened, and it became more clear to us that the government of Mexico indeed was covering up the assassination, the killing of Kiki Camarena. When we talked [to them about finding the body], they said, “Well, we have Mexican officers killed all the time. You may never get the body back.” Moreover, our response was, “Just look how we feel about the MIAs.” At that time, we had some 3000 MIAs missing from Vietnam. It continues to be a major issue.” (Drug Wars)

In February of 1985, the Customs Service Commissioner, William Von Raab, who was responding to an appeal from Francis M. Mullen Jr., the head of the Drug Enforcement Administration, ordered all U.S. Customs agents at every one of the 15 official crossings into and out of Mexico, to carry out an excruciating task of thoroughly inspecting every vehicle, looking for Kiki’s body. This operation came to be known as Operation Camarena.

“No one seriously believed that Camarena, an eleven-year DEA veteran, would turn up in the search. Instead, the border operation was the Reagan Administration’s way of trying to force the Mexican government of President Miguel de la Madrid Hurtado to step up its hunt for the missing agent.”

“All along the 2,000-mile U.S.-Mexican border, everything on wheels was stopped and thoroughly inspected and searched. At the point known as the “world’s busiest border crossing,” between Tijuana and San Ysidro, Calif., the usual 20-minute delays on the 22-lane northbound approach plaza dragged on for as long as seven hours.” (“DD”)

Many people criticized William Von Raab for his decision to “close the border.” However, within a week of the border being closed, Kiki’s body was recovered due to an “anonymous” letter that was sent to the police in Mexico with information about the location of Kiki’s body.

In March of 1985, the bodies of Enrique “Kiki” S. Camarena and Alfredo Zavala Avelars were found in Michoacán state which is located just southwest of Jalisco. The bodies were first buried in a wooded site in a metro area, and then later dug up and planted in the site that they were to be found at. Both of their bodies were badly decomposed when they were found by a farmer who was working his fields.

The United States authorities placed enormous pressure on the Mexican government to locate the people behind Kiki’s death. Due to this pressure, the Mexican government would eventually arrest, prosecuted and convicted Rafael Caro Quintero and others from the Guadalajara Cartel operations. Quintero was sentenced to 40 years in a Mexican prison. However, after serving only 28 of those years, a federal tribunal in Guadalajara ordered the drug lord’s immediate release. The court’s order was faxed to his place of incarceration and Quintero exited the Jalisco state prison 90 minutes later on August 9th, 2013.

“According to prison guards, Caro Quintero left with nothing but a small bundle of clothing, walking a kilometer up a dark and rain-slick road to the nearest highway, where unidentified persons waited for him in a car.” (The death house on Lope de Vega)

“Red Ribbon Week eventually gained momentum throughout California and later across the United States. In 1985, club members presented the “Camarena Club Proclamation” to then First Lady Nancy Reagan, bringing it national attention. Later that summer, parent groups in California, Illinois, and Virginia began promoting the wearing of red ribbons nationwide during late October. The campaign was then formalized in 1988 by the National Family Partnership, with President and Mrs. Reagan serving as honorary chairpersons. Today, the eight-day celebration is an annual catalyst to show intolerance for drugs in our schools, workplaces, and communities. Each year, on October 23-31, more than 80 million young people and adults show their commitment to a healthy, drug-free lifestyle by wearing or displaying the red ribbon.”(DEA)