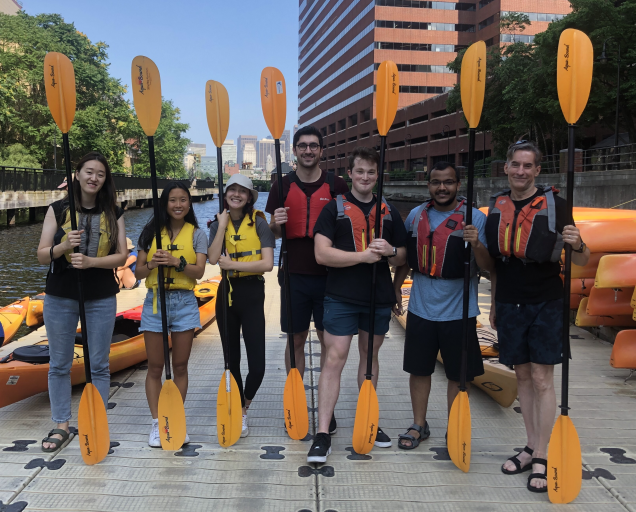 I’m from Seoul, South Korea. I received Ph. D. at Sogang University in 2020 and started working as a postdoc in Straub’s group. I studied polymer physics via computer simulations during my PhD. My researches in Straub’s group is focused on protein partitioning in lipid membranes and coarse-grained study on Serum Amyloid A.

I am from Kolkata, India. I did my BSc from the Ramakrishna Mission Residential College, Narendrapur, and MSc from the Indian Institute of Technology, Kharagpur. I joined Boston University in 2019. In the Straub group, I study protein homodimerization in membrane bilayer. I also work on the bacterial membranes and study modified forms of cholesterol in membranes.

I am from Minnetonka, Minnesota and completed my undergraduate studies at the University of St. Thomas in St. Paul, Minnesota. I joined the lab in 2020. My work in the Straub Group includes studies of β-secretase, α-secretase, the C99 fragment of Amyloid Precursor Protein, and the Serum Amyloid A protein fibril.

My name is Fiona Kelly and I am a third-year undergraduate student majoring in Chemistry at Boston University. I grew up in Shanghai China and went to boarding school on Vancouver Island Canada. I joined the lab group this Fall and am excited to work on upcoming projects within the group.

I am currently an undergraduate student studying Biochemistry and French at Middlebury College. I joined the Straub Group in the spring of 2021 and have been focusing on investigating the Serum Amyloid A protein fibril and Heparin binding using molecular dynamics.