After reviewing human research that showed continued impaired cognitive function even three restoring sleep days after severe sleep deprivation, Sigrid Veasey, MD, wanted to figure out exactly if chronic sleep loss injures neurons, and if so what neurons are injured and if the injury is reversible. To do this, Veasey and her colleagues used a chronic sleep deprivation model in mice. Her team found that after periods of short-term sleep loss, locus coeruleus (LC) neurons (neurons critical for alertness and optimal cognition) upregulate protein sirtuin type 3 (SirT3), which acts to protect the neurons from injury. However, after long term sleep loss, the SirT3 response disappears; after extended long term sleep loss, the mice exhibited reduced SirT3 protein, and increased cell death – up to 25% of LC neurons were lost. 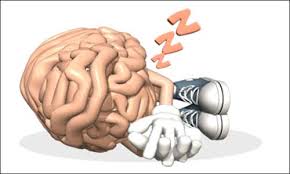 Of particular interest to Veasey was that the LC neurons adapt to short term sleep-loss, but the SirT3 response vanishes once the mice experience chronic sleep loss. This means that potentially, raising SirT3 levels in LC neurons can protect or restore them after extended sleep deprivation. Using modern techniques, it is now possible to overexpress SirT3 protein in LC neurons, and that is the next step in Veasey’s research. Veasey hopes to show that upregulating SirT3 protein can save LC neurons from dying. If she is successful, then hopefully a promising new therapy can be developed to save the neurons of overtired shift workers and college students alike. However, until that therapy arrives, it is important for all chronically over-tired people to realize that continual sleep deprivation causes physical brain damage. So, to all the college students out there: before you hit play on your fourth episode of House of Cards when it’s three in the morning, remember the show can wait! Your neurons, however, can’t wait to sleep.