The IETF defines a MANET (Mobile Ad Hoc Network) as “an autonomous system of mobile routers (and associated hosts) connected by wireless links–the union of which form an arbitrary graph. The routers are free to move randomly and organize themselves arbitrarily; thus, the network’s wireless topology may change rapidly and unpredictably. Such a network may operate in a standalone fashion, or may be connected to the larger Internet.

This research-focused course considers this evolving area of ad hoc-rapidly deployable networks in the context of large-scale pervasive computing. Related areas of wireless, packet radio, ubiquitous, nomadic computing will be considered in support of the primary topic. The course material will be biased towards distributed systems and networking issues rather than to core physical-layer communications technologies.

The course goals are to gain an understanding of the topic area via investigation of recent literature, the development of a research taxonomy of the topic space, and to pose new research problems. Students will develop proposal writing and presentation skills, and will investigate problems as a basis for follow-on practical software development or theoretical research in other courses.

Course reading: Readings will be selected from recent conferences, journals, and technical reports.

Lam and Little awarded US patent for Ray-Surface Positioning System and Method US Patent No. 10,527,712 B2

Elgala and Little awarded US patent for system and method for embedding phase and amplitude into a real-valued unipolar signal. US Patent No. 10,491,305 B2

Bishop, Little, Morrison, and Imboden awarded US patent for varifocal, tilt, tip, piston MEMS Micromirror for lighting and communications applications. US Patent No. 10,451,808 B2 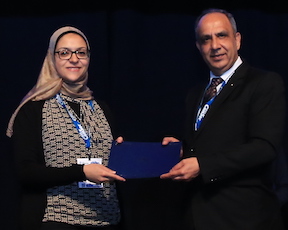 Little and Elgala awarded US patent for combining data modulation with dimming for lighting systems. Patent No. 9,621,268 B2