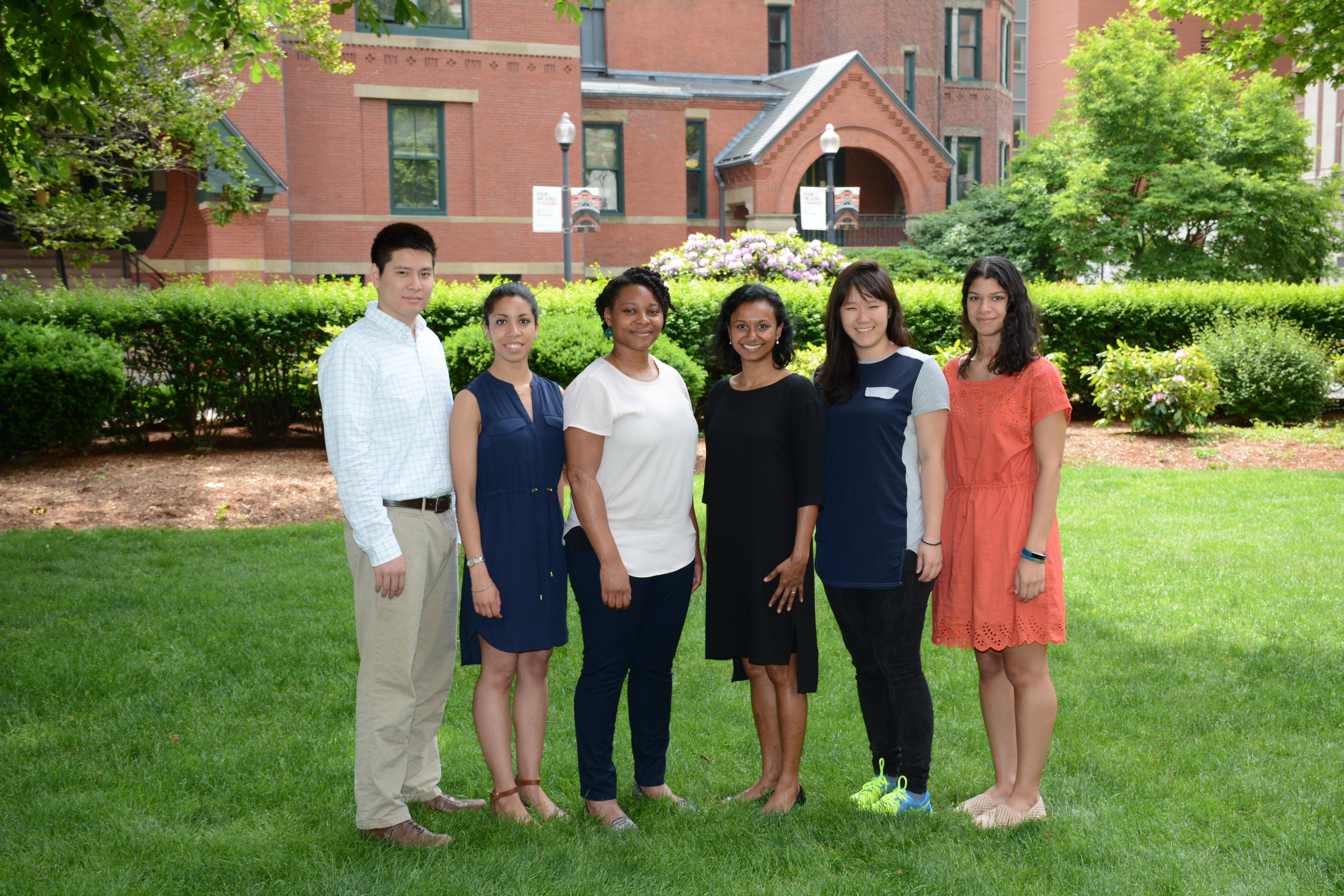 Dr. Shruthi Mahalingaiah is an Assistant Professor of Obstetrics and Gynecology and board certified in Obstetrics and Gynecology, and Reproductive Endocrinology and Infertility. She has a long standing appreciation of the benefits of a clean, balanced, and resilient environment on promoting health. Her lab group at Boston University School of Medicine/Boston Medical Center focuses on identifying environmental exposures and modifiable risk factors in the pathogenesis of polycystic ovary syndrome. She is currently funded on the Reproductive Scientist Training Program, RSDP K12, and was previously supported as a Scholar on the Building Interdisciplinary Research Careers in Women’s Health (BIRCWH) program to study air pollution and risk of gynecologic disease incidence. Her current research focuses on environmental exposure and polycystic ovary syndrome (PCOS) incidence, severity, metabolic sequelae, and risk modification.

During her trips to India to visit family, she was struck by the increasing level of air pollution, poorly regulated vehicular exhaust, burning trash, and general levels of litter.  At the same time, there was an increase in the number of infertility and gynecologic laparoscopy clinics that had proliferated in her birth town.  These observations are what led her to pursue her current research.

Dr. Mahalingaiah was born in India and immigrated to Connecticut with her family at an early age.  She continued her learning at Middlebury College in Vermont. Prior to medical school, supported by a Thomas J. Watson Fellowship, she lived in Bali and the Ecuadorian Amazon Basin studying the role of ritual in the healing process.  She attended Harvard Medical School and completed her residency in the OB/GYN Combined Program at Brigham and Women’s/Massachusetts General Hospital.  After completing her fellowship in Reproductive Endocrinology at Brigham and Women’s Hospital, she joined the faculty at Boston University School of Medicine.  She recently completed her Masters of Science in Epidemiology program at Boston University School of Public Health.  Dr. Mahalingaiah has three daughters – two of which are identical twins. 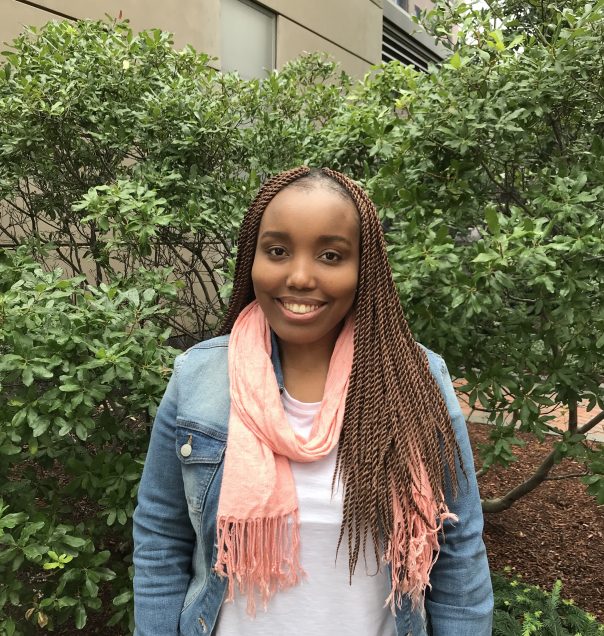 Pascaline W. Karanja, B.A., is a M.S. student at Boston University School of Medicine. She graduated from Boston University in May 2017 with a B.A. in Biology and a Minor in Psychology. Pascaline is now fulfilling the thesis component of her M.S. in Medical Sciences degree with the Mahalingaiah Lab as a research assistant. Her current responsibilities include supporting the progress of the lab’s Validation study of an Androgen Excess score and its patient recruitment. As someone who was born in a country (Kenya) where a large percent of the population is medically underserved, in the future she hopes to advocate for those that would otherwise not receive quality medical care, especially children and women. She believes that participating in research will help her become a physician that is open to innovation and receptive to new research findings allowing her to provide her patients with the best medical care available. 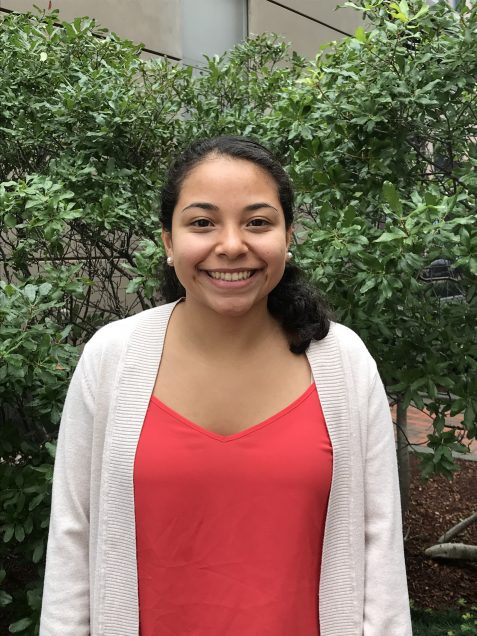 Erika Rodriguez is currently pursuing a M.S. in Medical Sciences program at Boston University School of Medicine. She graduated from New York University in 2017, earning her B.S. by completing a major in Global Public Health and a Chemistry minor. Sparked by her coursework in public health, she has been interested in the impact of environmental risk factors on women’s health. In the future she hopes to pursue a career in medicine working with either women or children. She is currently working as a research assistant in the Mahalingaiah lab focusing primarily on the Ovulation and Menstruation Health Study. Her responsibilities include contributing to the collaboration with menstruation and women’s mobile health applications.

Jay Cheng, M.S. is the Research Program Coordinator for the Mahalingaiah Lab. He received the M.S. in Medical Sciences at Boston University School of Medicine. His research involves developing bioinformatics tools for identification of polycystic ovary syndrome in Boston Medical Center’s Clinical Data Warehouse and using these tools to probe the epidemiology of the disease. His work has led to the preliminary identification of underdiagnosed patients. His administrative responsibilities include managing the lab’s finances and writing IRB documents. Jay’s other research interests include the diagnostic aspects of PCOS and modeling longitudinal cardio-metabolic outcomes. Prior to joining the Mahalingaiah Lab, he received the A.B. in mathematics from Princeton University. Outside of the lab, Jay enjoys listening to music, reading books, and learning languages. 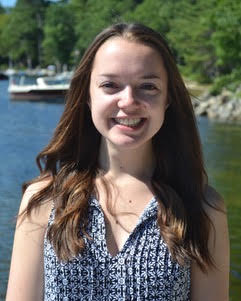 Anna Williams, B.S., is a M.S. student at Boston University School of Medicine. She graduated from Bates College in May 2016 with a B.S. in English, having completed a senior honors English thesis, entitled “Empathy, Medicine, and the Novel.” Anna is now fulfilling the thesis component of her M.S. in Medical Sciences degree with the Mahalingaiah Lab as a research assistant. Her responsibilities primarily include patient recruitment for the lab’s Ovulation and Menstruation (OM) Study. Her interests lie in obstetric, gynecological, pediatric, and psychiatric medicine. Outside of her studies, Anna enjoys reading contemporary literature, skiing, and traveling.

Completed Thesis: Correlates of Completion Rate and Question Comprehension for a Multi-Ethnicity Online Study of Ovulation and Menstruation Health (2018) 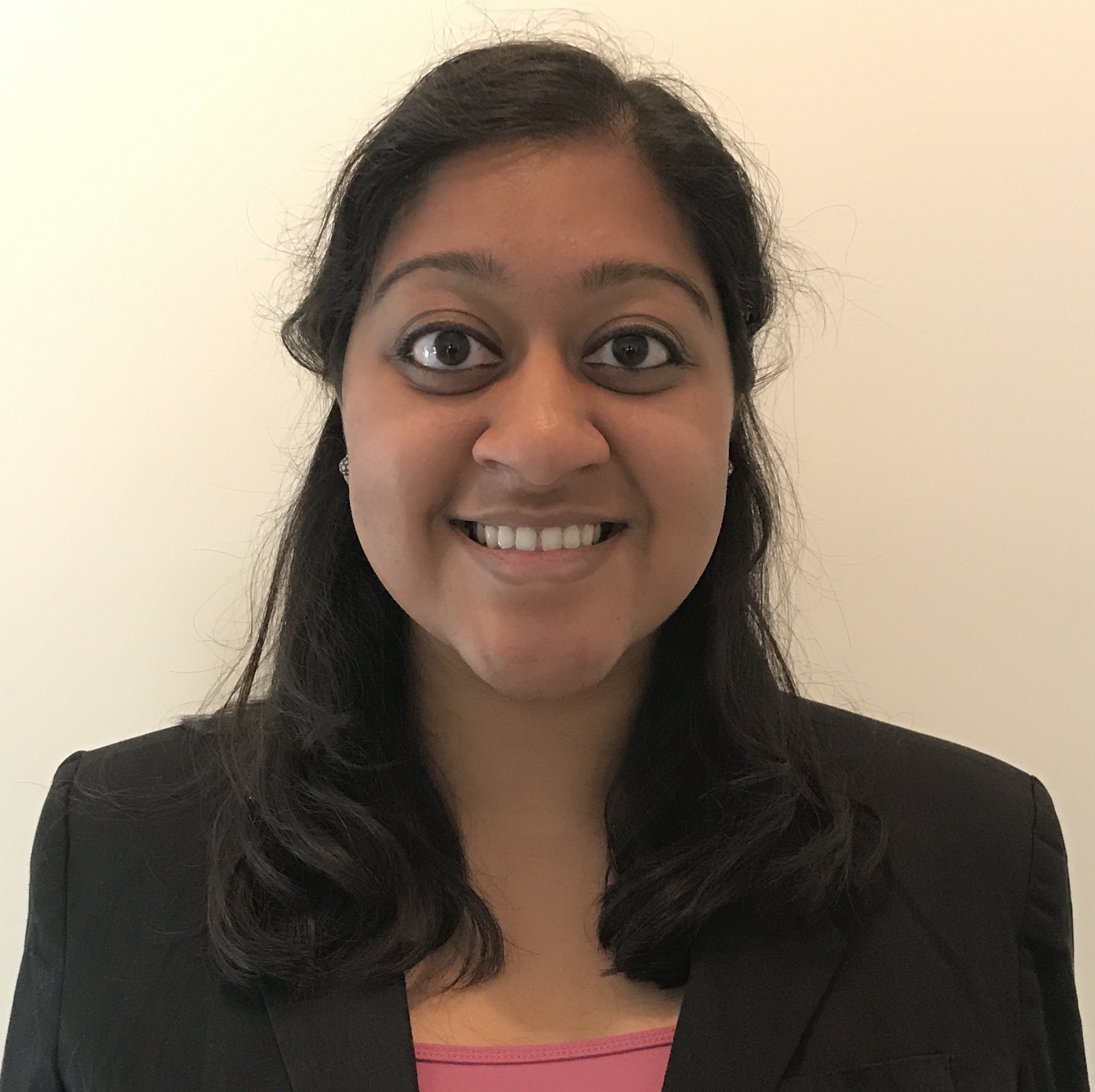 Rashmi Madhavan is currently a student in the M.S. in Medical Sciences program at Boston University School of Medicine. She graduated from Emory University in 2015, earning her B.S. degree with the completion of an anthropology and human biology major and a women’s, gender, and sexuality studies minor. Her academic background combined with her interest in pursuing medicine drew her to issues of reproductive health and reproductive justice, and encouraged her to pursue experiences with women’s health centers and organizations for sexual violence prevention. She is now completing her master’s thesis under the supervision of the Mahalingaiah lab, working in conjunction with endocrinology fellow Dr. Hannah Mathew on the development of a group care model for the management of PCOS. Outside of academics, Rashmi enjoys dancing, traveling, and reading.

Completed Thesis: Prevalence of PCOS Diagnoses Among Women With Menstruation Irregularity in a Diverse Multiethnic Cohort (2018) 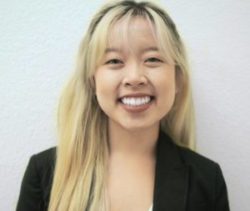 MyMy Nguyen is currently a student in the M.S. in Medical Sciences at Boston University School of Medicine. In June 2015, she graduated from UC Davis with a double degree in Neurobiology, Physiology, Behavior (B.S.) and Psychology (B.A.). Due to the negative stigma against reproductive health in Asian cultures, she has dedicated much of her undergraduate career working with underserved Asian communities in Sacramento, CA to reduce the rates of cervical cancer. Her strong interest in reproductive health leads her to encourage women to be proactive with themselves. Currently, she works as a research assistant with Dr. Mahalingaiah, focusing on creating a larger and multi-ethnic PCOS cohort through the Ovulation and Menstruation Health Study.

Meghan Hewlett, M.S., M.P.H. is a medical student and research assistant at Boston University School of Medicine and Boston Medical Center. She earned her B.S. in Neuroscience at the University of Michigan, and received her masters degrees from Boston University School of Medicine and Boston University School of Public Health. Meghan’s research work with Dr. Mahalingaiah involves environmental toxicants and their etiological contribution to the development of gynecological disease, particularly polycystic ovary syndrome (PCOS). Her interests also include the influence of gynecological disease on the pathogenesis of chronic illnesses such as cardiovascular disease and diabetes mellitus. Through her research, she aims to better understand this relationship and its role in the increasing prevalence of chronic disease among women, especially among those who are medically underserved. Despite being a native Midwesterner, Meghan loves living in Boston and enjoys hiking and camping all over the Northeast. Outside of her research and medical studies, she also enjoys running and photography. 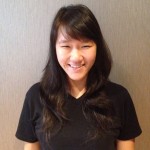 Erika Chow, M.S. is a research assistant at Boston University School of Medicine and Boston Medical Center.  Her alma mater was Columbia University, and she received her masters from Boston University School of Medicine.  She is currently working with Dr. Shruthi Mahalingaiah on the effect of environmental pollutants on reproduction and fertility.  She became interested in the effect of environmental pollutants after reading Rachel Carson’s Silent Spring.  She is also particularly interested in the declining birth rate in first world countries due to an increasing number of women choosing to focus on careers rather than having a family.  This topic is particularly important to her because the obstetric hospitals of her native country, Taiwan, have been slowly shutting down due to a decline in births.

She is also a research assistant and phlebotomy technician for Dr. Antonella Lavelanet in the Family Planning Department of Boston Medical Center, working on a pharmacokinetics study of the contraceptive patch.  Lastly, she is working with Dr. Margaret Bauman in the Neurobiology and Anatomy Department of Boston University School of Medicine on a rat model study investigating the dispersion and binding affinity of dopamine receptors in individuals with sensory processing disorder versus healthy controls.  Erika is culturally a mix of Northern California, New York, and Taipei.  In her spare time, she loves books, photography, UFC, and cooking.

Completed Thesis: The Longitudinal Impact of Parent Distress and Behavior on Psychological and Functional Disability Outcomes Among Youth With Chronic Pain (2015)

Samantha Gaines is a summer student currently earning a Bachelor’s degree in Biology from Middlebury College in Middlebury, VT. As a Research Assistant in the Mahalingaiah lab, Samantha is investigating the effects of pollution on female reproduction and infertility. She is specifically interested in the endocrinological changes that occur with gynecological disease, especially polycystic ovarian syndrome (PCOS). Samantha is looking forward to applying to medical schools in the near future, and hopes that the knowledge and skills gained from the lab bring her unique insight. In her spare time, she enjoys cycling, reading, and spending time outside. 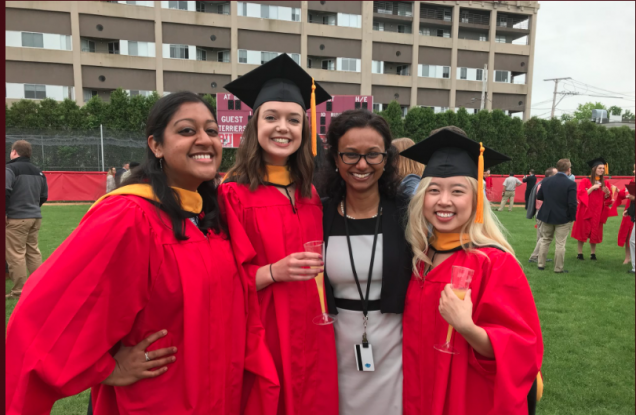 Dr. Mahalingaiah with former Lab members Rashmi, Anna, and Mymy during their Masters graduation ceremony: May 2018. 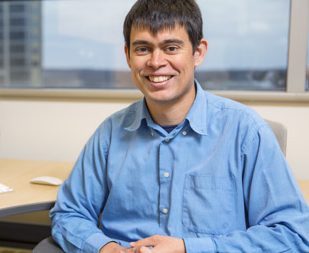 Gonçalo Abecasis, D.Phil has devoted his career to advancing our knowledge of genes, how they work, and how they are involved in common diseases. He is involved in many international group efforts to understand the how genes cause diabetes, heart disease, addiction, obesity, macular degeneration, psoriasis, and numerous other diseases. In 2015, he launched Genes for Good, an online genetics study that collects self-reported measures via a Facebook app. He and his team are excited to collaborate with the Mahalingaiah lab by collecting women’s health outcomes in their primarily-female cohort and contributing to analyses on polycystic ovary syndrome and related traits.

Kathryn Gray, M.D., Ph.D. As a physician-scientist with fellowship training in maternal-fetal medicine and clinical genetics, Dr. Gray is interested in using multi-omic approaches to understand the pathophysiology of adverse obstetric outcomes, in particular preeclampsia and postpartum hemorrhage. She is currently working to establish a preeclampsia consortium with both maternal and fetal samples and has partnered with Genes for Good and the Ovulation and Menstruation Health Study to collect data on those who have developed preeclampsia during pregnancy.