We look forward to welcoming a wonderful group of new students into our programs this fall. Enjoy getting to know a few of them here. 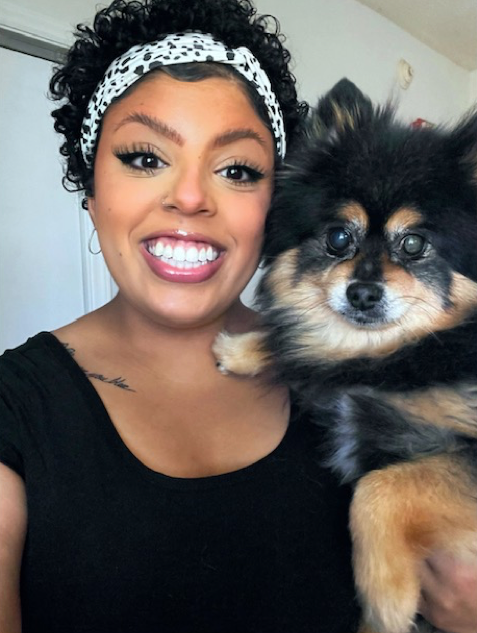 Born and raised in northern Ohio, Michaela Gilgenbach’s love of food and culture developed early on. She spent most of her time engrossed in food shows and making a mess of the kitchen. She made it her duty to attend every food festival every summer where her interest only grew bigger.

While completing her undergrad in Spanish and International Studies at Wittenberg University, Michaela began to share her love of food and culture with others. Hosting big family style meals alongside her best friend starting in their tiny dorm room and later on in their apartments.

Even after moving to Tennessee to teach Spanish, Michaela took her love of food and culture with her. She helped host a food club, where students would learn about the process of making certain foods and their history. She would try to master the different cooking styles and expand her knowledge even more during the pandemic. She spent most of her time researching and exploring what new foods she could learn about and make next.

Following her long journey to Boston with her two old pomeranians in June. Michaela is excited to be joining the Gastronomy program starting in the fall. She hopes to continue to learn and grow her love of food. She is thrilled to see where this new journey takes her! 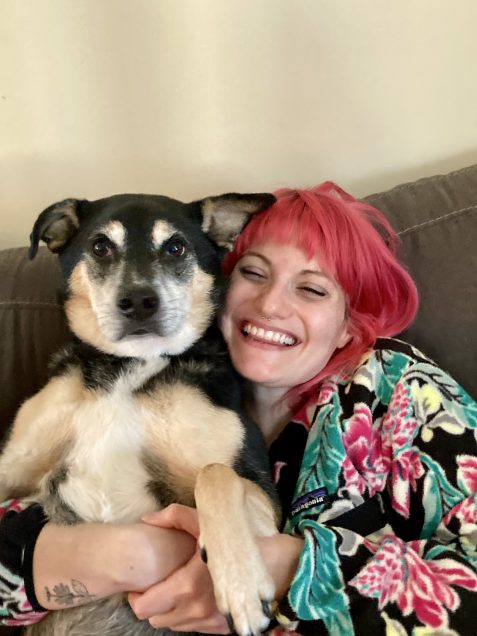 Anna Salzman is a Midwestern transplant originally from Dallas Texas. After graduating from the University of Evansville with a BA in Archaeology without ever having seen an Indiana Jones movie, Anna decided to throw herself straight into the work force. She held various jobs including unloading trucks for retail, giving tours of a still functioning World War II LST, and as a bank teller. While she had mastered her customer service voice and telling others about the importance of revolving credit, she felt the need for a drastic change of pace. Her first taste of farm fresh strawberries at the Bloomington Indiana Farmers’ Market eventually lead her to culinary school in Bloomington. Anna had never baked anything more than simple sugar cookies from scratch before and really had no solid intention of finishing the program. However, thanks to the energy and enthusiasm of her first baking instructor, she graduated and has been working as a pastry chef both in catering and institutional food service.  She even went on to become an adjunct chef instructor herself. Making bread baking and pastry cream making (two of Anna’s favorite pastimes) more accessible to a variety of students has been the highlight of her career in food thus far.

Anna is pursuing her MA in Gastronomy in the hopes of improving sustainability efforts within institutional food service as well as access to nutrition education.

Anna is beyond excited to move to Boston from the Midwest to experience the culture, food, and New England weather. Her interests outside of food include running, weightlifting, hiking, pretending to be good at indoor rock climbing, and lounging with her fiancé, Jim and dog, Aldo while watching the same episodes of the same sitcoms they have all three seen countless times. 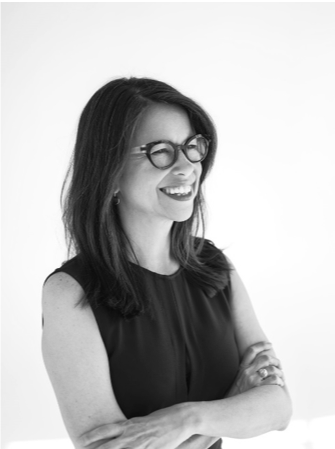 Elsa Underwood began her love affair with food at an early age. Even as a small child, she had an affinity for going to the grocery store and begged her father to take her to the local butcher on Saturday mornings.  While traveling and spending time with family in Mexico, every memory is accompanied by the menu.  Her childhood home was always just one perfect song away from a full-on fiesta, and food was always the center point around which everyone gathered.

These early experiences inevitably led to a B.S. Degree in Agriculture from Texas A&M University, then a 28-year career in the food industry.  Being surrounded by people who think, breathe, and eat food for a living is where she is most comfortable, having worked for food brokers, directly for food manufacturers, and for most of her long career, for H-E-B Grocery Company where she currently serves as Global Sourcing Manager.  She has traveled the world and her own backyard, doing business with the largest CPG companies, as well as the smallest of small food entrepreneurs in Texas.

She is confident the gastronomy studies program at BU will satisfy her natural curiosity as well as give her a richer vocabulary with which to express herself.  What she hopes to come away with is an even keener understanding of how food can cross cultural and language barriers, so her business connections are not only more productive, they are more enjoyable and long lasting.

Elsa enjoys spending time with her husband of over 30 years, surrounded by friends, family, food, and fun.