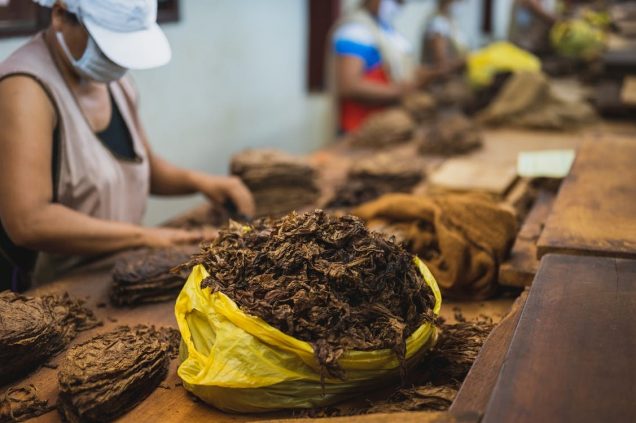 The often-cited Sustainable Development Goal Target 12.3 aims to reduce global food waste by 50 percent by 2030. However, according to all metrics, the world is woefully behind schedule when it comes to meeting this goal.

Perhaps the most egregious of our food waste sins is the wasting of meat products. That’s because when we waste meat, we’re not just wasting the flesh of the animal itself—we’re also wasting the huge number of resources that went into raising and housing that animal and preparing it for slaughter. If we feel guilty about throwing out that shriveled cucumber in the back of our fridge, we should be concerned about pitching out that half-eaten package of ground turkey even more.

But some meat waste happens not because we forget to cook the pork that gets lost in the back of our fridge. Instead, it happens before the food even reaches our homes. Particularly in the U.S., offal meats, organs including tripe, liver, and kidney, are unpopular cuts of meat. Instead, we’d rather opt for the chicken breast and legs instead of the liver. Wondering what happens to those organ meats? They often go to waste completely, since grocery stores know that there is limited demand for them. In fact, can you remember the last time you saw kidneys sold at your local chain supermarket?

Our disdain of organ meats is largely cultural, though. During WWII, when rationing was viewed as an important part of the war effort, organ meats were mainstream and considered enjoyable. A cookbook from this era entitled What Do We Eat Now? provides several offal recipes that are framed as neither exotic or undesirable: They were just normal cuts of meat. But as Americans got wealthier and had more access to more “desirable” cuts of meat, offal fell out of fashion. That’s a shame considering the nutritional content of many types of offal. Liver, for example, is an excellent source of iron, a mineral that many are deficient in.

Other cultures, though, continue to embrace offal and even treat it as a delicacy. The French make pate, which is considered a luxury food item by many. Many in east Asian countries eat tendon, which has a lovely soft, chewy texture when cooked in broth or marinated with flavorful fats. And in places like Spain and Panama, pig’s ears and trotters are considered a delicious appetizer, full of flavor and interesting textures.

The younger generations alive today are crossing cultural barriers like none before them. It’s easier than ever to connect with people on opposite sides of the world, and the relatively low prices of plane travel these days make international travel an option to more and more people across the world. As people in the United States and the rest of the non-offal-eating world gain greater access to parts of the planet where people do eat offal, we should start to question our own food habits. Why wouldn’t we adopt the practice of eating offal, especially when other cultures make it taste so good? International food is gaining more widespread acceptance in the U.S., which makes this a prime time for chefs and food influencers to make a push to make offal delicious again.

According to a 2019 study from Germany, choosing offal instead of more “conventional” meat just one or two times a week could “reduce livestock emissions by as much as 14 percent.” This sort of change doesn’t require people to give anything up to make a change—instead, it simply encourages them to try something new. And since people don’t like to feel like they’re being restricted, the idea of adding something into their diet is likely to seem more appealing than taking something out.

Of course, while reaching the goal of reducing food waste by 50 percent by 2030 is going to require a lot of changes to policy, we must also encourage individuals to change their habits. This doesn’t always have to be an unpleasant experience. When we can get eaters to expand their culinary horizons by eating offal, we’re not just reducing food waste—we’re also encouraging more cultural acceptance between different ethnic groups and nationalities. If we can do both at the same time and make it delicious in the process, why wouldn’t we?