Professor Benjamin Siegel will speak in our  Spring 2021 Pépin Lecture Series in Food Studies & Gastronomy on his book Hungry Nation: Food, Famine, and the Making of Modern India. 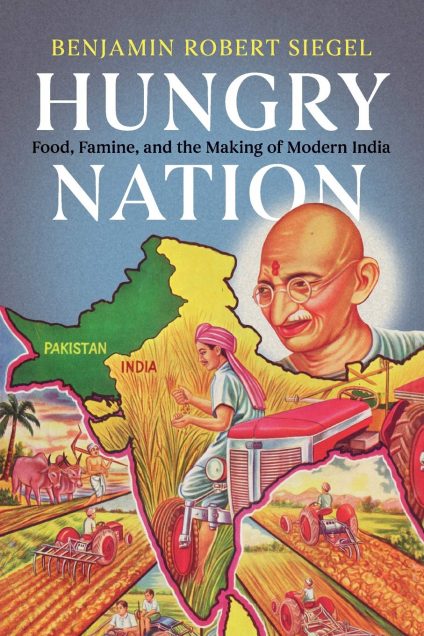 Hungry Nation: Food, Famine, and the Making of Modern India is an ambitious and engaging new account of independent India’s struggle to overcome famine and malnutrition in the twentieth century traces Indian nation-building through the voices of politicians, planners, and citizens. Siegel explains the historical origins of contemporary India’s hunger and malnutrition epidemic, showing how food and sustenance moved to the center of nationalist thought in the final years of colonial rule. Independent India’s politicians made promises of sustenance and then qualified them by asking citizens to share the burden of feeding a new and hungry state. Foregrounding debates over land, markets, and new technologies, Hungry Nation interrogates how citizens and politicians contested the meanings of nation-building and citizenship through food, and how these contestations receded in the wake of the Green Revolution. Drawing upon meticulous archival research, this is the story of how Indians challenged meanings of welfare and citizenship across class, caste, region, and gender in a new nation-state.

Benjamin Siegel is Assistant Professor of History at Boston University. His transnational archival work places South Asia at the center of global economic, environmental, and bodily transformations. Professor Siegel’s work has been published in the Caravan, the Christian Science Monitor, Contemporary South Asia, Humanity, the International History Review, the Marginalia Review of Books, Modern Asian Studies, the World Policy Journal, VICE, and other journals and edited volumes. He received his B.A. from Yale University and his A.M. and Ph.D. from Harvard University, where his dissertation won the 2014 Sardar Patel Award given by the Center for India and South Asia at UCLA, honoring “the best doctoral dissertation on any aspect of modern India.”