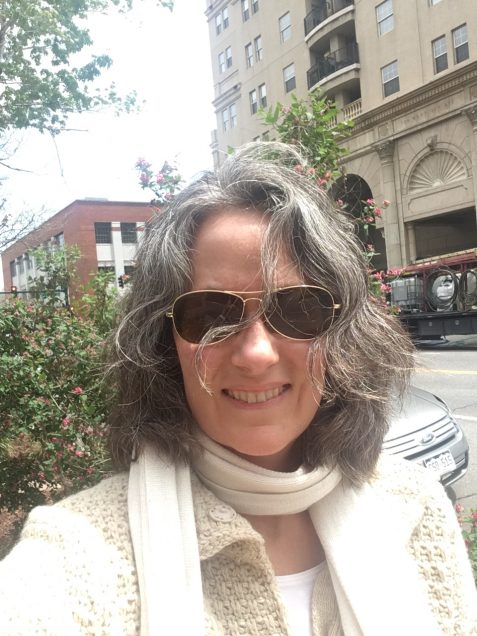 In the 1970s, people didn’t eat cardamom ice cream, at least not in Tulsa, Oklahoma, where Gretchen Kurtz grew up. But one night, staying up past bedtime to ring in the New Year with her parents, Gretchen tried it, and realized there was a world of flavor she’d never heard of. Since then, she’s spent her life learning about foods, cooking techniques and recipes, and is especially drawn to what they say about the people and culture that produced them.

After graduating Princeton with a degree in comparative literature, Gretchen worked for several years in Paris, London and New York, where she spent weekends mapping out and visiting the cities’ best bakeries, tea salons and bistros. If the internet had been a thing back then, she would’ve surely started a blog about her experiences. Later she transitioned to food writing, first as an editor/writer at magazines and newspapers in New York City and Denver, including the New York Times and the Denver Post, and ultimately eating her way to a job as restaurant critic for Westword, an alt-weekly in Denver. After seven years in the role, Gretchen decided it was time to have different conversations about food than “what’s the best restaurant?” and happily discovered BU’s gastronomy program.

Though restaurants have been her niche, Gretchen never lost the thrill of home cooking, and loves nothing more than going to a farmers market, picking out peaches, tomatoes, squash and basil, and heading straight into the kitchen. To her, one silver lining of this pandemic has been the time to teach her three normally-busy teenagers how to braise, macerate, and make stock. 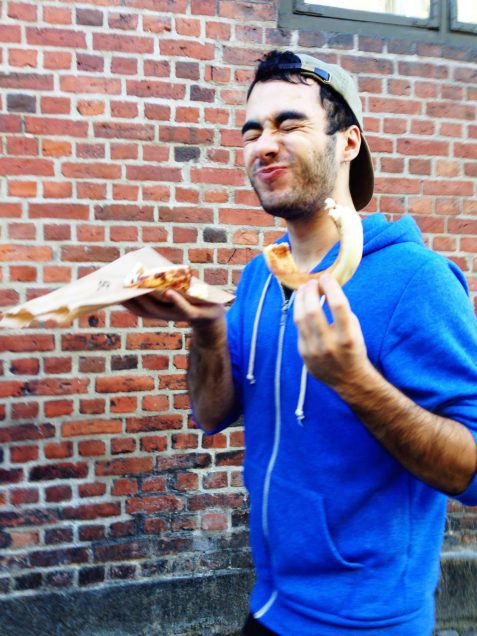 Julian Plovnick is a local guy hailing all the way from the distant streets of Brookline, MA. His obsession with food began when he was gifted his first knife set for his bar mitzvah (which he still uses to this day) along with a copy of Good Housekeeping’s Children’s Cookbook. Having noticed that he spent more time in the kitchen than on the dance floor, the caterer of the party offered Julian the opportunity to help her out with future events as a server and kitchen assistant. Thus, Julian’s culinary journey began.

Fast-forward a couple years, and Julian received his English degree at Vassar College in New York’s Hudson Valley (conveniently located 20 minutes away from the Culinary Institute of America). After graduating, he combined his love of food with his editorial talents at a variety of food-focused companies such as Clover Food Labs, culture: the word on cheese, and ezCater, where he’s spent the last 4 years. Julian’s ecstatic to continue along on his culinary journey within BU’s Gastronomy Program, where he plans on furthering his skillset in food writing, recipe development, and business operations. 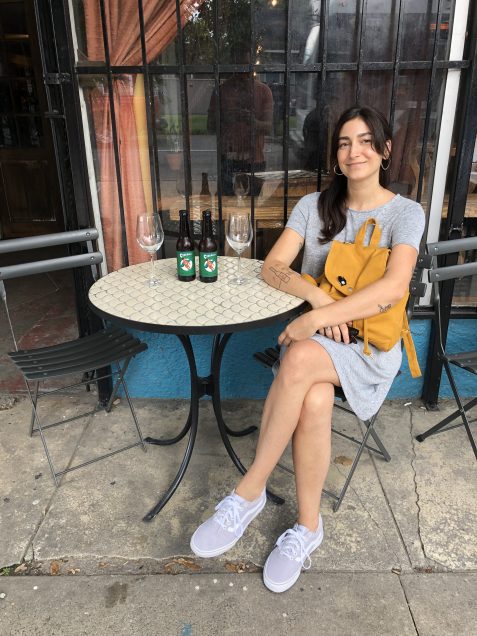 Marie-Louise Friedland was born and raised in her family’s French restaurant in San Antonio, Texas and from her time there as a child, she has had a passion for the Food & Beverage industry. She started with waiting tables in high school and branched out to try everything from being a cheesemonger to working in catering to becoming a Certified Sommelier as a way to fuel her passion.

It was while working as a captain and Sommelier in Austin that she knew she wanted to travel as much as possible to learn about wine so she packed up everything and headed to San Francisco. It was there that she worked as a Manager and Wine Director, pushing her to immensely grow her palate. These positions allowed her to travel to famous wine regions but also allowed her to develop management and team building skills.

Following the desire to keep growing within the industry she moved back to Texas and explored more of the management side of restaurants. It was seeing the industry from this vantage point that pushed Marie-Louise to apply to a program that can equip her with the necessary education to help progress the industry forward. She is excited to join Boston University’s Master’s in Gastronomy program because she knows graduate school will give her the well-rounded understanding of all issues pertaining to the Food & Beverage world outside of restaurants. When she isn’t studying she is probably playing with her cat Billy, cooking something with her husband, record shopping or reading some Stephen King. 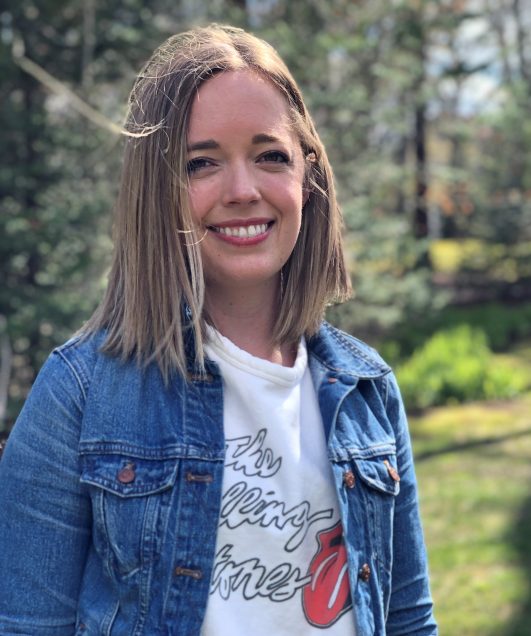 Haley Ornitz was born and raised in the Northeast surrounded by many creative family members, who inspired her to develop a passion for the arts and working with her hands at a young age. She studied Art/Art History at Bucknell University and has worked at non-profit and for-profit arts organizations in New York City and Boston for the past 10 years. Throughout her life, Haley has channeled her energy into many tactile crafts, including painting, calligraphy, pottery, knitting, and cooking, her favorite form of creative expression. She is excited to build upon her passion for food by pursuing her MLA in Gastronomy, a topic she became interested in for many of the same reasons she was drawn to Art History as an undergraduate. Similarly to studying society through a painting or an art movement, she loves learning about culture, history and political economies through the lens of a particular dish, type of regional cuisine or aspect of the food system. In addition to her studies, she is looking forward to exploring how she can apply her experience in the arts to a creative and meaningful career in the food industry. In her free time, Haley loves cooking and eating with family and friends, reading cookbooks cover to cover, and spending time outside with her husband and dog, Ranger. 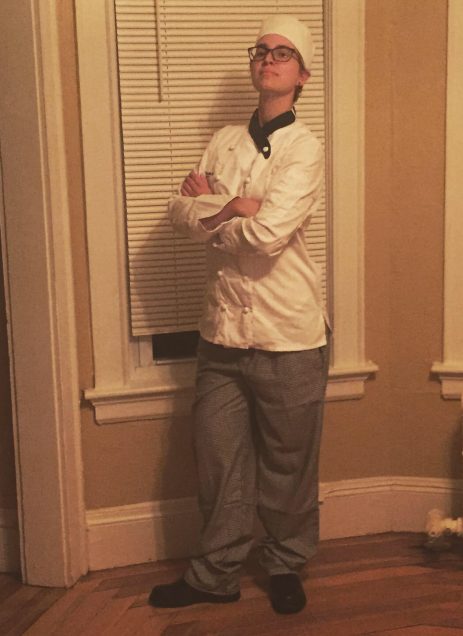 Bella Brookes first developed an interest in food preparation at the age of two, when she learned that messes were okay if it was because you were covering a cake in chocolate frosting and sprinkles. Originally from central Florida, she spent her formative years in Boulder, Colorado. Her formal interest in food was piqued when she spent four years getting a bachelor’s in Cognitive Science in L.A. and was fully immersed in an international food culture. So much was the interest in food that she decided to completely turn her life around and spent one year at Johnson & Wales University’s Pastry program in Rhode Island.

Bella took several jobs in bakeries in different locations before deciding to pursue the academic aspects of food and culture. She thinks her professional training will provide a practical background for studying the interactions between food and culture. Her current goal is to work in a publishing environment that focuses on food history and the evolution of food from straightforward sustenance into the nuanced and prominently social culture it is today. 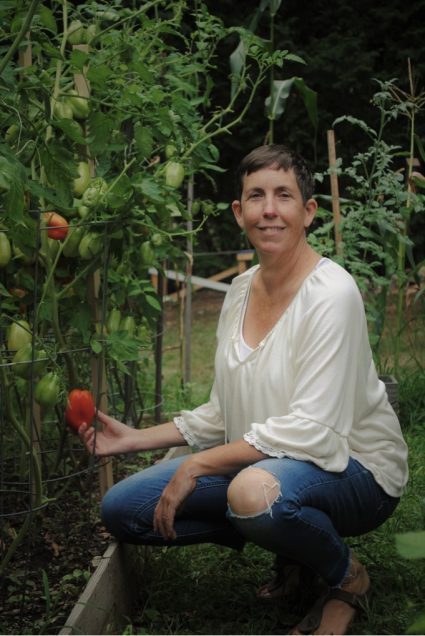 Jen Wood is from Worcester, Massachusetts where she has been a licensed massage therapist and small business owner for over 16 years. She received her B.A. in Anthropology, with a concentration in Environmental Sustainability, May 2020 from Southern New Hampshire University. Her passion for food history and culture came out of her early college years as an anthropology student at New Mexico State University in the early 1990s, after reading anthropologist Marvin Harris’s work on cultural food customs and taboos. While cooking and baking have been an interest since childhood, the plan to study food and anthropology became clear thanks, in part, to nutritional anthropologist Deborah Duchon and chef Anthony Bourdain.

As an undergrad, Jen researched and wrote on the history of the noodle along the ancient Silk Road, the influence of breakfast cereal on pop culture, the problem and solutions of world-wide food waste, and focused her capstone on food insecurity in the world of Ethiopian khat farmers. As a massage therapist, she speaks to clients about their food choices as an approach to physical and mental healing. Jen’s downtown Worcester massage office is decorated with beautiful photos of food from around the world.

Jen is excited to begin a new education and career path with an open mind to what awaits her in the food studies realm. She brings along her husband, dog, cat and four hens on this life changing adventure. Jen loves hosting friends and family for feasts, especially if she grew the ingredients.  Founded with her husband Chris, Woodstello Urban Farm was created as a fun Facebook page in spring of 2020, to connect with loved ones during the Covid-19 pandemic, with hopes to grow from a backyard garden into a small working farm, homesteading life, and recipe blog.