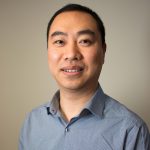 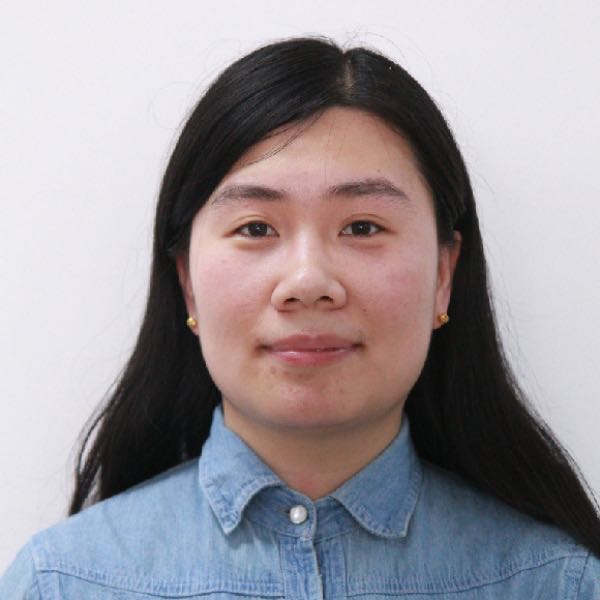 Yanan Sun, Ph.D. is a Postdoctoral fellow and joined the lab in 2020. She obtained her Ph.D. degree in biochemistry and molecular biology in June 2020 from the National Institute of Biological Sciences, Beijing, and Beijing Normal University. Her research interest focused on the molecular mechanism of clearance of protein aggregates or damaged organelles in fundamental cellular processes. Outside of research, she enjoys watching movies and TV series and eating good food. 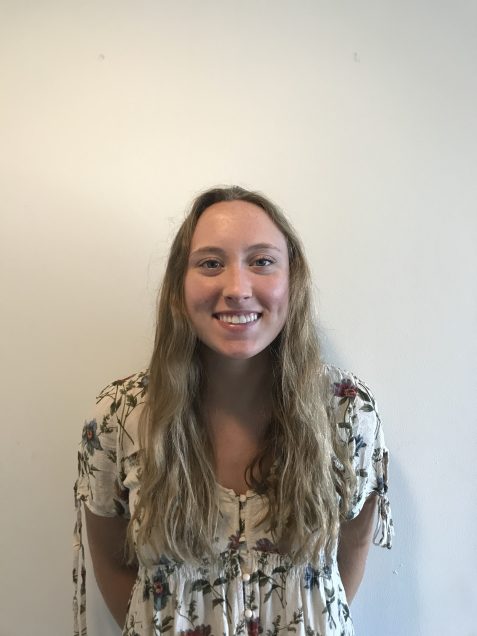 Kate Gaynor is currently an undergraduate junior majoring in Neuroscience and minoring in Public Health. She is from Howell, New Jersey, and has a passion for healthcare and the brain sciences. In her free time, she enjoys reading, exploring Boston, and spending time with friends! 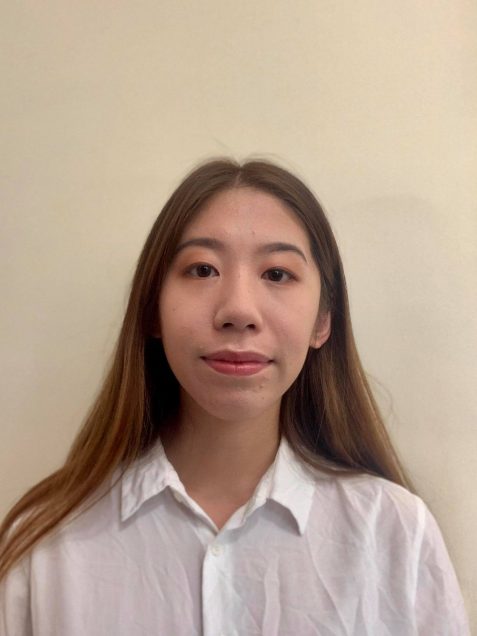 Anita Dong is currently an undergraduate student at Boston University studying Biochemistry and Molecular Biology, with a minor in Public Health. She is from Queens, NY, and decided to study in Boston as she has a dedicated passion for healthcare and research. A cool experience she has had is working as an allergy and gynecology scribe at Massachusetts General Hospital. In her free time, she enjoys walking around the city, trying new foods, and taking photos. 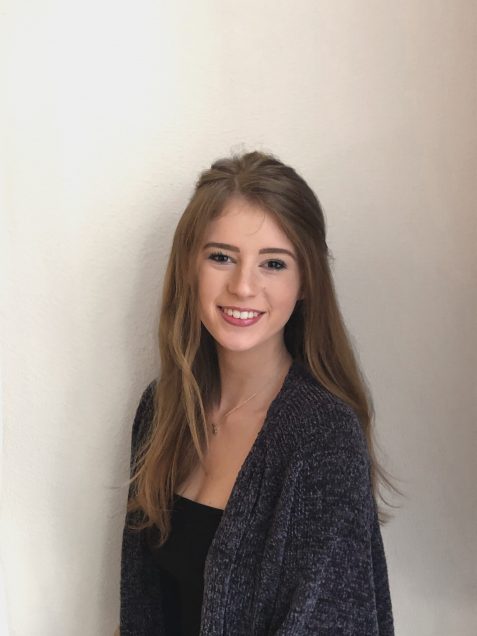 Nika Kozlov:“I am a Human Physiology undergraduate studying at Boston Universities Sargent College of Health and Rehabilitation Sciences. I am from Cupertino, California. When I am not studying, I enjoy practicing yoga, visiting Museums, and exploring Boston! “ 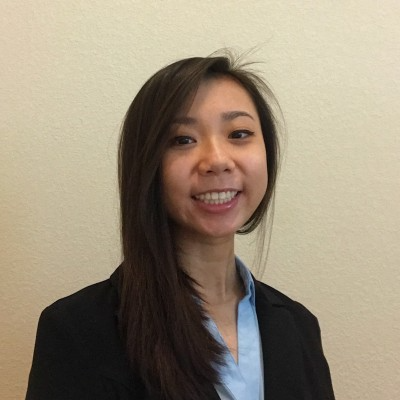 Nicole Nguyen is currently an undergraduate junior majoring in Human Physiology and minoring in Medical Anthropology. She is from Garland, TX, which is right outside of Dallas. Outside of her academics and passion for medicine, she has many hobbies, such as painting, hiking, and music. 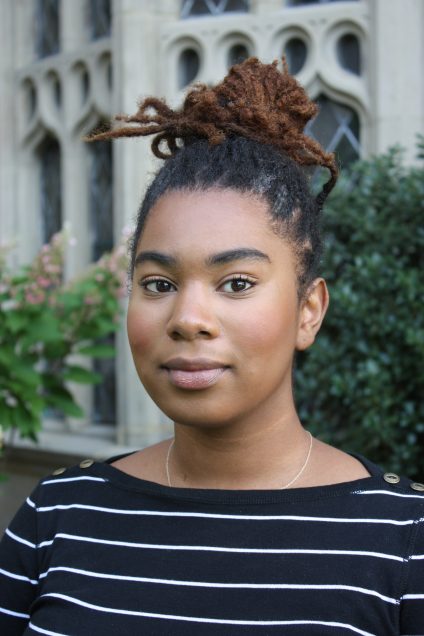 Jhevanae Langley: “I am a senior at Boston University majoring in health science. I was born in Jamaica but grew up in Brooklyn for most of my life. My interest in research began during my freshman year of college where I worked to characterize the functions of macrophages. In Dr. Cui’s labs, I hope to make a contribution to the study of blood disorders and cancer as it affects many Americans and has affected both of my maternal grandparents. Outside of research, I enjoy traveling and trying all the new restaurants Boston has to offer.” 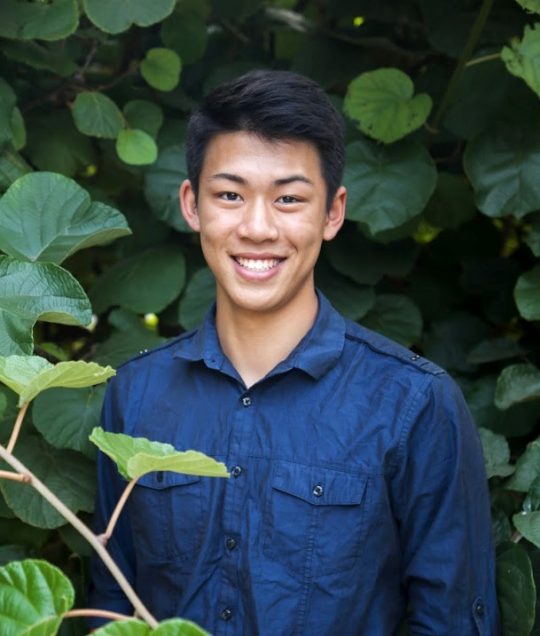 Raymon Chen is an undergraduate sophomore studying human physiology with a minor in public health from Palo Alto, California. Outside of school, he enjoys hiking, playing volleyball and exploring new places in the East Coast. 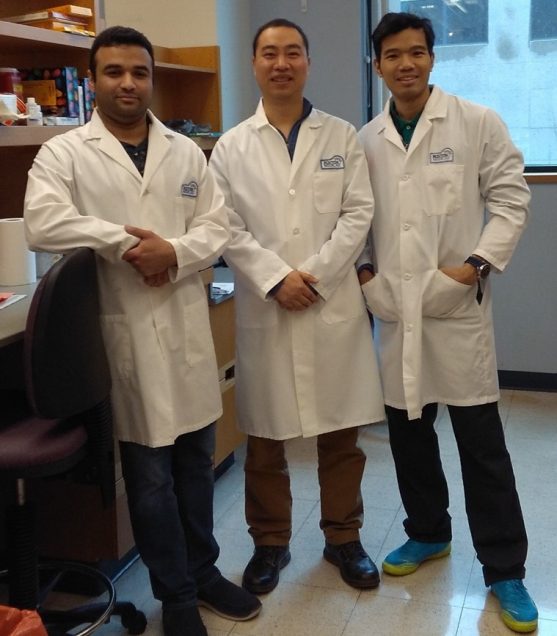 Alawi Habara, MD (left) is a Ph.D. candidate and joined the lab in 2016. His project focused on the regulation of PGC-1a to induce fetal hemoglobin in human primary erythroid progenitor cells. Alawi is a physician from Saudi Arabia and is passionate about the cure for sickle cell disease. He is writing his thesis now and will be promoted as an Assistant Professor at Imam Abdulrahman Bin Faisal University, Saudi Arabia.

Cuong Le, Ph.D. (right) was a Postdoctoral fellow and joined the lab in 2017. His project focused on the inhibition of LSD1 by small molecule inhibitors to stimulate HbF synthesis. He published one first-author and two co-author papers in the lab and is ready to move forward to the next level. 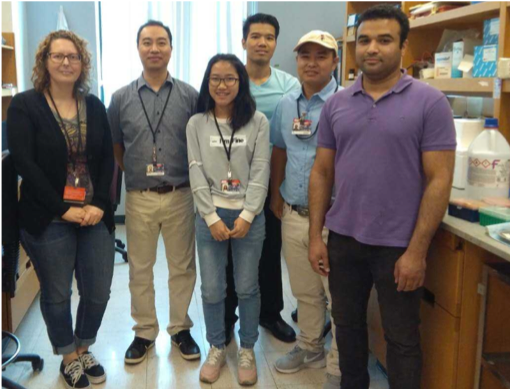 Christina Ward, Ph.D. (left 1) was a Postdoctoral fellow and joined the lab from 2017-2018. Her project focused on knocking down HMI-LNCRNA in human primary erythroid progenitor cells. She was an instructor from August University in Georgia and now working at BUSM as a T32  trainee.

Pennapa Mungchan (left 3) was a Visiting student and joined the lab in 2017. Her project focused on screening novel fetal hemoglobin inducers. She is a Ph.D. candidate now at Chiang Mai University, Thailand.

Bin Tang, Ph.D.(right 2) was a Visiting Scholar and joined the lab from 2017 to 2018. His project focused on gene editing of fetal hemoglobin repressors.  He is a Professor now at Hangzhou Normal University, China.