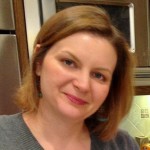 Katherine L. Turner holds a PhD in musicology and doctoral portfolio in women and gender studies. Her present project focuses on the 1939 anti-lynching poem/song “Strange Fruit” as a pivotal moment in the long civil rights movement. She has presented at conferences in Europe, Canada and the US on the music of early modern women, irony in popular music and the intersection of race and politics in American music. Currently she is on the musicology faculty at the University of Houston, Moores School of Music.

“Strange Fruit” (1939) is best known as Billie Holiday’s powerful racial protest named by Time Magazine as the “song of the century.” Ironically, the anti-lynching anthem was not a freedom song sung at marches or sit-ins, but was something that gave strength to the collective consciousness of singers and activists and so it continues today for successive generations. Covered in the 1980s and 90s by artists as diverse as Sting, Tori Amos, UB40 and Cassandra Wilson, it has also been sampled and quoted by 21st-century hip hop and rap artists in the US and on the global stage. In each instance, the image and concept of “lynching” as a metaphor for modern injustices deepens. As it adapts to new circumstances and new discriminations it becomes a new weapon harnessed by black urban youth, the LGBT community and by Jews who return to the song’s origin as a poem by the Jewish activist Abel Meeropol. By analyzing and contextualizing musical, textual and performative aspects of the song from 1939 to 2014, this paper seeks to understand how 91 words shaped the anti-lynching agenda, American folk song, Black Power Movement, pop singers and global hip hop as part of the Long Civil Rights Movement.