Weibo is microblogging sites in China, which have similar functions align to Twitter. As what was summarized in the study about the roles of mobile and social participation which was generated by Chan, Chen, and Lee in 2017, Weibo is one of the most popular social media platforms contains more political relevance in China. In general terms, the number of Internet users in China reached 772 million at the end of 2017, with 753 million mobile Internet users, according to the official data published in the 41st Statistical Report on Internet Development in China conducted by the China Internet Network Information Center (CNNIC). As of the first quarter of 2018, active users on Weibo monthly has reached more than 400 million (Weibo Data Center, 2018). The number of government microblogs verified by Sina had reached 134,827, including government departments at all levels, yet most of them were local governments of provinces and municipalities. The traditional government-leading media, like People’s Daily, CCTV News, and Xinhua News, are the top three media account with more than 30 million followers of each (Weibo Data Center, 2018).

However, while rethinking about the data above, some may question that if the most followed media accounts on Weibo are still those monotonous news institutions led by government, then, what would be the differences of current public participation compare to the era without microblog? The answer could be complicated with general congruency with global social media trending as well as country-specific features and constraints.

First of all, the inevitable trend of Internet popularization and new media development has led China automatically follow the rest of the world and enter the era of hybrid media system. According to Chadwick’s (2017) statement of hybrid media logic, this system refers to a media-based new context built upon conflict and competitions between older and newer media logics, with somehow interdependence among the logics as well. On the one hand, Weibo is forcing the government to integrate the new and old media logic, such as opening Weibo accounts, adding non-political content/ interaction in the traditional official newspaper accounts on Weibo, and posting of real-time commentary of social affairs. The rise of highly interactive and hierarchy-blurred new social media, as well as its convergence with traditional media, make news and social/ political topics facing the supervision of public opinion. Positively speaking, Weibo and other similar social media not only playing as quick ways for people to state their opinions via comment function but also requires government timely convey their official attitude towards hot issues or topics without longterm delay or deliberately evade.

However, on the other hand, political topics differ from other fields like social problems or entertainment news, even if they could intersect with each other under certain conditions. Most of the time, the discussions related to politics are greatly different from country to country. China, as a one-party state has little similarity in political system with either United Kingdom or the United States, its political system itself could be contradictory to the trend of hybrid media system development. According to the characteristics of the power of hybrid media system, Chadwick (2017) argued that it should be explained as enabling individuals or collectivities to purchase their own interests and values through integrating and interrelated media. The online grassroots power was growing stronger than ever in China due to the rapid popularity of Internet access and social media usage. However, in Chan, Chen, and Lee’s (2017) study on political participation and WeChat usage in China, the results still reported a lower level of online political participation among Chinese social media users when compared with other countries. “The pervading political system might play a role since censorship and blocking of online content can limit access to participation opportunities (p. 2017),” they further argued. 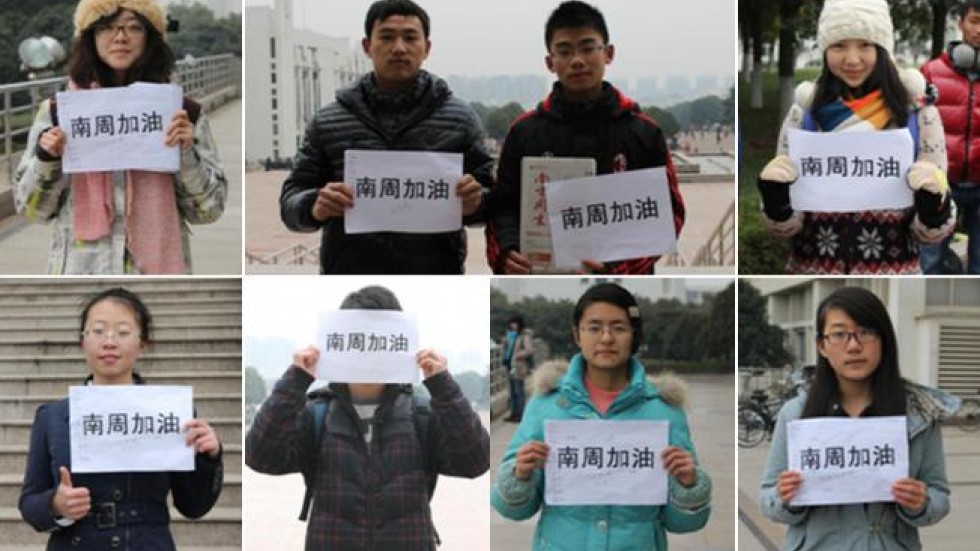 A representative event related to Chan et al.’s (2017) argument is the Southern Weekly Incident. In 2013, a widely known newspaper Southern Weekly which was based in Guangdong, which is considered as one of the most outspoken newspapers in China (Wikipedia, 2018), was forced to change their New Year’s special editorial under the pressure from the local propaganda officers in Guangdong Province bypassing the normal publication flow (Wikipedia, 2018). Such government intervention was strongly against by the newsroom staffs, and the event itself rapidly evolved from a local incident to a national incident via the exposure on the Weibo platform (Ou, 2013). The incident, as well as the clarify statements generated by Southern Weekly and the subsequent deletion of microblogs published by the chief editor, all perfectly hit the new media logic of transparency, openness, and negotiation (Chadwick, 2017) consciously or unconsciously shared among grassroots user groups on Weibo. Similar online behaviors have become more frequently happened on Weibo in recent years, these grassroots activisms are enhancing the spreading of information, and mobilizing public opinion to expose government official abuses of power and cover-ups (Hassid, 2012; Sullivan, 2014). Thus, it is not difficult to see that the political system and the grassroots belief in the new media logic of being openness, transparency, and negotiation (Chadwick, 2017), is colliding and compromise with each other.

Generally speaking, although the trend of hybrid media development is irreversible, the integration of older and newer media logics are great variation among different countries and political systems. China’s current social media platform is indeed constantly promoting and encouraging online political participation and discussion, but strongly impacted by the essential characteristics of the national political environment, the online movement is difficult to generate substantive offline feedback (Ou, 2013). Even the people themselves are willing to generate new social consensus and political expectations, given to the existence of political framework in China, people can only express their opinions in the form of groups on the Internet (Ou, 2013). Practical legal adjustment and system improvement are hard to trace and achieve. The information on political cases is also strictly controlled by the government as well.

Hassid J (2012b) The politics of China’s emerging micro-blogs: Something new or more of the same? APSA Annual Meeting Paper. Available at: http://ssrn.com/abstract=2106459

In the News: Director James Katz