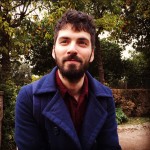 Keivan Djavadzadeh-Amini is a PhD candidate in Paris 8 University and a member of the Editorial Board of the French journal of feminist philosophy and queer theory Comment S’en Sortir? He has been visiting research fellow in the department of Africana Studies of Brown University. His research focuses on identity politics, cultural hegemony and black popular music.

Talk Title: Black women Artists as Organic Intellectuals: A Study of the Role of Blues Women during the Great Migration

The talk intends to examine the role blues women of the 1920s played during the Great Migration. Taking advantage of a labor shortage caused by World War I and answering the call of the black bourgeoisie in the North, a great number of African-Americans (men for the most) left rural areas in the South to migrate to northern industrial cities, which were introduced to them as ‘promised lands’. However, hopes were soon dashed and an identity crisis hit the migrants: their southern origin went on to become a stigma and they couldn’t fit in the urban North. Hence the need for a cultural identity of blues women shaped in the North. Simultaneously, if blues tradition came from a need for identity, it was the incorporation of Black southerners into Fordism and mass consumption that made race records technically possible.

Djavadzadeh-Amini will analyze the articulation of these different elements – mass migration uprooting and the emergence of a black market – in order to show that the commercialization of nostalgia for the South in the women’s blues of the twenties allowed ‘newcomers’ to challenge the stigma through appropriation, as they imported and recreated their southern traditions with the blues as its best ambassador.