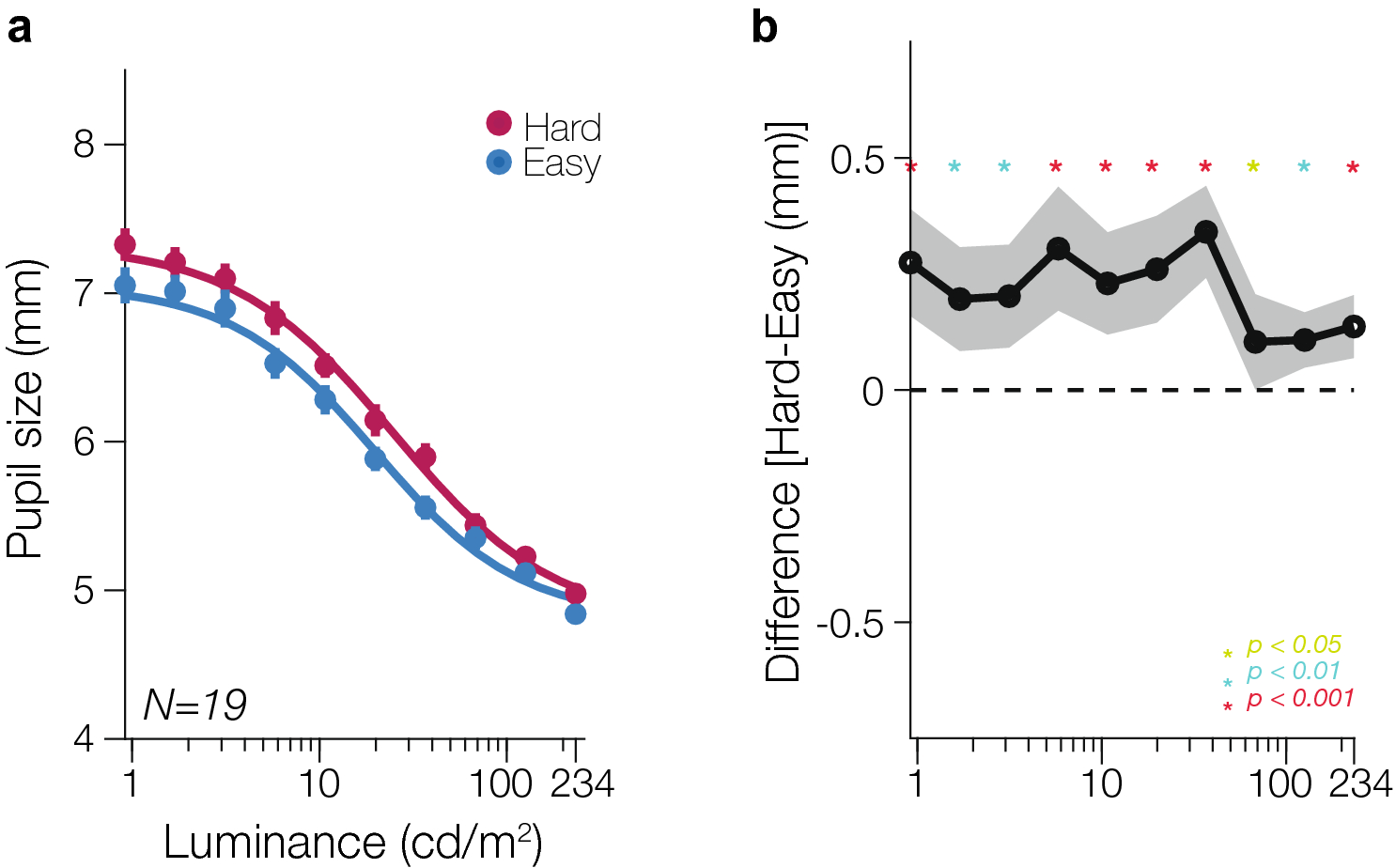 Pupilometry has become a standard measure for assessing arousal state. However, environmental factors such as luminance, a primary dictator of pupillary responses, often vary across studies. To what degree does luminance interact with arousal-driven pupillary changes? Here, we parametrically assessed luminance-driven pupillary responses across a wide-range of luminances, while concurrently manipulating cognitive arousal using auditory math problems of varying difficulty. At the group-level, our results revealed that the modulatory effect of cognitive arousal on pupil size interacts multiplicatively with luminance, with the largest effects occurring at low and mid-luminances. However, at the level of individuals, there were qualitatively distinct individual differences in the modulatory effect of cognitive arousal on luminance-driven pupillary responses. Our findings suggest that pupillometry as a measure for assessing arousal requires more careful consideration: there are ranges of luminance levels that are more ideal in observing pupillary differences between arousal conditions than others.