Ongoing projects in the SULa Lab include:

Headed by Prof. Kate Lindsey, this project aims to document and describe all six of the language varieties in the Pahoturi River family.

A list of publications and presentations can be found here: Pahoturi River CV

Headed by Prof. Neil Myler, the following projects in morphosyntax aim to bring data from under-researched languages to bear on the issues of morphology and its place in the architecture of the grammar, with special emphasis on the relationship between morphology and syntax. Languages of recent interest include Andean Spanish, IsiXhosa, and numerous varieties of Quechua. Current projects include the Mirror Principle Violations Project, the Argument Structure and Morphology Research Project, and the Microparametric Syntax and Sociolinguistic Variation in the Andes Project. For publications related to these projects, see https://sites.google.com/site/neilmylerlinguist/papers

This project looks at cases where the internal structure of words (specifically the order of affixes) is mismatched with their meaning or their syntactic context in some way that violates the Mirror Principle (Baker 1985). The main empirical focus is on interactions between causative morphemes and applicative morphemes. This project includes both surveying existing descriptive materials on a wide range of languages and novel work with native-speaking consultants on a subset of these languages (especially IsiXhosa and Quechua).

This project looks at how the number and nature of the phrases that combine with verbs, nouns, and other categories interact with their morphology, and vice versa.

The Microparametric Syntax and Sociolinguistic Variation in the Andes Project (co-PI: Daniel Erker)

Using a mixture of sociolinguistic interviews, reading passage data, and grammaticality judgment data, this project looks at the language of Quechua-Spanish bilinguals, with special focus on word order and possession constructions on the morphosyntactic side, and vowel spaces on the phonological side. Pilot data was collected in Spring 2015, and work on these data is still ongoing.

Headed by Prof. Cathy O’Connor, this project aims to archive and make available materials on the Northern Pomo language to support revitalization efforts.

Headed by Prof. Liz Coppock, the following projects in semantics bring data from languages around the world to bear on typological questions on the semantics of superlatives, degree abstraction, and more.

This project investigates the semantics of definite and non-definite superlatives across a typologically varied sample of languages. It departs from the observation that even closely-related languages can differ dramatically with respect to the role that definiteness plays in interpretation; for example, English the most corresponds to Swedish flest and Swedish de flesta corresponds to English most. Where French uses le plus de, Italian uses bare piu. This project aims to contextualize this variation within a larger typological perspective. The semantics of superlatives, especially quantity superlatives, is typically not covered in descriptive grammars at this level of detail, so the main work of the project will be to document the role of definiteness in the expression of maximal quantity in an appropriate selection of languages.

It has been claimed that some languages, including Mandarin, Japanese, Yoruba, Samoan, and Moore, lack so-called degree abstraction (a configuration at LF involving lambda abstraction over a degree trace). But upon closer inspection, some of these languages have turned out to have it, as recent literature has shown. Does every language have it? Is it, in other words, a universal? Or can we find solid evidence that some languages really lack it?

Starting with a closer examination of Mandarin spearheaded by BU PhD student Ying Gong, this project has developed a new set of elicitation materials for degree abstraction, including two storyboards drawn by BU undergraduate student Tomiris Kaumenova and applied to Moore (a Gur language spoken in Burkina Faso) by the whole team. We are currently in the process of analyzing those results. As a next step, we hope to refine our elicitation materials and apply them to Ende (spoken in Papua New Guinea in the Pahoturi River region) with the help of Prof. Kate Lindsey.

This class (CAS LX 391/691) is taught every Spring semester at BU and focuses on the description and analysis of a different under-researched language each term.

Sugrue, Pamela. (2018) A method for detecting superlative interpretations of positive adjectives. Talk given at Fieldwork: Methods and Theory, University of Gothenburg, Dec 13-14, 2018.

Franich, Kathryn. 2017.  The Interaction of Prominence, Rhythm, and Tone in Medʉmba. Dissertation from University of Chicago. 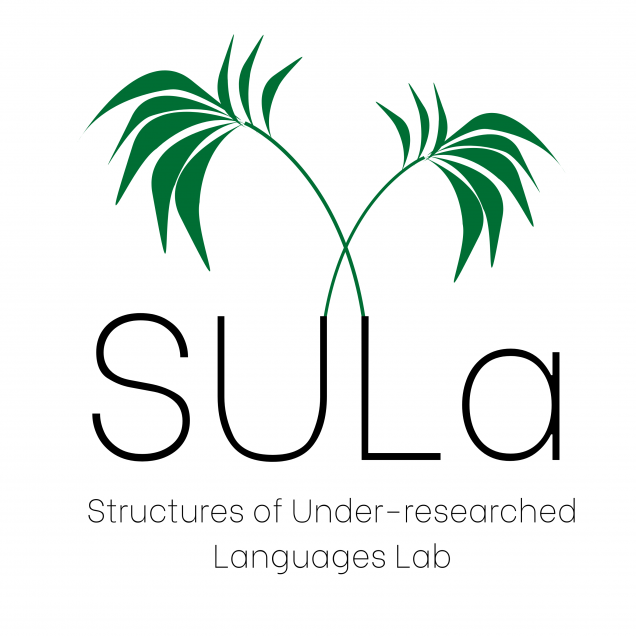