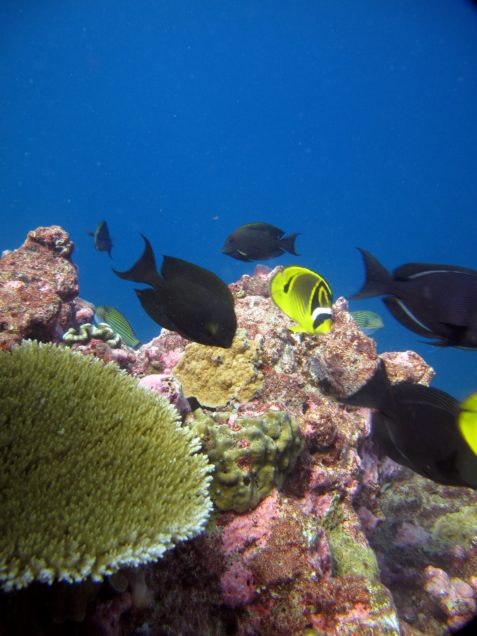 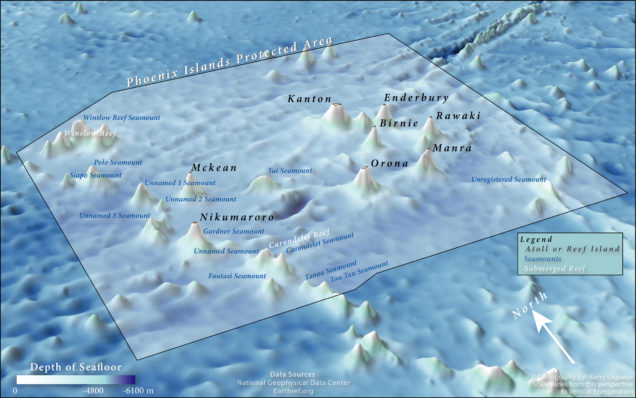 The Phoenix Islands Protected Area (PIPA) was first conceived in 2000, formed in 2006 and operationalized in 2008. In 2010, PIPA became the worlds largest and deepest UNESCO World Heritage Site (a distinction it still holds), and in 2015, PIPA became fully closed to all commercial extractive activities, making it one of the largest no-take marine protected areas (MPAs on our planet).

Rotjan got involved in 2008, and went on her first PIPA Expedition in 2009. Since then, she has led the PIPA research program with her co-Chief scientist, Ms. Tooreka Teemari (Director of Coastal Fisheries, Kiribati): writing the first science strategic plan in 2010, and the second decade of PIPA science (begun in 2020), together with a diverse team of students, colleagues and collaborators. She has organized over 10 expeditions to PIPA, and has represented the country and the MPA in multiple roles, including as a Kiribati delegate in the 2017 UN Oceans Conference. Rotjan is the co-Chief Scientist for the Phoenix Islands Protected Area (PIPA) Conservation Trust, alongside Tooreka Teemari, from Kiribati, and is the co-founder and co-Chair of the PIPA Scientific Advisory Committee. Through all of these roles and activities, Rotjan has helped to implement novel structures to apply PIPA science directly to a conservation context, always alongside her Kiribati colleagues. There are numerous examples, but a recent one involves changing the boundaries of the MPA to include Winslow Reef, as a direct result of scientific exploration, discovery, and analysis.

Our scientific work in PIPA has evolved to function in partnership with the needs of the MPA Strategic Science Plan, the 2010-2020 Research Vision. In this way, we are leveraging PIPA as a natural laboratory to study global change in remote and wild environments, but are also studying and innovating new ways to integrate science and management.

Some of our favorite projects include: