There are two main types of meditation: 1) Focused-attention meditation or ‘Mindful meditation‘ and 2) Open-monitoring meditation. In Mindful meditation, you focus on one specific thing ranging from your breathing, a specific sensation in your body, or a particular object in front of you.The key point is to focus on one thing without consideration to other thoughts or events happening around you. When any distractions occur, you must be quick to recognize it and turn your focus back to your focal point. Open-monitoring meditation is where you pay attention to all the things happening around you but you do not react to them.
END_OF_DOCUMENT_TOKEN_TO_BE_REPLACED

Know any of the above words from ubongo to brein? If so, you can (surprisingly to you of course) say BRAIN in Hawaiian, Swahili, Spanish, Italian, French, or Dutch. And if you can (read this and) fluently speak at least one of these languages, or another not shown, you are multilingual (again, SO surprisingly to you…) – and may consequently reap some benefits from this status! END_OF_DOCUMENT_TOKEN_TO_BE_REPLACED 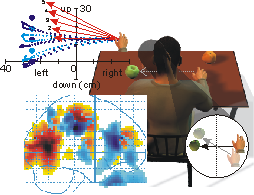