The role of physical exercise in preservation of the memory function. 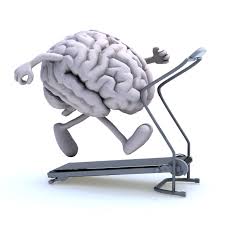 Sports are increasingly widespread in modern-day American Academia. Perhaps, it is the plethora of research on healthy lifestyle, or the anticipation of the beach season, with sentiment ranging from apprehension to excitement to flatout morose ignorance, which we have to thank for this. Alternatively, it may be an amalgamation of those factors (and many others) that brought a drastic improvement of physical vitality as far as college students are concerned. In any case, there is more to it than good looks and capabilities to walk to the fifth floor of, for example, STH, rather than taking an elevator. Participating in some form of consistent physical exercise brings with it an improvement to the quality of memory later on in life, at least as far as men are concerned.

A study by an interdisciplinary group of scientists from Spain showed that long term exercise (35±15 years) promotes the preservation of memory function in middle-aged (47-67) men, specifically concerning the free immediate recall test and cued immediate recall test. The training (athlete) test-group showed a statistically significant increase in performance on both tests compared to the middle-aged sedentary group. Moreover, the number of weekly hours of exercise also showed a positive correlation with test performance. In short, continuous and consistent sports participation goes a long way when it comes to memory.

Having established the benefits for the middle-aged, it would have been nice if there was something in it for the young as well and there is! The very same study, also measuring common biological markers associated with memory impairment, such as plasma lipid peroxidation levels (MDA) and resting serum levels of BDNF, made a number of promising conclusions. For instance, both the middle-aged and young-aged (17-25) sedentary groups scored higher on the blood MDA levels (plasma malondialdehyde, a biomarker that correlates with oxidative damage) – which inversely affects memory. Moreover, a similar pattern (inverse correlation) is observed with BDNF (Brain-derived neurotrophic factor), except here the difference between the young sedentary and athlete groups is significantly higher. While BDNF is considered to promote neuronal growth, the researchers found no significant correlation between BDNF levels and memory test(s) performance but found a positive correlation between BDNF and MDA levels (which is bad). Thus, exercise does not only work for the middle-aged men but also the younger ones.

The most important part of this study is not, in all due technicalities, the uniqueness of its ideas, but rather its scope. Some studies have already shown the beneficial effect of exercise on people’s memory, provided they are already suffering from certain conditions, such as Alzheimer’s or mild cognitive impairment. Moreover, another set of studies explored the effect of short-term aerobic exercises, mostly targeting attention, decision-making and speed processing. Thus, this study is the first of its kind – exploring the connection between long-term exercise (not acute burst of activity) and memory in healthy men.

Finally, for the sake of objectiveness, limitations of the study should also be discussed. The most obvious drawback is the exclusion of women from the test groups, which subsequently makes this study only relevant for men (until proven otherwise). Moreover, the study itself is of a cross-sectional kind and hence is not impervious to various biases, such as cohort effects (in all due fairness, not many studies ever are).

So, guys, have you been hitting gym lately?