It’s All in Your Gut 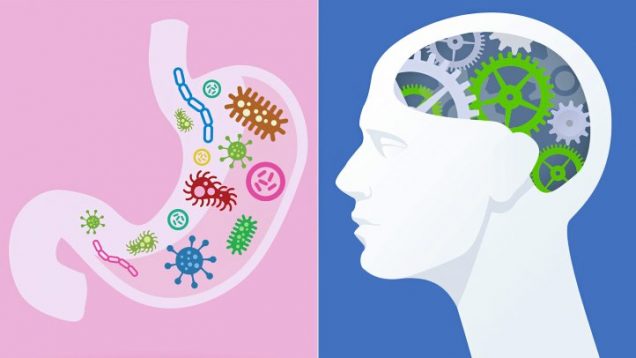 People have not placed enough importance on the functions of our microbiome and its effects on our personal health, since it is early in research and not well understood yet. The microbiome is the collection of microorganisms, including bacteria, fungi, and viruses, in our human body. Microbiome means all the genomes of microbes in an environment, while microbiota is supposed to mean the actual organism. Today many are using the term microbiome to mean multiple things, the microbiome, microbiota, and the activities of the microbiome in animals and humans. Microbiome having a broader definition, though not the correct usage of the word. The microbiome in the human gut has shown to have effects on the immune system, overall health, and metabolism in animals and humans. Celiac disease, obesity, type 1 diabetes, and many more diseases are observed in humans with a low diversity microbiome. One observation that is surprising is the effects of different types of gut bacteria on neurobehavior, specifically related to depression, anxiety, and a lower quality of life.

An experiment led by Professor Premysl Bercik with three groups of mice at McMaster University was able to correlate certain gut bacteria with symptoms of depression and anxiety. Two groups of mice, one with no bacteria in their gut in a sterile environment and one with a range of bacteria, were put under stress for 3-21 days. The control group had no bacteria and had not been put under stress. Both groups of no bacteria had no symptoms of depression, while the mice with the normal gut microbiomes showed symptoms of depression and anxiety. Both groups that were under stress had increased levels of corticosterone, a stress hormone, but only the group of mice with normal gut microbiomes showed symptoms. Proving the effects of microbes on neural behavior. Multiple cases have proven microbes affecting mental health in animal models, though little research has been done on humans. Professor Jeroen Raes, professor Sara Vieira-Silva, and their team compared the gut microbiome of 1,054 individuals diagnosed with depression in the Flemish Gut Flora Project at the University of Leuven in Belgium. They found certain bacterial genera depleted or abundant in these individuals. Two that stood out to be the most commonly depleted in these individuals were Coprococcus and Dialister. Raes and his team studied the genomes of bacteria from the human gastrointestinal tract and found that some had the ability to produce neuroactive compounds. They are currently creating a toolbox with computational techniques of what bacteria in the gut can affect neuroactive compounds and the mechanism behind it. An interesting one they found is the ability of the microbiome to produce DOPAC led to better mental health as its function is growing the neurotransmitter dopamine.

Scientists are studying the effects of the environment, food, processed foods, and medications on our microbiome and how the microbiome affects our health. Research of the effects of mental health in human models has now launched. This creates the possibility of treating depression and anxiety by changing people’s microbiome in the future. Further research needs to be done in order to understand the mechanisms of how our microbiome affects our health and studying the microbiome of healthy populations too. For now, eat your probiotics and stay away from sugar and processed foods to diversify your microbiome for better mental health.