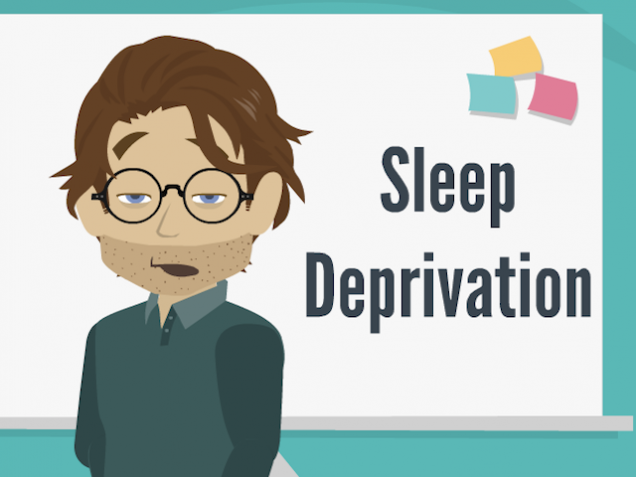 Interestingly enough, in today’s society, it seems like depriving oneself of sleep is almost like a trophy to jokingly brag as people attempt to see who slept the least number of hours yesterday or who pulled the most number of all-nighters last week. In addition, with finals season approaching, it becomes tempting for most students to sacrifice their sleep to score a few more points on the exam, although one can’t help but to ask if it was really worth it. Sleep deprivation seems like a necessary part of life that many college students must go through to succeed academically. There is even a joke that college students can only choose two of the following: good grades, social life and enough sleep. However, one of the choices, social life, seems unlikely as a sustained pattern of sleep deprivation can have an impact on the social aspect of our lives.

A study conducted in UC Berkley showed that people who suffer from sleep deprivation tend to become recluse; instead of seeking protection from society, sleep deprived individuals withdraw from social situation in the hopes of obtaining rest. In this experiment, they showed participants a stranger with a neutral facial expression walking towards them, and they asked them to hit the panic button when they felt that the stranger was getting too close. They found that sleep deprived participants hit the button significantly earlier than those who did get sleep. Through fMRI scans, they tried to see what regions of the brain were responsible for this behavior. One region, called the near space network, was very active compared to the control group. This region allows one to orient oneself in space and get out of threatening situations that involve spatial elements. In addition, the theory of mind network, which allows people to interpret others’ intention, was less active in sleep deprived participants than the control group. Thus, sleep deprivation may lead to a more antisocial attitude and an inability to fully detect social cues.

Yet another study also shows increased anxiety and fear levels in people who suffer from sleep deprivation. Sleep deprivation can increase sensitivity in the amygdala, leading to stronger fear responses to a stimulus. As a result of the activation of the amygdala, the ventromedial prefrontal cortex (vmPFC) begins to regulate emotion and inhibit activity in the amygdala. Another area of the brain, the insula, does the opposite of vmPFC and increases the activity in amygdala which then leads to fear acquisition. In a study by Feng et al. (2017), participants’ brains were tracked with an fMRI while they were shown series of different shapes in which a certain consecutive pattern of shapes would indicate an electric shock. In sleep deprived participants, higher activity was seen in the connections between the amygdala and the insula, while for the control group a higher activity was seen between amygdala and vmPFC.

When comparing the results of the two studies, both makes sense; sleep deprived individuals have increased levels of anxiety and fear which could have led to earlier responses in pushing the panic button. Both studies also demonstrate that the lack of sleep can affect one’s mood and thus their ability to socially interact with others. Although it is difficult for college students to find time to get quality sleep, getting sleep can possibly improve the social aspects of one’s life.