A Value in Old-Fashioned Memorization 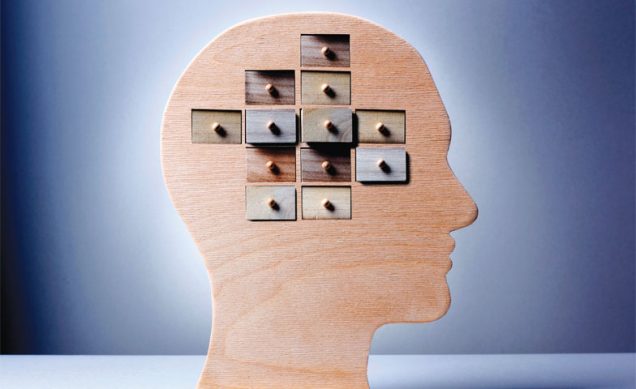 With a computer or telephone in hand, it seems pointless to memorize simple facts, lists of things, poems, directions, dates or formulas. From an evolutionary standpoint before modern day technology, people would constantly have to exercise their mind and memorize what we currently leave the task for our computer or telephone in hand to remember. But schools are now switching their structures to provide students the skills to apply knowledge instead of reciting information, which seems logical. Except there may be a huge positive to memorizing what seems to be pointless information.

Memorizing information is the equivalent to lifting weights in the gym, but instead of building more muscle, the levels of acetylcholine increase in the brain. Acetylcholine is a neurotransmitter has been identified by scientists to keep the mind sharp; it is critical in creating and strengthening connections between neurons. People blame the lack in memory as a consequence of aging, but scientists are finding out it has more to do with how much the person is exercising the mind. More specifically, the brain produces acetylcholine when the person is exercising the mind, such as when a person is trying to pay attention1. Although many people’s memories increasingly start to fail after their mid-40’s, elderly people who constantly exercise their minds show high levels of acetylcholine, and their memory, as a result, does not deteriorate as rapidly. High levels of acetylcholine also reduce the risk of dementia; for example, cholinesterase inhibitors, which inhibit proteins that degrade acetylcholine and consequently lead to higher acetylcholine levels, have been used to slow down the effects of Alzheimer’s1.

In response to this trend of memory loss, researchers in New York discovered five compounds that naturally reinstate optimal levels of acetylcholine: Alpha GPC, Huperzine A, Bacopa Monnieri, Lion’s Mane Mushroom, and Ginkgo Biloba2. This formula was named RediMind. RediMind was created in order for people to use modern day technology without the consequence of drastically losing their memory through aging. After a placebo-controlled clinical trial by Princeton Consumer Reseach, the results showed that the group who took the RediMind drug had scored 45% better than the placebo group2. Another positive of RediMind is that it gives the brain a long-term boost for energy compared to short-term boosts of drugs like caffeine.

RediMind is now for sale but has not been reviewed by the FDA. This could one step closer to creating enhancers for superpower memorization, but this drug has not been tested enough to prove consistent improvement of memory and to be safe for the brain. So, for now, I would stick to memorizing directions, grocery lists, and more vocabulary words to work out my brain.