The Role of Music in Neurodegeneration: How it Can Help 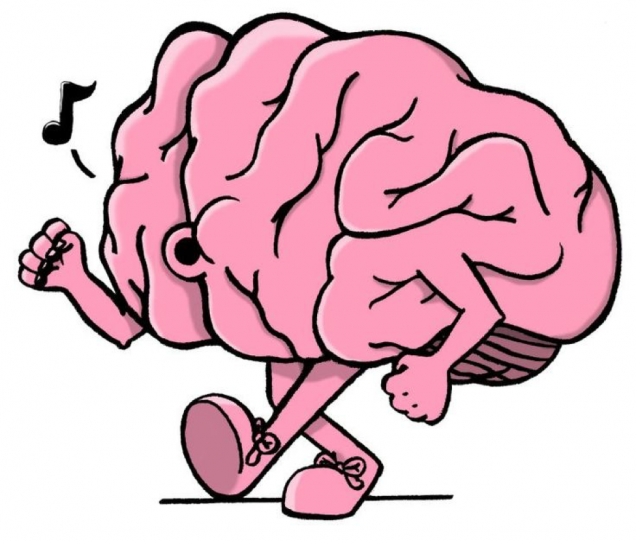 Music is all around us. It’s in our ears as we walk to class with our earbuds in. It’s in the cars we drive and the ubers we take. It’s in malls and grocery stores. It’s even infiltrated the smallest of spaces, like elevators in hotel lobbies. This ubiquity of music may make it lose its significance in our eyes, however, this is not the case for people suffering from neurogenerative diseases such as Alzheimer’s and Parkinson’s. Music plays an important role in the lives of these people. While they may find themselves lost in their own minds, music can help guide them to lucidity, even for a little bit. Clinicians and researchers are utilizing music therapy as a supplemental treatment for people who suffer from neurodegenerative diseases. This approach has been found to be extraordinarily beneficial in such patients. In fact, in his book Musicophilia, Oliver Sacks writes: “ music therapy with such patients is possible because musical perception, musical sensibility, musical emotion, and musical memory can survive long after other forms of memory have disappeared. Music of the right kind can serve to orient and anchor a patient when almost nothing else can.”1

One of the most prevalent neurodegenerative diseases is Alzheimer’s disease with 5.7 million Americans suffering from it in 20182. So far there is no absolute ‘cure’ for AD. It is caused by an accumulation of p-tau and neurofilaments in the brain which cause cell death and neurodegeneration in the hippocampus. Music therapy has been found to be an effective non-pharmacological approach to manage AD. A study by Arroyo-Anlló EM et al was conducted on self-consciousness in people suffering from mild to moderate AD where they played familiar music for one group of people and unfamiliar music for another group. They found that familiar music intervention resulted in improvement in some aspects of self-consciousness such as personal identity, affective state, moral judgements and body representation. The researchers suggested that the improvement in self-consciousness may be due to the enhancement of general cognitive state by familiar music3.

Another study investigated the effects of background music on autobiographical memory of those with mild AD and also found encouraging results. The investigators conducted Autobiographical Memory Interviews (AMI) in which they asked questions related to major events in the individual’s lives that spanned over childhood, early adulthood and recent life. They found that subjects that had music ‘Spring’ movement from Vivaldi’s ‘Four Seasons’ in the background during the interview had higher AMI recall scores especially for recent personal semantic memories. Subjects in the music condition had reduced state anxiety levels and therefore the researchers attribute the enhanced autobiographical recall to an anxiety reduction mechanism brought on by music4.

Music seems to have interesting effects on people who suffer from Parkinson’s disease as well. Parkinson’s is the second most common neurodegenerative disorder with approximately 60,000 Americans diagnosed with it every year5. It usually caused by cell death in the substantia nigra in the basal ganglia. This causes a depletion of dopamine in the brain which is responsible for the symptoms present in Parkinson’s such as gait abnormalities. Oliver Sacks makes another interesting observation in his book where he states, “The patient can regain a fluent flow with music, but once the music stops, so too does the flow. There can, however be longer-term effects of music for people with dementia – improvements of mood, behavior, even cognitive function – which can persist for hours or days after they have been set off by music.”6 Researchers have found some encouraging results in line with Sack’s conclusion. In a study conducted by Benoit et al, it was found that musically cued gait training showed improvement in gait, motor timing, and perceptual timing. They trained patients with Parkinson’s to walk to the beats of German folk music on their own but giving them exact instructions on how to do so. They found that not only did these patients show improvements in gait velocity and stride length, but this effect outlasted the duration of the training for up to one month7.

In the same study, they also found that music therapy has the ability to enhance perceptual timing. They assessed this using a tone duration detection task and found that the patients that had undergone musical intervention improved their performance in these tasks. The researchers state that both these effects may be attributed to a cerebello-thalamo-cortical tract which is activated by auditory cues and compensates for the dysfunction in the basal ganglia as the enhancement in perceptual timing is responsible for the improvements in the subjects’ gait 8.

While we may take music for granted, it can play a very important part in people’s lives – particularly those that have to live with neurodegenerative disorders like Alzheimer’s and Parkinson’s. Unfortunately, there’s no exact ‘cure’ for these diseases, but interventions such as music therapy can still help provide a unique approach to alleviate many of the debilitating symptoms presented by these disorders.