A Big Future for Mini-Brains 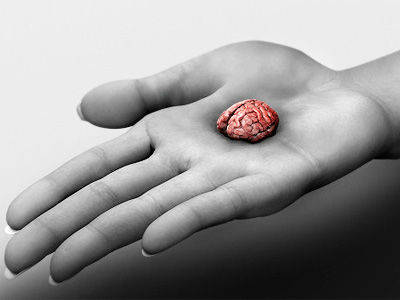 Recently, a team of researchers from Johns Hopkins University developed “mini-brains” from human skin cells that could replace animal models in drug research. The lead researcher, Thomas Hartung, asserts that “the future of brain research will include less reliance on animals, more reliance on human, cell-based models” such as this new method. Miniature brains produce electrical activity similar to real brains. These small bundles of cells “[represent] more or less a two-month-old brain.” Researchers have standardized the mini-brains and can cultivate one hundred identical brain cultures in one petri dish.

The mini-brains were developed from five donors’ skin cells, genetically programmed to produce induced pluripotent stem cells (iPSCs), which are adult cells that have been genetically reprogrammed to “blank slate” cells and then stimulated to develop into brain cells. Since mini-brains are cultivated in dense clusters, they electrically stimulate one another. The mini-brains develop over the course of eight weeks and grow to about 350 micrometers in diameter. They consist of four different types of neurons found in the human brain. They also contain two types of support cells: astrocytes and oligodendrocytes. Astrocytes support neurons, and oligodendrocytes create myelin, which insulates axons and facilitates neural communication. Researchers can observe myelin development as it starts to sheath the axons. The spontaneous electrophysiological activity of these structures can be measured using a device similar to the EEG, an electrode array, which allows researchers to study the electrical activity of the mini-brains when they are exposed to various drugs. Hartung suggested that specific mini-brains could be developed using the cells of people with conditions caused by both genetic and environmental factors, such as Parkinson’s, Alzheimer’s, and autism, to study the effect of drugs on these traits.

Mini-brains have the potential to revolutionize how drugs are studied. Using animal models in studying the effects of drugs has always been controversial. There are various ethical reasons to consider when using animals. In addition, since human brains are different from the brains of other species in various ways, the results of animal models often do not apply to humans. Since the mini-brains develop from human cells, the results obtained from these new studies may be more reliable than current animal models.

‘Mini-Brains’ Could Revolutionise Drug Research and Reduce Animal Use

2 Comments on A Big Future for Mini-Brains