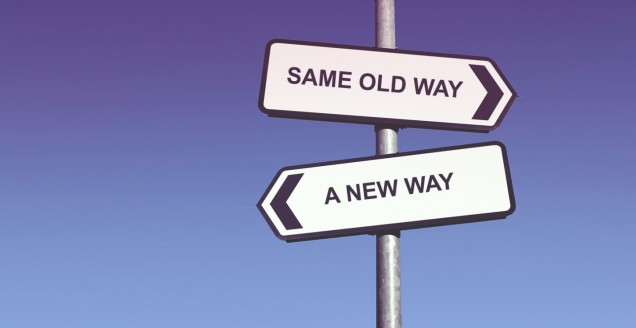 A habit is behavior that becomes automatic after regular repetition. The pervading thought used to be that habits are formed to free the brain, so it may perform other tasks, and to an extent, that is still true. However, a recent study conducted by MIT neuroscientists has found that a small region of the prefrontal cortex, where most thought and planning occurs, is devoted to controlling habits – deciding which habits are switched on at a given time. In addition, the study shows that although habits may become deeply engrained, the brain’s planning centers can shut them off.

In order to simulate engrained habits, the MIT team trained rats to run a T-shaped maze. As the rats reached the turning point of the maze, they were given a tone indicating whether to turn left or right; when they chose correctly (turning left), they received a reward of chocolate milk and when they chose incorrectly (turning right), they received only sugar water. Showing that the rats were displaying a fully engrained habit, the researchers stopped giving the rats any rewards; the rats continued to run the maze correctly. The scientists also offered the rats chocolate milk mixed with lithium chloride, which causes light nausea; the rats stopped drinking the chocolate milk yet still turned left.

Then the researchers tried to see whether or not they could break the rats’ habit to run left by interfering with activity in the infralimbic (IL) cortex, a part of the prefrontal cortex. Although the neural pathways that encode habits are located in the basal ganglia – a set of deep brain structures involved in coordination of movement, cognition, and reward-based learning – it has been shown that the IL cortex is also necessary for such behaviors to develop. The researchers, using optogenetics, a technique allowing researchers to inhibit certain cells with light, turned off IL activity in the rats’ brains as they approached the turning point. As a result, the rats turned right (where the reward was now located) and later formed the habit of turning right even when cued to left. Inhibiting IL activity again, researchers found that the rats’ regained their original habit of turning left when cued to do so.

From the results of the study, the researchers found that the IL cortex is responsible for determining which habits are expressed, and that it favors new habits over old ones; habits are broken but not forgotten when replaced. The results offers hope for those suffering from disorders involving overly habitual behavior, such as obsessive-compulsive disorder.Although it would be too invasive to use optogenetic interventions to break habits in humans, the technology could potentially evolve to a point where it would be a feasible option for treatment.

Understanding How Brains Control our Habits

This is Your Brain on Habits