Neuroscience and the Greatest Minds 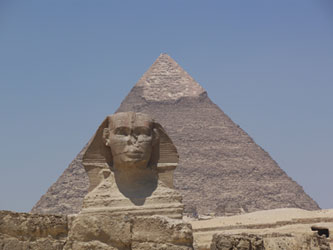 The Pyramids of Giza is one of “the Seven Wonders of the World,” which required Ancient Egypt to utilize complex knowledge in mathematics and architecture to figure out how to construct such landmark from the beginning. Some beholders are in such disbelief that they believe a greater force than the ancient civilizations built it for unknown purposes. However, with the understanding of the human mind, we can tell that the Egyptian scholars and builders were at least smart and strong enough to build such awesome necropolis.

One of the key requirements to stay active, smart, and diligent is basically to stay healthy. One of the most important ways to stay healthy is through physically fitness. Cardiovascular exercise is high priority because evolutionarily our ancestors for the majority of the time used their legs to migrate and that part of the body was mostly used to keep the body running. Our brains are like computers where we need activities that grant us gratification to maintain our stress levels and keep the brain stimulated lengthening life-span and heightening mental and physical performances. Stress levels in fact cause much harm to our brain and body impairing our mental performances and immune systems.

One difference between a university student and ancient Egyptian scholar would most likely be how much each sit down and walk during recreational hours. No one would deny that our changes in technology greatly altered how much we sit to play with our computers as opposed to play sports outside the day for fun. Sitting in fact causes much harm to our health making us more prone to becoming lazy and corpulent which would make the ancient Egyptian scholars have greater capabilities if they were to exist in our time. Those scholars most likely had more fun playing sports that break their sweats since no monitors were there to drain their mental and physical health. But in reality, if we fight our tendency to be lazy and exercise as much as those of the ancient times, we would probably be valedictorians in the first-tier schools, earn six-digit salaries in great careers, create great achievements, and live much longer without any chronic diseases.