How Dreams Are Shown Through Brain Activity 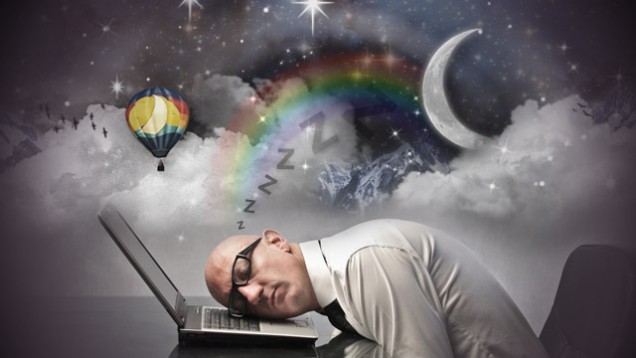 For the longest amount of time, sleep and dreams were a complete mystery. At best, only educated guesses could be made as to how and why we dream from scientists such as Sigmund Freud, who claimed that sleep was a “safety valve” for unconscious desires. Essentially, no concrete theory for the process of sleep could be made because scientists lacked the means of actually accessing the brain. In the 1950s, however, scientists made a breakthrough in the study of sleep when they discovered its various stages.

In 1953, researchers using electroencephalography (EEG) were able to measure human brain waves during sleep. In addition, they measured the movements of the limbs and eyes. From the results of these experiments, researchers were able to find that brain activity both increases and decreases during sleep. During the first hour of sleep, brain waves slow down, and the eyes and muscles relax. Heart rate, blood pressure, and temperature fall as well. Over the next half hour, however, brain activity drastically increases from slow wave sleep to rapid eye movement (REM) sleep, and brain waves observed during REM are similar to those observed during waking. As opposed to waking, however, atonia occurs, which is when the body’s muscles are paralyzed; the muscles that allow breathing and control eye movements are fully active, and heart rate, blood pressure, and body temperature increase. As sleep continues, the brain alternates between periods of slow wave sleep (divided into four stages, with brain activity increasing with each stage) and brief periods of REM sleep, with the slow wave sleep becoming less deep and the REM periods more prolonged until waking occurs. Approximately 20 percent of our total sleep is spent in REM sleep.

While dreams can occur during slow wave sleep, if one is awakened during its several stages, one will most likely recall only fragmented thoughts. Instead, most active dreaming occurs during REM sleep, when the brain is most active. During REM sleep, signals from the pons travel to the thalamus, which relays them to the cerebral cortex, the outer layer of the brain, and stimulate its regions that are responsible for learning, thinking, and organizing information (the pons also sends signals that shut off neurons in the spinal cord, causing atonia). As the cortex is the part of the brain that interprets and organizes information from the environment during consciousness, some scientists believe dreams are the cerebral cortex’s attempt to “find meaning in the random signals that it receives during REM sleep.” Essentially, the cortex may be trying to interpret these random signals, “creating a story out of fragmented brain activity.”