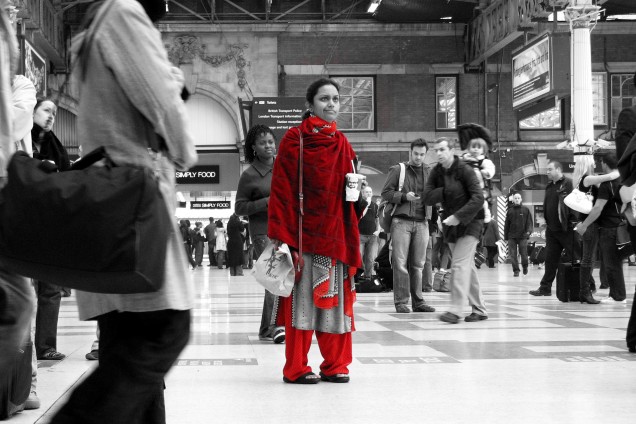 Conformity is determined by a variety of situational and individual difference factors. Situational factors tend to increase when subjects are in groups that have been previously successful, when subjects are asked to give public responses while facing an opposition, when the stimuli are ambiguous or difficult, or when members are interdependent or unanimously opposed. Individual difference factors tend to increase when there are factors that decrease the subject’s certainty of their response or increase the subjective correctness of the group. (Back et al, 1965)

The behavior of conformity can be classified by whether someone’s behavior demonstrates a real acceptance of the norm, or whether the person is just going along with the group (Mezzacappa, 1995). The Asch conformity experiments in 1956 studied how participantswere influenced by conformity when they held an opinion that labeled them as the minority against a unanimous group opinion on unambiguous perceptual stimuli. The line judgment task in this experiment showed a standard line and comparison lines, and participants were asked to say the letter of the comparison line that matched the standard line out loud after hearing other people’s responses. Only 25% of the participants in the study gave correct answers after hearing other people’s erroneous answers. The study found that participants conformed due to either informational influence, which is the assumption that the crowd, or majority, must be correct, and the individual, or minority, must be wrong, or normative influence, which is the conformation to a crowd to avoid looking foolish. Personality characteristics relevant to deviation from norm can also be associated with conformity. Maslach (1974) and Maslach, Stapp, and Santee (1987) studied the trait of individuation and found that it is negatively correlated with conformity. Conformity behavior is also negatively correlated with intellectual achievement, perceptiveness of self, and security in social status. However, situational factors have a greater influence on conformity because individual difference factors tend to be more consistent.