A very common way to observe how someone thinks is to use fMRI. fMRI,which stands for Functional Magnetic Resonance Imaging, is one of the most common medical imaging techniques. Unfortunately it requires that its patients stay still inside a machine for a long time, and more importantly it makes screeching sounds that are intolerable to dogs. For these two reasons many thought it was impossible to put a dog inside an fMRI scanner without sedating it. Why not sedate it you may ask? Because the anesthesia affects brain functioning! Fortunately for the world, Berns and his team managed to train a group of dogs, including Berns´own dog Callie, to sit still inside an fMRI scanner. Additionally, they conditioned the dogs to respond to particular hand signals. What they found was preliminary evidence to suggest a cognitive similarity between dogs and humans.

The human brain is a much more evolved organ than that of a dog. However, many brain structures are shared between both species, as well as many others. One such brain structure is the caudate nucleus. The caudate nucleus is located inside the basal ganglia, and according to Berns´ plays an important role in: ¨the anticipation of things we enjoy, like food, love and money.” Furthermore, Berns writes, that the ¨caudate activation is so consistent that under the right circumstances, it can predict our preferences for food, music and even beauty.” Thus activation of this particular part of the brain can say a lot about any organism. Berns and his team found an increase in caudate activity when dogs responded to hand signals indicating food. In addition, the caudate also activated when dogs smelled the odor of familiar humans. Berns’ research may not prove completely if dogs actually love their owners but it sure offers some striking evidence. As it turns out humans, like dogs, have an increase in caudate activity in response to positive emotions. This shows that similarly to humans, dogs have the ability to feel positive emotions like love and attachment.

While more research from Berns´ team will probably come in the next few years to provide further evidence, the findings are already striking. I personally have no doubt that Baco loves me, but a little neuroscience evidence would not be bad at all. Furthermore, with evidence proving dogs have the ability to feel emotion, we might see a revolution in animal rights laws that might change the way we feel and treat all animals. 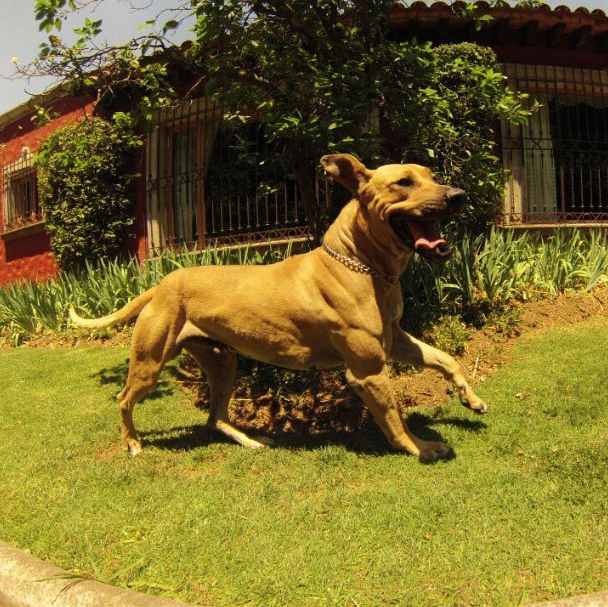 Dogs Are People Too – NY Times