Our brains are hard-wired to automatically categorize things based largely on surface information. It’s an adaptive process that allows us to quickly perceive the meaning of a given stimulus and move onto other things that require more elaborate cognition. These mental snapshots of ours are pretty accurate, but when we apply this automatic categorization to extremely complex human beings, we often get first impressions wrong.

When we classify others, we mentally put them into an ‘ingroup’ or ‘outgroup’.  An ingroup is any group of which the perceiver is a part of, while the outgroup is a group in which the perceiver is not a member. We have many ingroups for ourselves. Some ingroups of myself for example would be women, people from Long Island, artists, neuroscience majors, motorcyclists, and Siberian husky lovers. 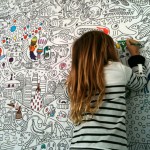 "All artists are a little crazy!" :P

Research shows that whichever ingroup is salient in the perceiver’s mind will affect what behaviors the perceiver feels free to do, and what his or her expectations are for the behaviors of those he or she is with. It’s natural to curtail how we act based on our environment. There are some jokes and behaviors that would be considered unprofessional in a classroom environment, yet perfectly normal when out with friends.

We tend to see ingroup members as unique snowflakes, while outgroup members are perceived to share most of the same characteristics, values, and goals. We view these people as all alike, and that’s where stereotypes arise. This is referred to the outgroup homogeneity effect in social cognitive neuroscience. Since we have much more interaction with ingroup members based on shared values and interests, we feel comfortable understanding their motives and expectations. We know how to behave around them and what sets each apart. The lack of knowledge about outgroups meanwhile leads to faulty assumptions and sweeping evaluations.

Our brains are to designed to ‘fill in the gaps’ in order to provide organization in our knowledge- this system aims to make sense of our environment and dispel fears. One reason people may have negative opinions about outgroups is because of underlying fear. The amygdala, the limbic system structure responsible for salient emotions like anger and fear, plays a key role in forming prejudices as an adaptive function.  fMRI studies showed higher levels of amygdala activation when perceiving outgroups as a whole. Yet research shows that the more heterogeneous we view  outgroups, the less likely we are to feel prejudice. 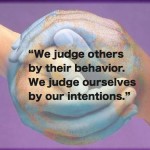 Unfortunately, humans simply don’t have the mental capacity to carefully evaluate each new person they come across. Making an overly quick, and possibly inaccurate, judgment is a ‘limbic’ shortcut. But there are things we can do to overcome our natural tendency to keep stereotypes.

First off, accept that you’re always going to ruffle some feathers. You’re going to occasionally upset others by going against the norm,  without it being any fault of your own. Accept that everybody has learned beliefs about ‘outgroups’ to some extent, and these beliefs may be unyielding.

Challenge these rules by focusing your attention on members of outgroups who don’t fit your preconceived notions. Be aware of how you’re thinking and feeling about someone of an ‘outgroup’ and purposefully seek counterexamples in their behavior. Intentionally get to know people who are not like you. Get to know them well!

Forming new habits and re-learning how to reflect on outgroups will transform the way we associate with each other. It’s one step against a more primitive process of human interaction. When we begin to break down the walls of prejudice, we begin moving toward evolution into a more cooperative, connected human society.

The Neurobiology of Stereotyping and Prejudice – Handbook of Neurosociology