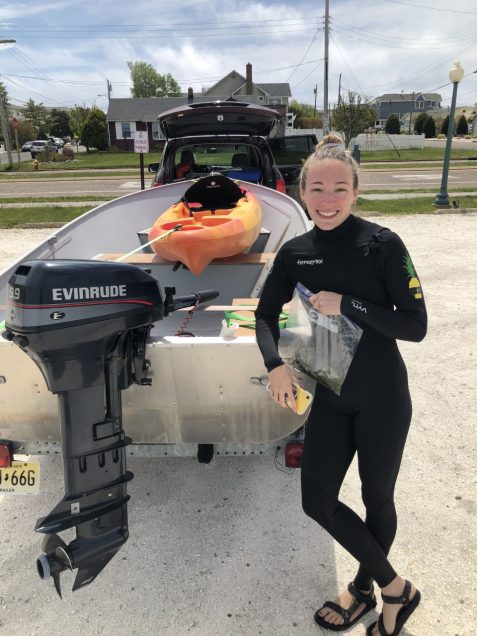 Cece is a senior at Boston University, where she is getting a duel BA/MS in Biology, specializing in Ecology and Conservation Biology, with a minor in Marine Science. She grew up near large expanses of estuarine environment on the coast of New Jersey, and has always been immersed in nature, particularly the intertidal.  She is passionate about conservation and the communication interface between science and the public. Following her passions, Cecelia has interned for Greenpeace Australia-Pacific, where she traveled around Australia as a logistics coordinator and scientific communicator for the country wide outreach program: Breakfree. She is also involved in photomosaic analysis, looking at coral distribution over time in the Phoenix Islands Protected Area. Recently, she has begun research on microplastic’s density and distribution in temperate eelgrass communities. She intends to expand on this work for her Master’s thesis. When she is not doing science, she is almost always running as a short sprinter on the Division 1 Boston University Track and Field team. 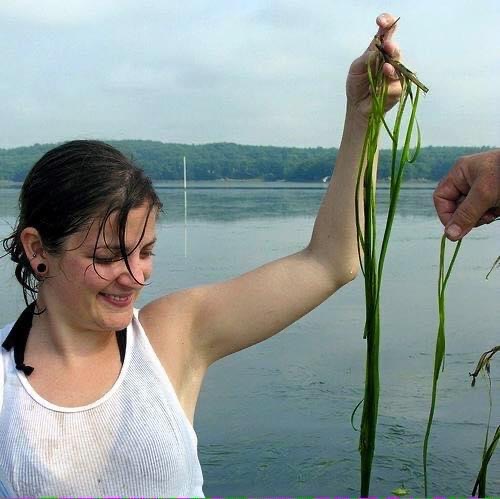 Nikki has a Bachelor of Science from the University of New Hampshire. She is interested in marine conservation and ecosystem health. Nikki has been working with seagrass ecology since 2006, under Dr. Fred Short. She has been involved in many projects; including assisting with graduate research experiments, long term ecosystem monitoring after dredging, restoration efforts, and maintaining data integrity on global seagrass monitoring database, SeagrassNet.org.

Recently, she has been involved with SeagrassNet monitoring at 2 sites in New Hampshire and Maine, and restoration transplanting at the Nelson Island site in Plum Island Sound. She also works full time as a QA Compliance Specialist at Lonza Biologics. In her free time, Nikki likes to kayak, garden, and hike with her husband, Jon and dog, Houston. 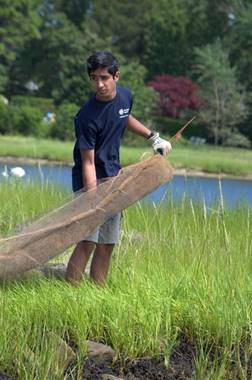 Ved Ahuja is a sophmore at Boston University, where he is pursuing a major in biology and a minor in marine science. He is also fulfilling pre-medical curriculum requirements. Ved become interested in marine ecology and conservation when he signed up with live blue™ Ambassadors – a teen volunteer program at the New England Aquarium. For four years, Ved participated in cleanup and restoration of Massachusetts State Reservations, marine animal and shorebird related fieldwork and research, advocacy, and public education. By way of these efforts, he not only fell deeply in love with his blue planet, but also recognized an essential need do his small part in preserving it. Currently, Ved is continuing his passion for marine life and habitat conservation as a live blue™ Service Corp at the New England Aquarium and as a team member of the Novak Lab at Boston University through his work on the invasive green crabs and eelgrass restoration.