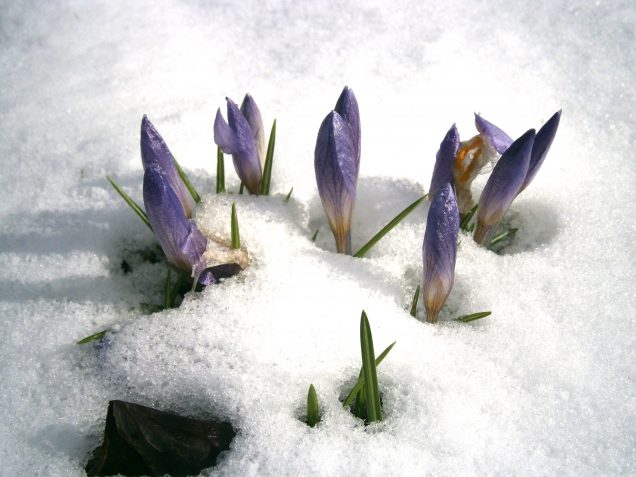 Josephine Accarrino grew up loving the pleasures of the table. Food, alongside its traditions, always played a starring role in all her family get-togethers. 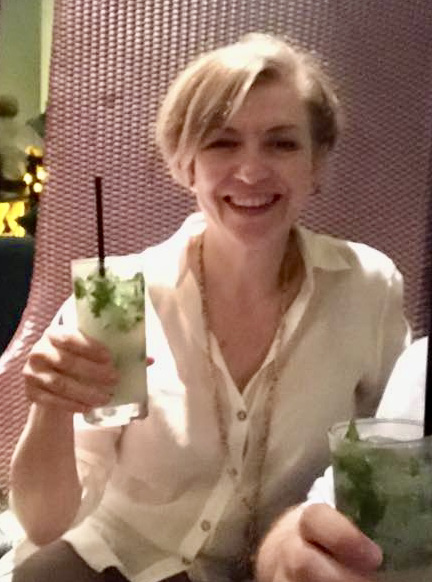 Her family’s old-world traditions contrasted with friends’ traditions and stories were often traded over the different ways food was celebrated in family gatherings. In Toronto, where Jo was born and bred, a car drive of 20 minutes in any direction allows access to food from myriad cultures. In Josephine’s life, food always served as a window into culture and society.

For the first years of her working adult life, Josephine taught grades 4 – 10 after obtaining her BSc from University of Toronto and her B.Ed from the University of Western Ontario. After her first child, she transitioned, with the help of a MSc from Drexel University, to a career in clinical research, where she successfully grew and managed a boutique research firm, and evened up the family with a second child.  Lucky enough to have wound down the company just before the pandemic hit, Covid restrictions gave Josephine time to reflect on what mattered most to her. Not surprisingly, she came back to food, people and culture. In truth, these three loves never really left – travelling the world for work and pleasure afforded Josephine the deep satisfaction of delving into different cultures through their relationship with food. Josephine will never be sure if she found the Certificate Program in Food Studies at Boston University Food or if it found her; either way, she is very excited to begin this next phase of her journey. 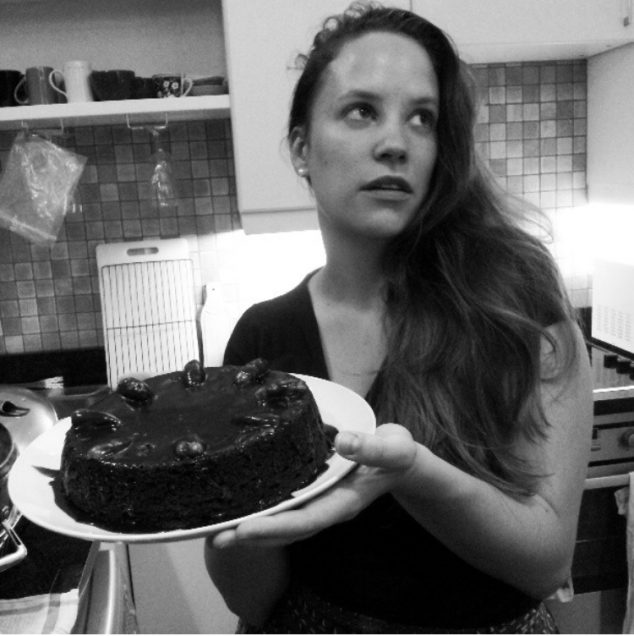 did a gap year between high school and college in Cape Town, South Africa before ending up in NYC, where she graduated from Columbia University in 2010 with a BA in African Studies.

A love of contemporary photography has led her down a winding career path, and she returned to her beloved Cape Town to live and work from 2013 to 2019. A few years in the art world eventually led to work in academic publishing at Pearson South Africa, which she continues today as a freelance editor, in addition to her work as a copywriter. A life-long love of pie and baking saw her introduce American-style fruit pies to Cape Town via her pie stand at one of the city’s weekly food markets. She also has spent the past couple of years learning French and was able to live in France for three months in 2019, an opportunity which allowed her to start thinking seriously about studying food.

Discovering the writings of Wendell Berry, Jean Vitaux, Robin Wall Kimmerer and Clarissa Dickson Wright over the past three years has been a significant experience to say the least and intensified her belief that many of the world’s problems relate to issues around food and farming. Through the certificate course at BU, she hopes to find her ‘purpose’ within food studies, while learning more about her particular interests in regenerative farming, proper animal husbandry, home economics and the possibility of food to function as a diplomatic tool.

As a Chinese American, food has always been a pillar to Catherine Blewer’s identity. She finds nothing more comforting than a bowl 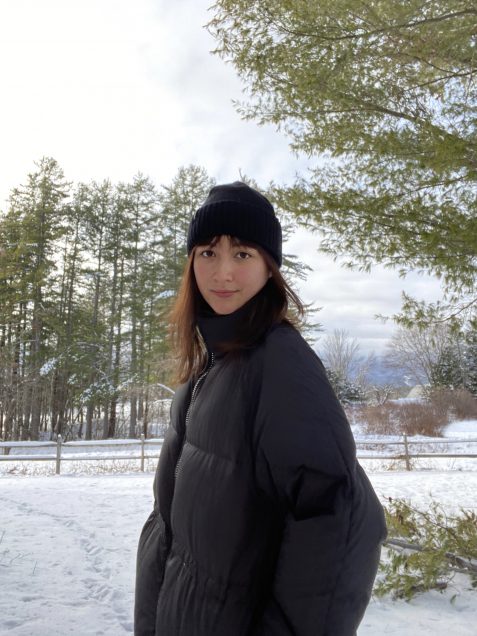 of congee. While she is biased toward Chinese food she also greatly enjoys exploring other types of cuisine. She often craves seafood and looks forward to living in Boston where she will be  much closer to the Wellfleet oyster.

Catherine graduated from Union College majoring in Visual Arts. She also received a Certificate in Cooking from the New England Culinary Institute and has worked on the line at a couple of restaurants. She now works for a  small Virtual Events company that teaches Sushi Rolling and Bubble Tea helping build out their quality assurance department and hone their creative brand.

Catherine hopes to learn as much as she can while studying at BU and further orient her career into the food world. In particular, she hopes she can apply what she learns to help the small business she works for as well as helping the restaurant community recover after the pandemic.

Beyond food Catherine really enjoys true crime, photography and a good book. She currently lives in New York where she is from with two roommates and many plants.

Sabina Michelle Routon is a polymath who doesn’t actually enjoy math all that much. She does enjoy learning languages, writing, 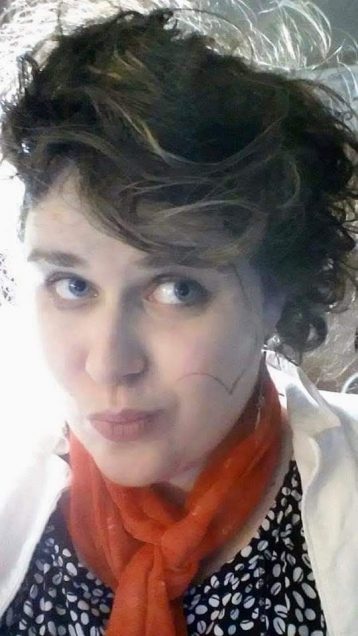 drumming, learning about finance, making jam, telling stories, conducting choirs, and completing the first half of any given crochet project. Because she enjoys these things, she chose not to major in any of them and instead got her B.S. degree in Family Studies, emphasizing human sexuality and family systems, from Brigham Young University. She minored in Linguistics and spun cymbals in the marching band, taking various classes in theater-makeup, rhetoric, and Russian literature so she would have something to talk about at parties.

Sabina received her culinary education through the then-pioneering online program from Escoffier School of Culinary Arts; she has since earned a certificate in entrepreneurship from LDS Business College and an industry certification as a professional resume writer and career coach. She taught scores of community cooking and gardening classes in Provo, Utah, and spent many years as a caterer, recipe developer, and artisan baker. Over the years, she discovered an interest in bean-to-bar chocolate, a love for learning the use and history of spices and herbs, and an unexpectedly deep-rooted excitement about apples.

Though these interests seem disparate to some, Sabina looks forward to bringing the best of them to bear through her gastronomy studies at BU and beyond. She is passionate about community self-reliance, sustainability and hunger-relief efforts. Of all of her professional and academic interests, her deepest fulfillment comes through building systems to help individuals and communities thrive.

She looks forward to working with others to strengthen food systems around the globe, particularly in the wake of Covid-19 and other recent disasters.

Sarah Lindsey hasn’t been in school for a while.  Last time she was, she was earning her BFA in theater from NYU.  It was the 90’s and 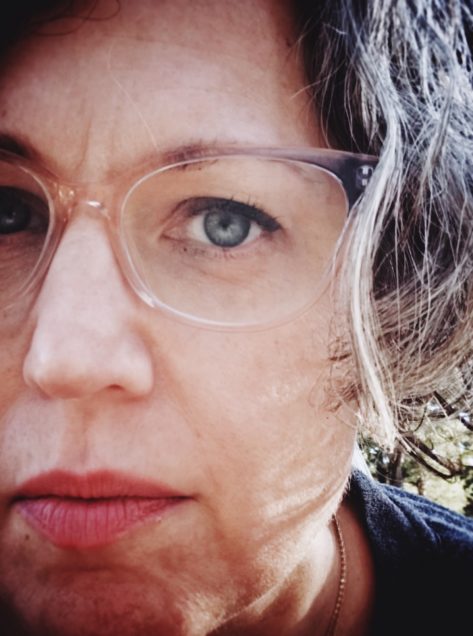 the city was filled with possibilities and brunch. Five years later, with the possibilities starting to seem less likely to pay off, she took a hospitality job in the USVI. Before she knew what was happening, she was applying for a job as a chef on a charter sailing yacht.  In the interview, the boat owner asked where she had worked as a chef before. She replied, “I haven’t, but I lived in NYC for 10 years and ate in a lot of restaurants, so I know how food should look and taste.”

Somehow that bit of bravado paid off. She got the job and realized she loved not just eating food, but cooking it.  She moved on to a second yacht job, then back to land where she kept cooking and developing recipes and menus, working for a small, family run business. It seemed the next step should be starting her own small, family run business – an investment to take her through the next stage of life while raising her daughter. Turns out you need more than bravado and good food to run a restaurant these days. Without coproprate backers, or (frankly) business know-how, the restaurant came to an untimely end, leaving Sarah to rethink that next stage of life.

Sarah joins the Gastronomy program remotely from Austin, TX. Beginning with the Food Studies Certificate, she hopes to explore the field of food writing for the media. Fascinated by the effects of culture and history on perceptions of food and health, she’s looking forward to digging into ideas, learning new skills and drawing connections that help us understand the whys of our complicated relationships to food.