I am an Associate Professor in the Department of Political Science at Boston University.  I am also a Fellow with he Policy Lab@Brown where I do applied policy work and one of the Principal Investigators on the annual Menino Survey of Mayors. My research focused on political institutions – especially courts, public opinion about institutions, local politics and policy, policy diffusion, and law. I teach undergraduate courses about law (Constitutional Law, Civil Liberties, Judicial Politics), and local government. My local government courses includea project based local policy lab course and a co-taught class about all of the politics, policy, and social science in HBO’s the Wire (named “coolest class to take at BU” by Boston.com) .  I am also the faculty director of a program called MetroBridge that pairs BU courses across levels and disciplines with local governments to bring real, applied, policy relevant research into BU classrooms. You can view my CV here 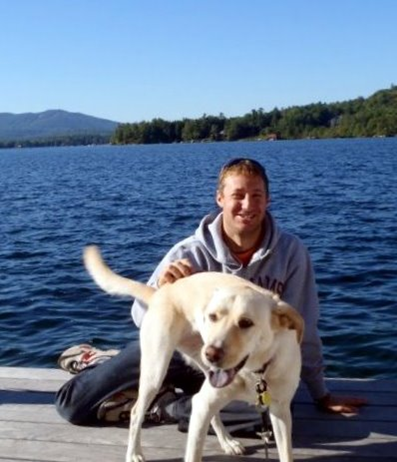 Much of my most recent work focuses on urban politics and policy, especially  housing and development, with my colleagues Katherine Einstein and Maxwell Palmer. This work includes our book, Neighborhood Defenders: Participatory Politics and America’s Housing Crisis, (Cambridge University Press, 2019). It also includes my work as a one of the lead investigators on Boston University’s annual Menino Survey of Mayors.

I grew up near Boston and now live in Rhode Island with my wife and two young children. Before graduate school at Princeton I was an undergraduate at Williams College and worked in Cambridge for two years as a strategy consultant with the Monitor Group. I also spent two years as a fellow at the Rockefeller Center for Public Policy at Dartmouth. I try to find time to play with my dogs and do amateur home improvement projects (no plumbing or electric). I’ve retired from playing pickup basketball with college kids, but still play soccer in a Sunday morning “Over the Hill” league and have taken up running as something more than a substitute for playing team sports,