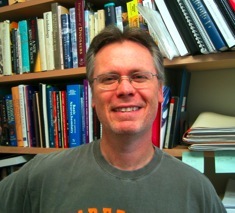 My research and teaching interests concern the relationship between brain and behavior. Studies my lab has conducted on pheromone detection and processing in mice represent a long-standing collaboration with my colleague Dr. Michael Baum in the BU Biology Dept.  Over the years our labs have published a series of investigations aimed at understanding how the two sexes differentially process socially relevant odors (pheromones), and defining the particular roles of the main and accessory olfactory pathways in pheromone detection.

We are using the mouse to examine whether the main olfactory bulb (MOB) detects social odorants by a pathway involving the ‘vomeronasal amygdala’.  We have found that there are direct projections from MOB mitral or tufted (M/T) cells to the same subnuclei of the medial amygdala that receive direct inputs from the acessory olfactory bulb (AOB).

Using anterograde tracing the figures below show demonstrate that the MOB has direct projections to the medial amygdala: 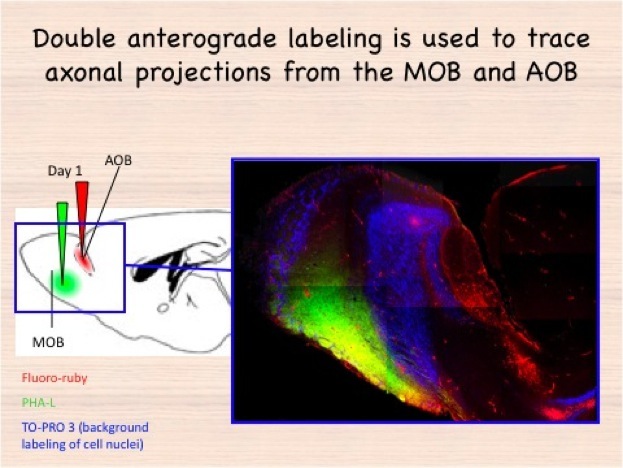 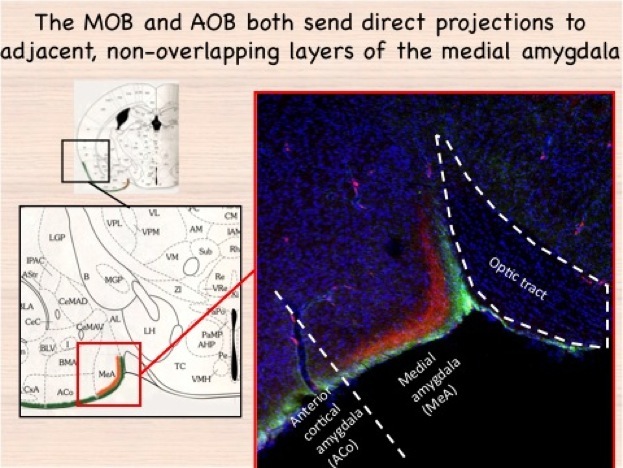 A direct projection from mitral/tufted (M/T) cells in the main olfactory bulb (MOB) to the medial amygdala exists, and whether medial amygdala-projecting M/T cells are activated by volatile urinary odors from conspecifics or a predator (cat). Simultaneous anterograde tracing using Phaseolus vulgaris leucoagglutinin and Fluoro-Ruby placed in the MOB and accessory olfactory bulb (AOB), respectively, revealed that axons of MOB M/T cells projected to superficial laminae of layer Ia in anterior and posterodorsal subdivisions of the medial amygdala, whereas projection neurons from the AOB sent axons to non-overlapping, deeper layer Ia laminae of the same subdivisions. Placement of the retrograde tracer cholera toxin B into the medial amygdala labeled M/T cells that were concentrated in the ventral MOB. 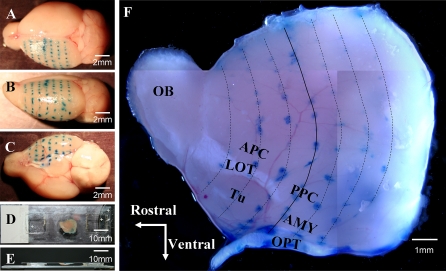 A whole-mount, flattened cortex preparation was developed to compare profiles of axonal projections from main olfactory bulb (MOB) and accessory olfactory bulb (AOB) mitral and tufted (M/T) cells. After injections of the anterograde tracer, Phaseolus vulgaris leucoagglutinin, mapping of labeled axons using a Neurolucida system showed that M/T cells in the AOB sent axons primarily to the medial and posterior lateral cortical amygdala, with minimal branching into the piriform cortex. 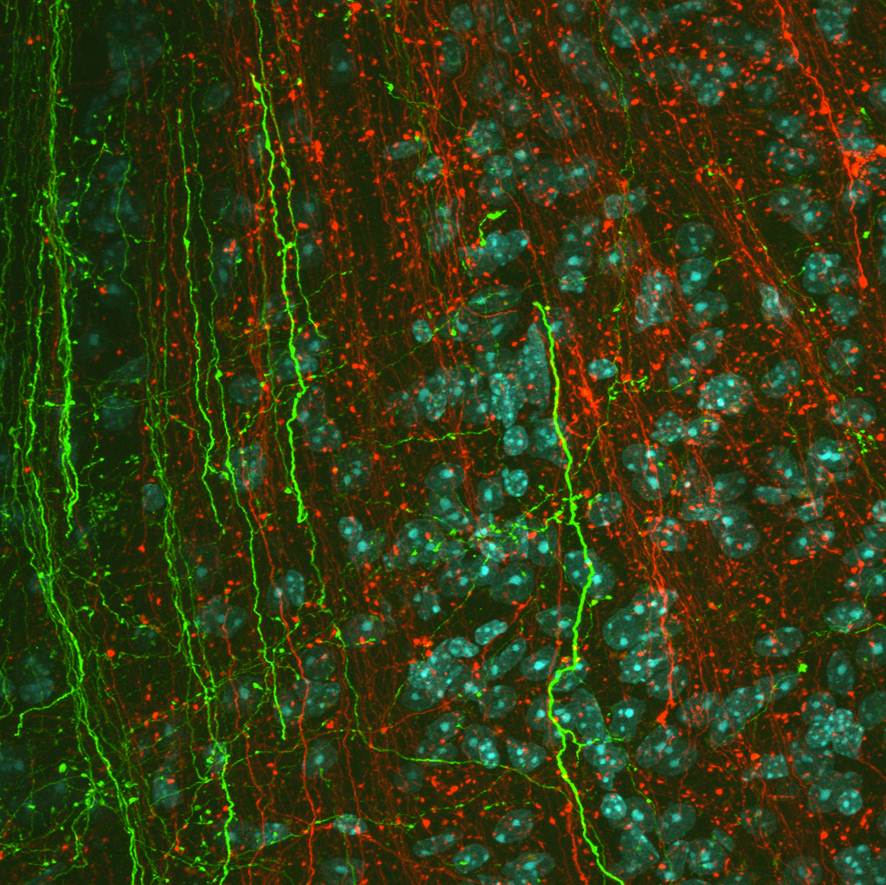 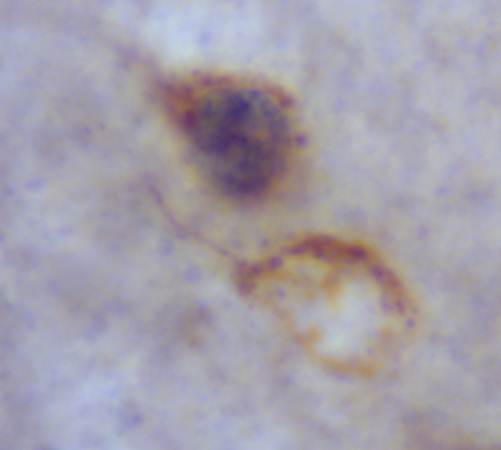 (a) Efferent projections from the anterior medial amygdala (green) and posterior medial amygdala (red) passing through the posterolateral stria terminalis on their way to hypothalamic and ventral striatal targets. (b) Top: Neuron coexpressing Fos protein (black) and the retrograde tracer, CTB (brown) in the Basolateral Amydgala of mouse  given an injection of CTB into the medial olfactory tubercle and subsequently exposed to opposite sex odors.  Bottom: Neuron expressing only CTB projecting to the medial olfactory tubercle.

Another area of Interest: Optogenetics