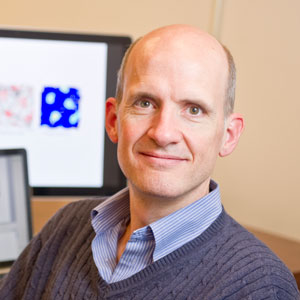 Professor Hasselmo is Professor of Psychological & Brain Sciences and Director of the Center for Systems Neuroscience at Boston University.He is also a principal investigator on the $7.5 million Office of Naval Research Multidisciplinary University Research Initiative Award as well as PI on two National Institutes of Health R01 grants.

His research takes an interdisciplinary approach to the nature of memory and brain processes, from systems neuroscience and biochemistry to cognition and behavior. His research focuses on the physiological mechanisms of spatial navigation and memory function; he has explored important elements of the mechanisms of episodic memory, including examination of the mechanism for the coding of space and time in episodic memory by grid cells in the brain.

“I enjoy introducing students at BU to theories about the mechanisms of brain function, particularly in my own field of research on memory and goal-directed navigation,” Hasselmo says. “This is an exciting area with many exciting recent breakthroughs, but also with tremendous opportunities for future contributions. I take pleasure in training students on the available experimental data and theoretical techniques, and also encouraging them to think in terms of their own potential future contributions to the field.”

Hasselmo has previously written letters supporting other senior faculty to receive the Warren Professorship, and says he is proud to receive the honor himself. “I have always been interested in the history of academia, and I appreciate the value of the named professorships at universities, so it is marvelous to receive this honor from Boston University,” he says.