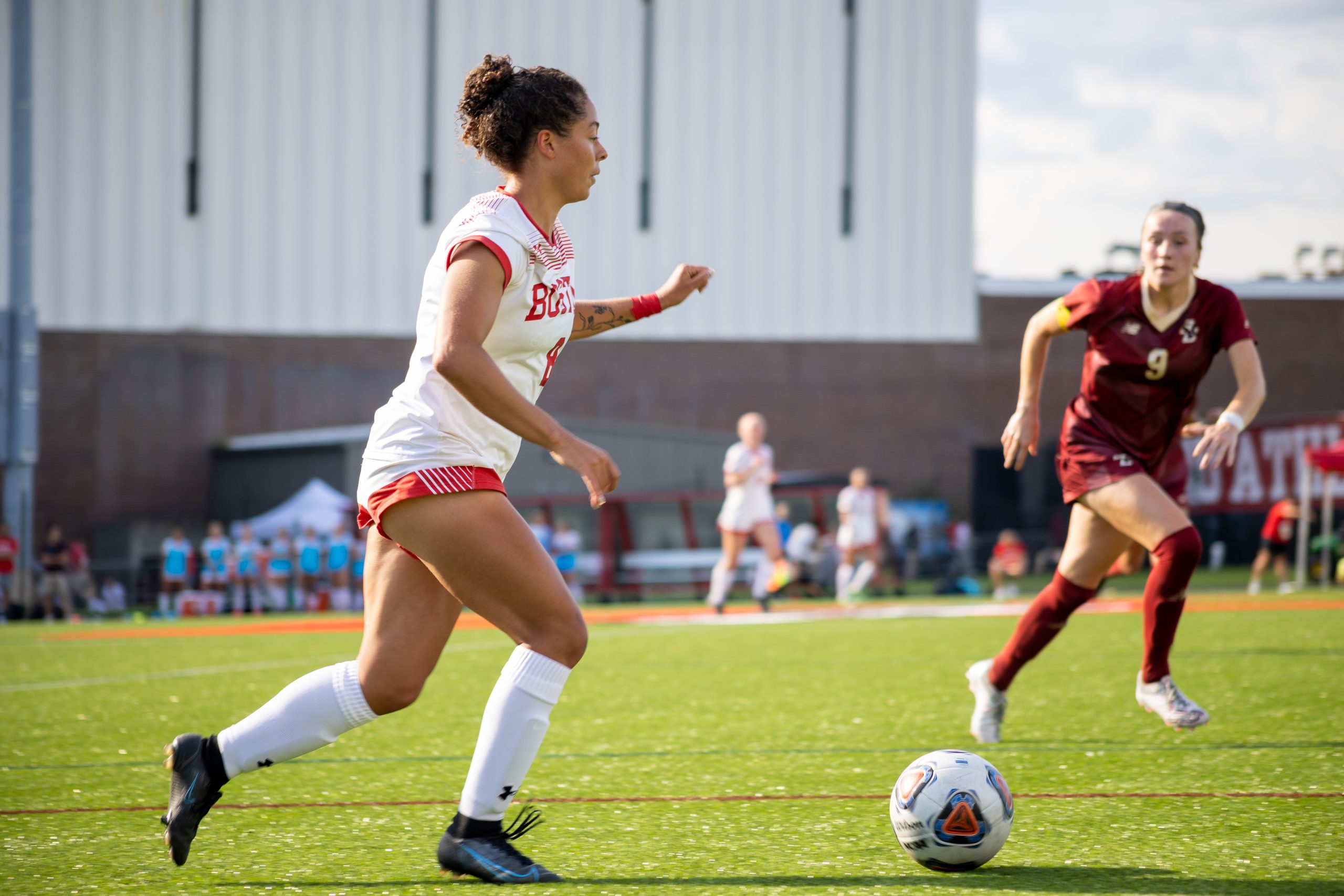 Boston University Women’s Soccer (4-5-0, 1-0-0 PL) traveled to Easton, Pennsylvania for their third consecutive road game to take on Lafayette (2-6-1, 0-1-0 PL). After tallying two quick goals in the second half, the Terriers overcame an early deficit to take their Patriot League opener 2-1.

A sloppy start led to the Terriers conceding early in the first half. Senior forward Sara Oswald scored a high-center strike off of a pass from fellow senior Haley Pursel just 6:36 into the match – the earliest the Terriers have been down in a match so far this season.

The Leopard’s lead would hold through the half despite being edged in shots by the Terriers 5-4. With five losses in six matches and the conference opener on the line, BU Head Coach Casey Brown’s squad collected themselves at halftime, and proceeded to deliver a dominant performance in the second half.

Sophomore forward Morgan Fagan put home her third goal of the season into the bottom right side of the net just under thirteen minutes into the half. After finally receiving that jolt of momentum they had been searching for all match, the Terriers did not look back from there.

The Terriers would quickly take the lead after Fagan’s strike, this time off the boot of redshirt senior Amy Thompson just four minutes after their first goal.

Quick-strike offense is nothing new to Brown’s squad one month into the season. Consecutive August victories against Providence College and UMass Lowell showcased the team’s ability to get out to quick, early leads as well as come from behind after slow starts.

BU tightened up on defense to close out the victory, as Lafayette were unable to get a shot in on second-half goaltender Gretchen Bennett. The Terriers supplemented their strong defense with aggressive offense, edging the Leopards 6-3 in second-half shots. BU also had four corners to Lafayette’s one.