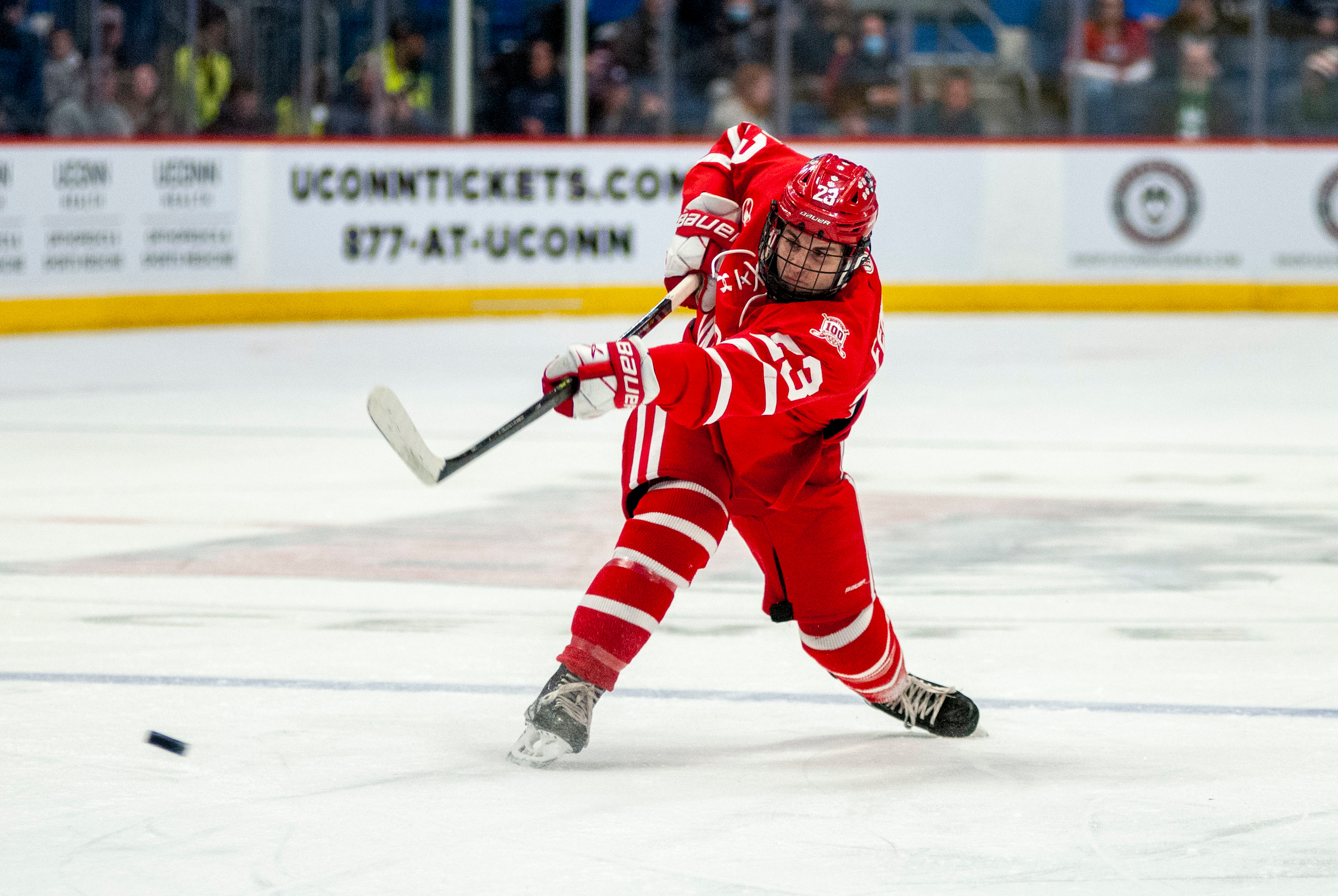 It is the first time each skater will sport a letter on their jerseys during their time on Comm. Ave.

Fensore, a third round pick (90th overall) by the Carolina Hurricanes in 2019, led the Terriers in scoring last season with five goals and 26 assists for 31 points in 35 games, all career-highs, last season. On his career at BU, the Thornwood, N.Y., native has 55 points (10 goals, 45 assists) in 85 contests over three seasons. The 5-foot-7, 151 pound defenseman was the team’s nominee for the Hobey Baker Award.

Fensore was named a Hockey East Second Team All-Start this season. He was also awarded the Clifford P. Fitzgerald Scholarship Award alongside now Chicago Blackhawks defenseman Alex Vlasic, which is presented annually to the outstanding rising junior or senior defenseman, as well as the George V. Brown Most Valuable Player Award at the team’s annual banquet.

On their careers at BU, each have a a national tournament appearance in 2020 and a Beanpot championship to their name after the Terriers claimed their 31st title this season. Fensore had the secondary assist on rising junior forward Dylan Peterson’s game-winning goal in the championship against Northeastern on Feb. 14.

Featured Image: Dom Fensore shoots a one-timer during the first period of the Hockey East Quarterfinals against UConn at the XL Center in Hartford, Conn., on March 23, 2022. Photo by Patrick Donnelly