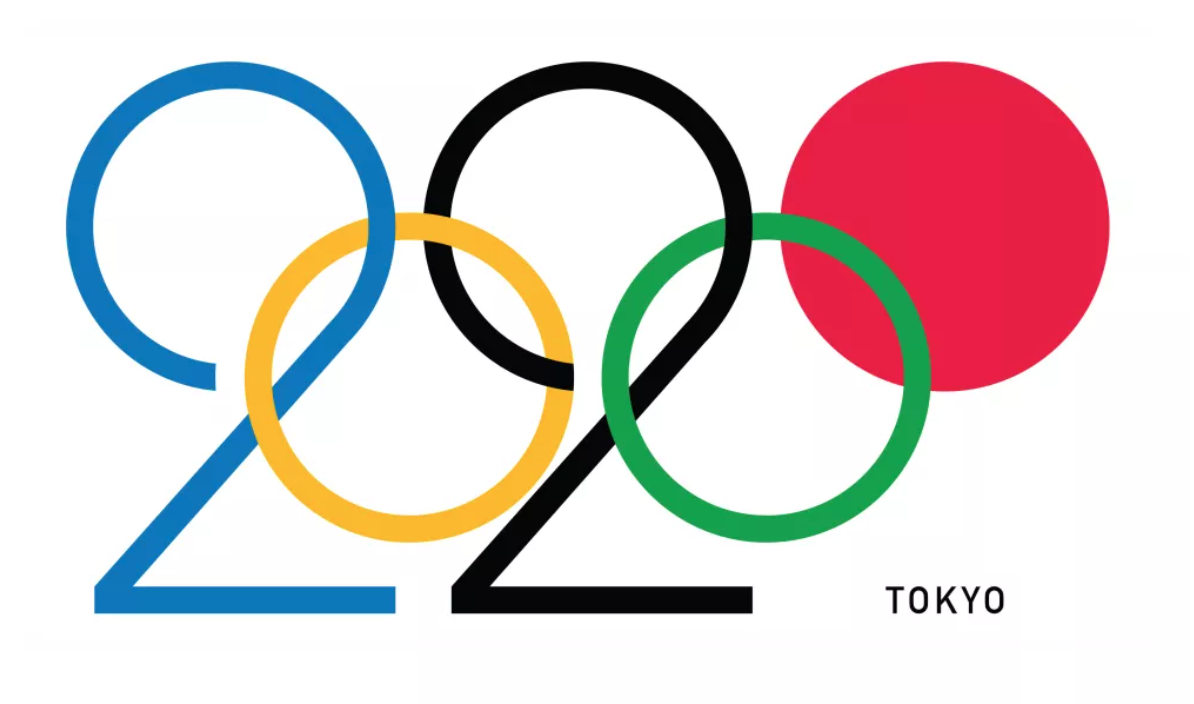 Throughout the month of March, the US Under-23 team selected by Jason Kreis will face off against other CONCACAF opponents to decide which countries will qualify for the 2020 (2021?) Tokyo Olympic Games. 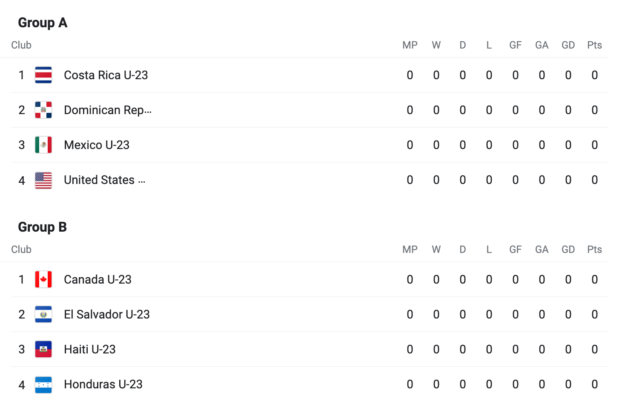 The tournament is set up in a mini-World Cup style with two groups of four teams playing round robin with the top two in both groups advancing to the semi-finals. The two teams that win their semi-final matchup will automatically qualify for the Olympics this summer. On March 30, a “championship” match will be played that is basically pointless, but serves for bragging rights.

For the US, this is probably the biggest test the team has faced since World Cup qualifying in 2017, and the games won’t even be played by the senior team, who will be off in Europe for two friendly matches in the same time frame. The Americans haven’t reached the Olympics since Beijing in 2008, when they were spearheaded by guys like Sacha Kljestan and Freddy Adu.

This failure to make it to the Olympics has been the biggest stain on the credentials of U.S. Men’s Soccer in recent memory. The Olympics is a stage dwarfed by nothing besides the World Cup and maybe the Copa America, so if you want to announce yourself to the world as an emerging powerhouse in the world of soccer, qualifying is a baseline standard.

However, it’s a different story this time for Kreis and Co. with a tremendous amount of talent to choose from despite most of the main guys being unavailable to play due to their status in Europe and COVID-19. That being said, when Kreis announced his 20-man squad for the tournament, I was left scratching my head. 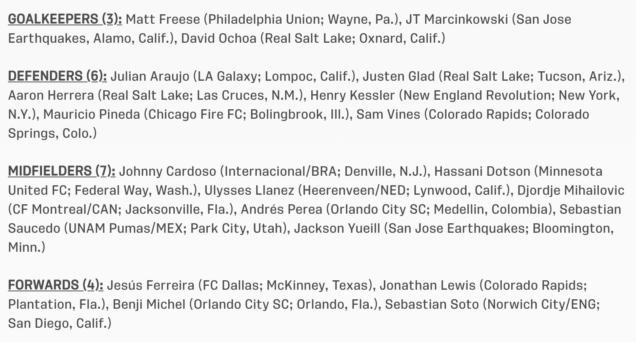 Before the official announcement by the U.S. Soccer, CONCACAF, being the harbinger of darkness, leaked the lineup on their website. I was not pleased overall.

The goalkeepers were an easy decision. This is probably the worst position in the pool, but the three choices would’ve been hard to mess up. Kreis said he plans to rotate the three in the tournament, which isn’t ideal, but that’s truly the tip of the iceberg when it comes to this lineup.

Going a couple feet below the surface of our metaphorical iceberg, Atlanta United didn’t do this team any service in not allowing Miles Robinson to take the trip to Guadalajara. He would have been a key part of this team’s spine as the right center back, but the club simply didn’t want their defender missing out on any preseason matches. I guess you can’t blame them, as they just brought in a new head coach, but it’s truly unfortunate from an American perspective.

The fullbacks are one of the brightest spots on this team. Sam Vines, Julian Araujo and Aaron Herrera have all put in some solid shifts for the senior team and they will all be getting decent minutes.

The midfield is where this iceberg truly becomes exposed. I mean, where do I start? How is Hassani Dotson picked over Eryk Williamson, Tanner Tessman and Cole Bassett (all bright young talents with USMNT or USYNT experience)? Why are Sebastian Saucedo and Uly Llanez listed as midfielders? Where is the creative outlet going to come from… Djordje Mihailovic?

The only way I can genuinely answer this question — maybe Kreis is taking a full departure from Gregg Berhalter’s philosophy, which relies on a three-man midfield and a number 8 pivot. This could very well signal the use of a 4-4-2 variation or even a 3-6-1 of old. You just can’t expect Djordje Mihailovic and Andrés Perea to do the same job that Weston McKennie and Yunus Musah do as dueling eights.

If there’s one thing you can say about this lineup, it’s definitely going to be a surprise, however Kreis decides to lineup this team.

The forward selection also opens up some questions. Sebastian Soto and Jesus Ferreira are expected, but it’s puzzling why Benji Michel was picked over a guy many would expect to start for this team in Jeremy Ebobisse. Also, if Llanez and Saucedo are listed as midfielders, being wing players, it’s puzzling that Jonathan Lewis would be listed as a forward.

This selection just opens up a can of worms with ideas on how this team will lineup against Costa Rica on Thursday. This is my Hail Mary of a guess: 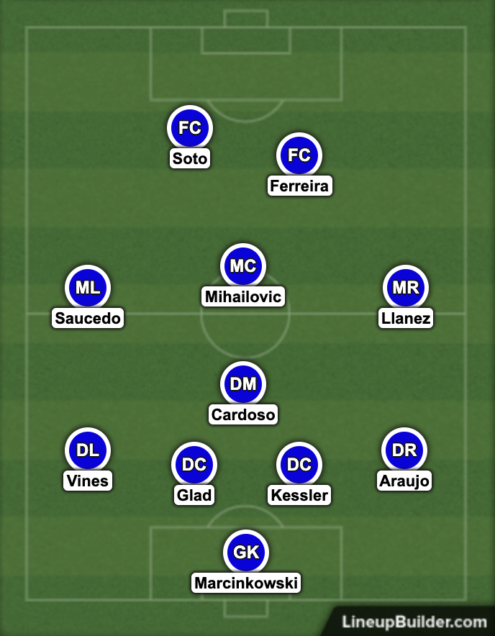 Kreis could really be fooling us with how he lists his players positionally, but if we’re going based on that, a 4-4-2 (or 4-1-2-1-2) would simply make the most sense.

Tactically, this lineup would be designed to attack, with the natural wingers in Llanez and Saucedo wanting to get forward, and the fullbacks being very attack-oriented. With Ferreira at second striker, he would most likely drop back to be a creative outlet and pick up the ball in zones 11 and 14.

The lineup would be susceptible at the back, but with the U.S. and its edge in talent, possession would be the name of the game.

The competition is weak. Group A is the better of the two, having Costa Rica, Mexico and the Dominican Republic to face off against. However, the Mexican team is really the only threat.

Costa Rica’s team is almost fully domestically based, and all of their stars in Europe are nearing their twilight anyway, so the US should have a good edge. The Dominican Republic team should be a cut and dry win; they have never been up to the United States’ level at international tournaments and I wouldn’t expect anything different. 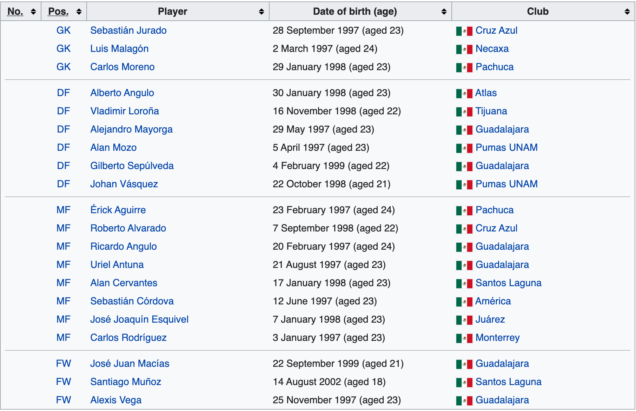 Mexico, however, unequivocally has the better squad. This is a talented roste; guys like José Macías and Errick Aguirre all get consistent minutes in Liga MX and the senior national team, and are some of El Tri’s best prospects. But this was expected.

With the recent push for Americans to play in Europe, you expect the U.S. to be short handed when having to pick domestic players. Mexico, on the other hand, does not have as many players abroad. Many of El Tri’s young players still play in Liga MX, which will ultimately come as a detriment to their development.

The U.S. will play Mexico last, so as long as the players can win their first two, they should earn a semifinal spot. The only danger they could face in the semifinal would be our neighbors to the north in Canada. Like the U.S. squad, their group comes mostly from MLS, with Zachary Brault-Guillard and Tajon Buchanan being the stand outs here.

However, the U.S. simply has the better talent. With that said, I think the outlook of this team is pretty clear.

There is no reason why this team shouldn’t qualify. Even with lineup oddities, COVID-19 and the MLS offseason, there should be no excuses for this team not winning a semifinal matchup.

They have the talent and their matchups are extremely favorable. Although this is an important tournament for this group, they should be able to take it in stride.

Maybe we can see the group of youngsters actually lift up a trophy in the final— it seems like it’s been years since that’s happened.