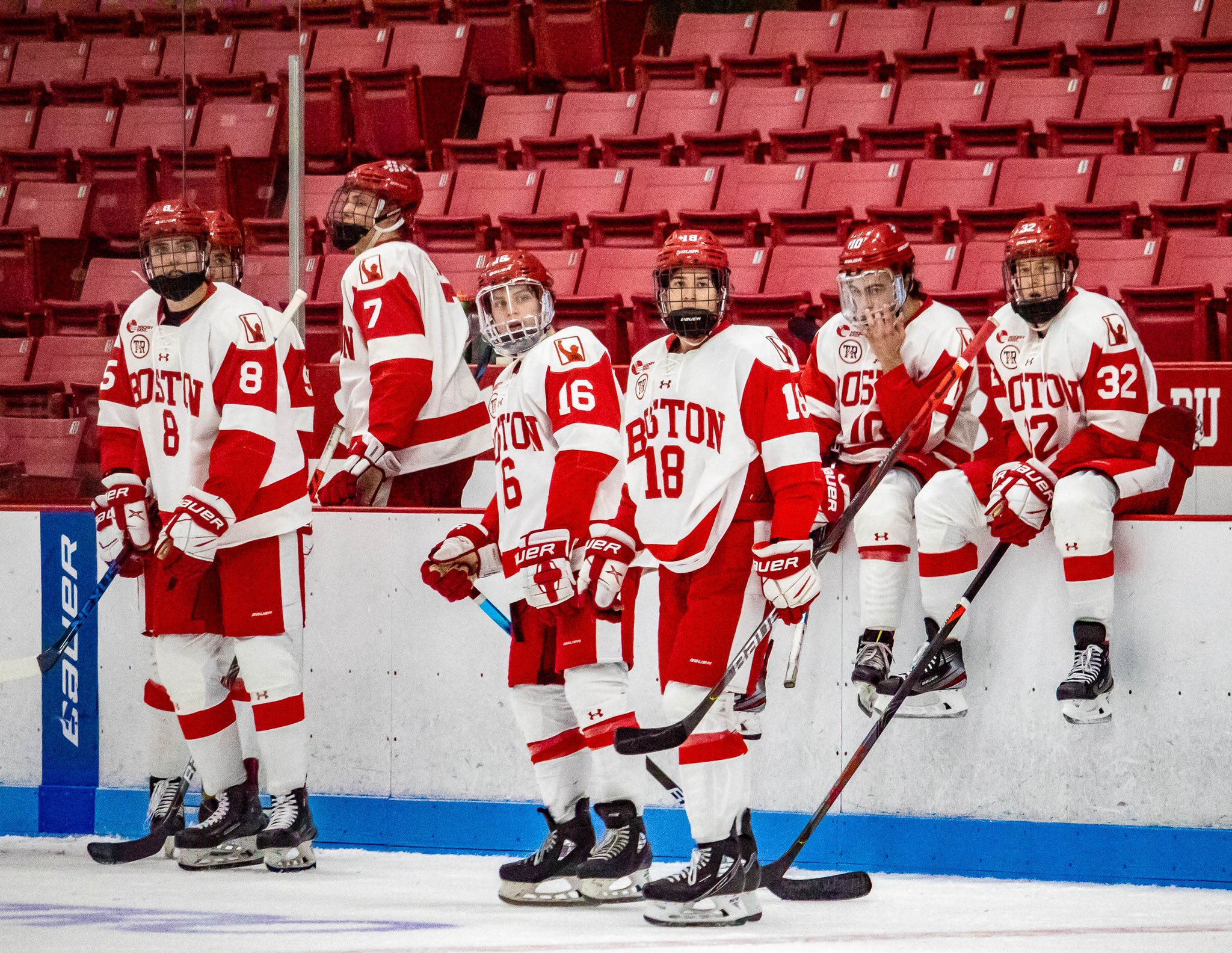 The Boston University Terriers (10-4-1) fell to the UMass Lowell River Hawks (9-8-1) by a final score of 2-1 in the Hockey East quarterfinal on Sunday afternoon.

BU got the scoring started in the first as freshman forward Dylan Peterson hit sophomore forward Jamie Armstrong on a net drive to make it 1-0 just over two minutes into the game.

The River Hawks took the lead about midway through the third thanks to sophomore blueliner Brian Chambers’ slapper from mid-range.

“We learned a lot about who can play in big games, and who can’t,” BU head coach Albie O’Connell said after the game.

Here are my three takeaways from the game – all opinions are my own:

You read that correctly. Welsch faced just 17 shots in the entirety of the game.

Lowell outshot BU by 12, and the Terriers managed just four shots on net in the first period and two in the third, while trying to come back and tie the game. TWO shots. Down one goal.

“It would have been nice if we shot the puck more,” he said. “We had many opportunities to shoot the puck, and we refused to do it.”

Down one goal, against a goaltender who has never faced you, much less a goaltender running an .895 save percentage going into the game, to only manage 17 shots, and two in the final 20 minutes, is simply unacceptable.

It’s a recipe for failure

In nearly every game BU has played over the last few weeks, the Terriers gave up the first goal and instantly had to play from behind, the goaltender had to be perfect the rest of the way while facing a ton of pucks, and BU had to capitalize on a limited number of scoring chances.

The way BU played at the end of the regular season, getting embarrassed by Merrimack, barely squeaking by UConn and UML and limping into the playoffs, only to not be fortunate enough to beat Lowell again with an identical effort, is just uninspiring.

If the results across the country continue to bounce BU’s way, and they manage to earn a berth in the national tournament, the Terriers will surely have to bring renewed effort and execution. If not, they’ll only be wasting their time.

I thought this year was different

BU could not have had a better first half of the season. They split with a ranked opponent (Providence), swept a top 10 program (UMass) and they even took four of six points from the best team in college hockey (Boston College)! After getting out to a 6-2-0 start with that strength of schedule, this team felt virtually unstoppable.

They had character, pushback, and jam, if you will. The last three weeks? Not so much.

I sound like a broken record talking about how recently, we’ve seen too many character flaws reminiscent of last year’s squad. The latest efforts seem to confirm those concerns.

If BU makes the national tournament, I’ll happily be proven wrong, or the Terriers will bring a disappointing effort (which seems to be the word of the week), again.

BU will find out if their season continues on Sunday at 7 p.m. as the NCAA tournament is selected.