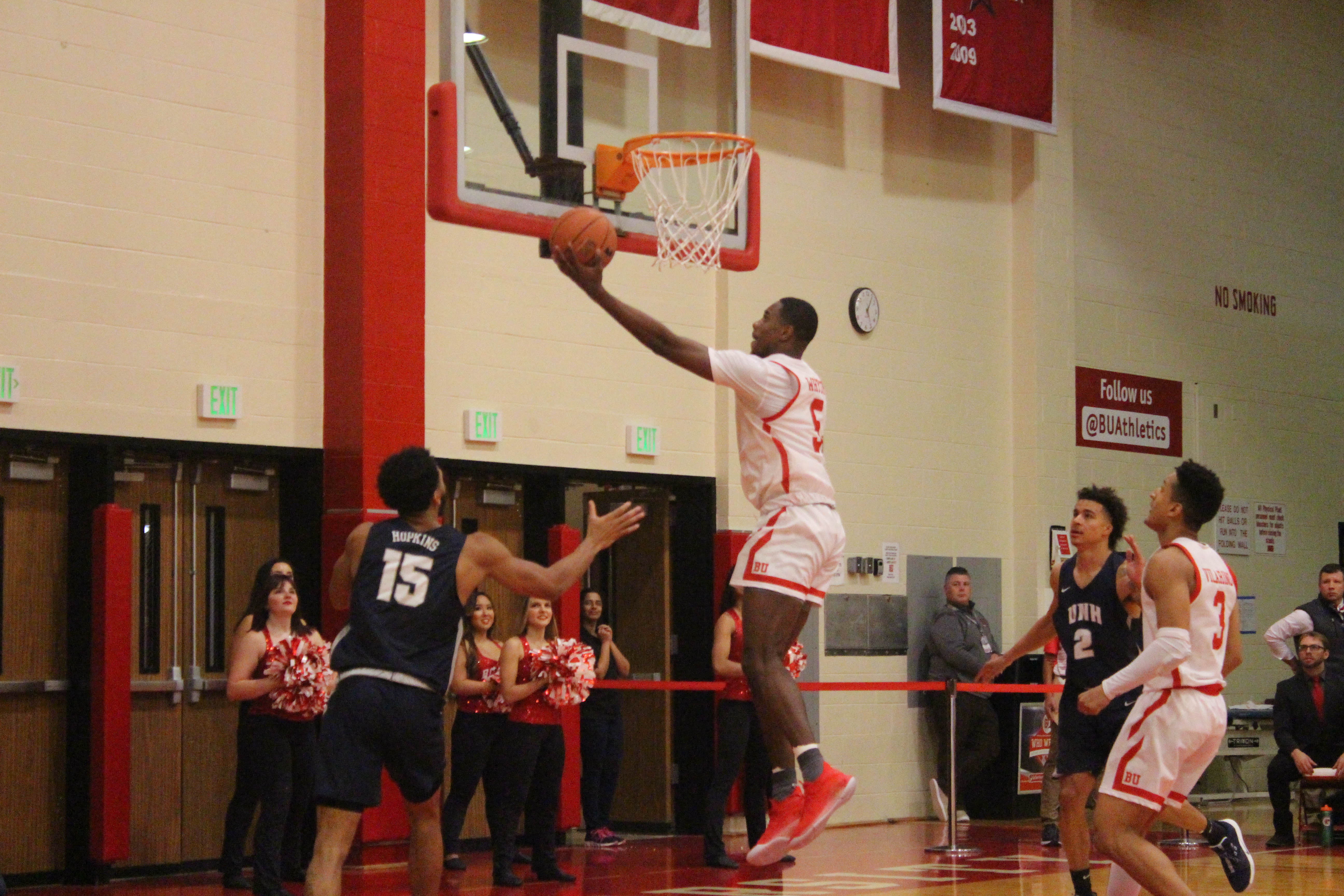 After winning three of their last four games by two or fewer points, the Boston University men’s basketball team found themselves on the losing end of their close contest against American University. The Terriers (7-8, 1-1 PL) saw their four-game win streak come to an end in the final moments of Sunday’s 67-63 road loss.

With six seconds left, sophomore guard Alex Vilarino was fouled on a jumper and converted a three-point play to bring the score to 65-63. However, two free throws by American guard Jamir Harris following an Andrew Petcash foul put the game away for the Eagles (5-8, 1-1 PL).

The Terriers were doomed from the start by poor shooting. In the first half, they made seven of 26 shot attempts and scored only 25 points. Javante McCoy, Walter Whyte, and Sukhmail Mathon were the only players to make a field goal in the half. BU still went into the break with a 25-23 lead, but the Eagles outscored them 44-38 in the second period to seal the win.

McCoy led the Terriers in scoring with 17 points, although the junior guard committed five turnovers. Vilarino dropped 13 points and Whyte added 12 of his own. All three grabbed four rebounds each.

Senior forward Max Mahoney, BU’s leading scorer heading into the matchup, scored only five points after missing four of six shots. Mahoney hadn’t scored fewer than 14 points since the Terriers’ loss to West Virginia on November 22. Mahoney’s offensive struggles made it difficult to justify keeping him in the game and he played only 19 minutes, also his lowest total since the West Virginia game. Fouling out with 3:40 to play certainly did not help.

Three-point shooting was another area of concern for the Terriers. After sinking four three-pointers against Lafayette on Thursday, sophomore guard Jonas Harper was held to 1-of-4 shooting from deep. He scored only three points.

Although none of the Terriers played their best basketball, they took advantage of the Eagles’ sloppy fouls and turnovers to keep the score close for the majority of the game. American put up five fouls within the first five minutes of the game and they kept the refs busy with 17 total first half penalties. 11 of BU’s 25 points in the period came from free throws. The Eagles also committed 16 turnovers, which the Terriers scored 12 points off of.

The Terriers held American guard Jacob Boonyasith to only eight points, but they were not as effective against the Eagles’ other top guards. Jamir Harris scored 19 points and was 4-of-8 from deep. Sa’eed Nelson, the Patriot League Preseason Player of the Year, tacked on 15 points and remained in control of the offense with eight assists.

More talented guards await the Terriers in their conference matchups this week. Jordan Cohen and James Karnik have been lethal for Lehigh, while Army’s Lonnie Grayson and Thomas Funk are threats on both ends of the floor.

BU’s next contest is on Wednesday at 4:00 p.m. against Lehigh at home. The Mountain Hawks are coming off a hard-fought home victory over Loyola Maryland.