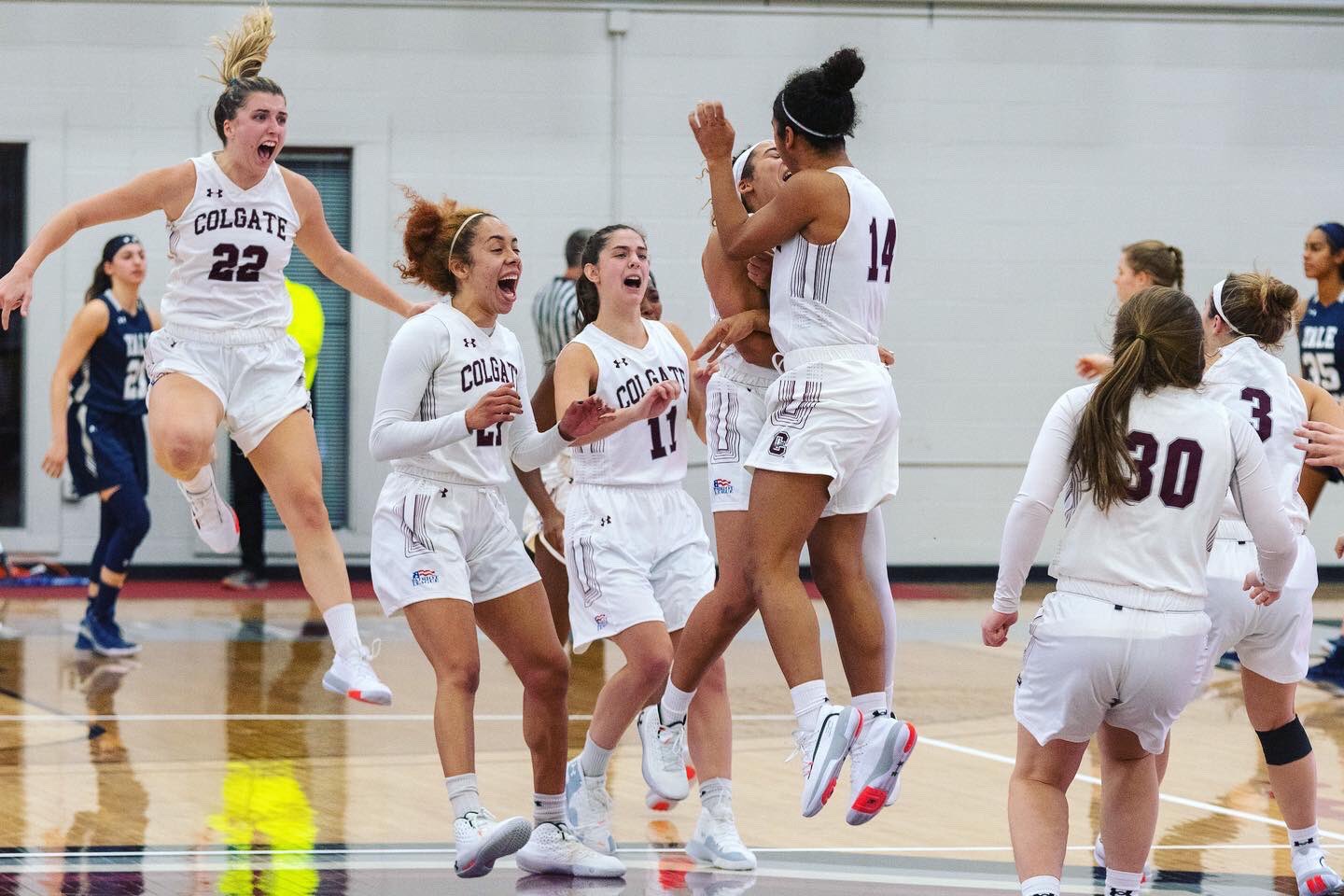 In this preseason edition of the Patriot League Women’s Basketball Power Rankings, we’re taking a look at how each team played in their non-conference matchups and how they project to do in conference play.

This week: January 2 at American, January 5 vs. Army

Holy Cross has the best offense in the Patriot League and the competition isn’t close. The Crusaders live and die by their three-point shooting, which is the best in Division I basketball. Four players are shooting over 40 percent from deep while averaging at least 2.7 attempts per game. Their defense hasn’t been as stellar as their offense and they are allowing opponents to score 67.4 points per game. However, they still have the length and athleticism to put up a fight on defense, and they have the offensive firepower to outscore opponents anyways. — Hannah Yoshinaga

This week: January 2 at Loyola MD, January 4 at Navy

This week: January 2 at Army, January 5 vs. Lafayette

The Mountain Hawks have taken advantage of their relatively soft schedule to establish themselves on defense. They’ve allowed more than 60 points in only four games so far this season. Their best defensive work is on the perimeter, where opponents’ three-point shooting percentage is only 29 percent. Offense has been more of an issue for Lehigh. If they were as good at hitting threes as they are at guarding them, that might be a different story, but Lehigh is instead shooting a dismal 28.4 percent from beyond the arc. — Hannah Yoshinaga

This week: January 2 vs. Navy, January 5 at Loyola MD

This week: January 2 at Lehigh, January 4 vs. Holy Cross

What a journey it has been for the Terriers, who started out 3-1 before dropping five straight contests followed by two routs of Dartmouth and Northeastern. The inexperience on BU’s roster is evident, but four prominent freshmen have shown flashes throughout non-conference. The major development recently has been the lights-out shooting of point guard Katie Nelson. The junior has caught fire from deep in her last two games, making 13 of 19 triples, and scored a career-high 29 points in the Terriers’ last win. Her presence as a scorer along with her passing acumen opens up a lot of options for BU’s offense. — Ethan Fuller

This week: January 2 vs. BU, January 5 at Bucknell

Inconsistency has been a theme for the Eagles, who haven’t been able to put up consistent performances on offense or defense all season. Their 28.7 percent three-point shooting has made it difficult for them to outscore opponents, although their interior scoring is much better. A large part of their offense and defense relies on junior guard Indeya Sanders, who is averaging eight points per game and has put up almost as many blocks by herself as some other Patriot League teams. The production is nice, but it could spell trouble for the Eagles, because they cannot depend on the rest of their roster week in and week out. — Hannah Yoshinaga

This week: January 2 vs. Colgate, January 5 at BU

Loyola’s non-conference schedule was not kind to them. They had matchups against Notre Dame, Northwestern, and 12th-ranked Maryland, all of which were blowouts. The Greyhounds put up some solid performances in their other games, ending the semester with a decisive win over Monmouth on December 20. Most of their struggles have come on offense — especially from three — but they can steal the ball and guard the perimeter. Defense will be key for them moving forward because they’re averaging 18 turnovers per game. — Hannah Yoshinaga

This week: January 2 vs. Holy Cross, January 5 vs. Lehigh

Army’s offense has underwhelmed and they’ve reached 70 points in only two games. They needed overtime to beat Fairleigh Dickinson and Liberty International, and their only other wins were against scuffling Air Force and Bryant squads. Army hasn’t shown up on the other end of the floor either. The Black Knights have given up fewer than 66 points only once all season and they have very little defensive presence inside the arc. — Hannah Yoshinaga

This week: January 2 vs. Bucknell, January 5 at Colgate