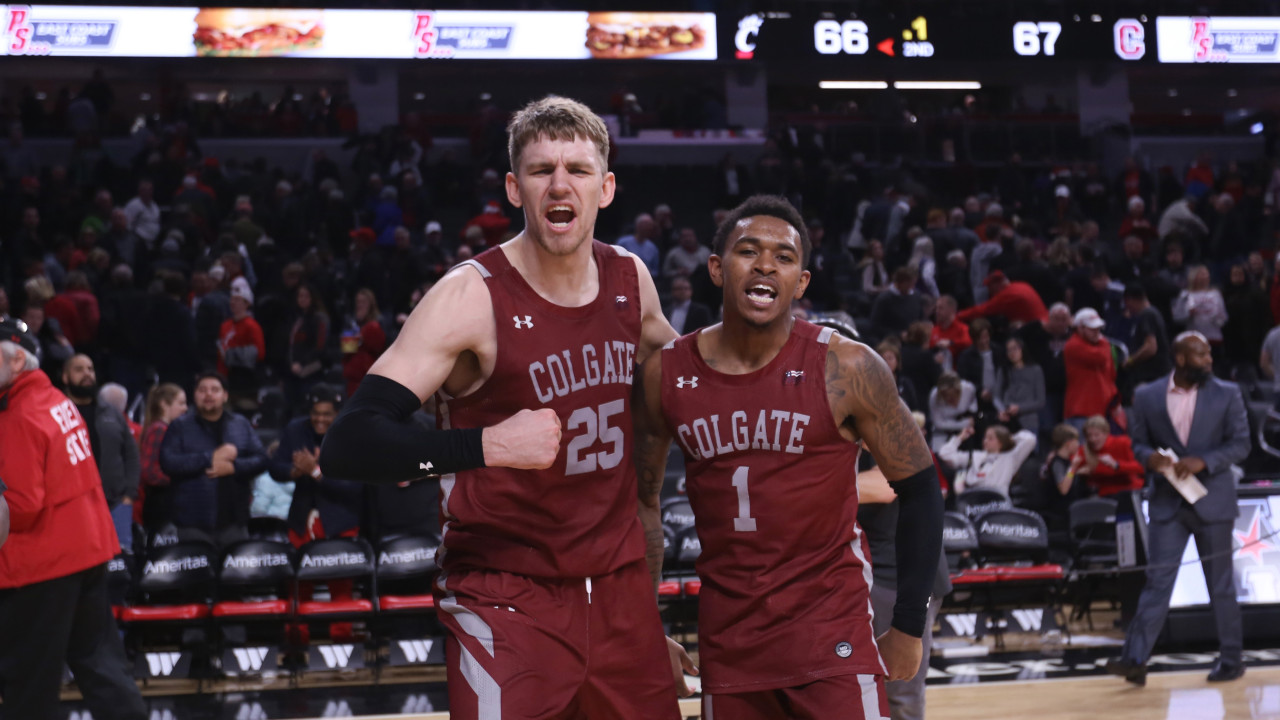 Patriot League play is only a few days away, and the hierarchy of teams in the conference isn’t nearly as concrete as some may have expected only a few months ago. After losing almost half of their scoring from last season, Bucknell looks far removed from a fourth straight trip to the Patriot League Championship game. Preseason favorite Colgate has been solid but unspectacular, opening the door for Lafayette and Loyola Maryland to insert themselves into the championship conversation.

In this preseason edition of the Patriot League Men’s Basketball Power Rankings, we’re taking a look at how each team played in their non-conference matchups and how they project to do in conference play.

This week: January 2 vs. American, January 5 at Army

This week: January 2 at BU, January 5 vs. Bucknell

Loyola has slowly been making a case to be considered one of the best teams in the Patriot League, although they ended their non-conference schedule with a tough blowout loss to VCU. They are solid on offense, where they can offset their unexceptional three-point shooting with their dominance on the glass. Defense is even more of a strength for the Greyhounds, where they steal the ball and block shots regularly. Their only real struggles on defense this season came against Marquette and VCU — two teams who are perennial tournament contenders. — Hannah Yoshinaga

This week: January 2 vs. Holy Cross, January 5 at Lehigh

This week: January 2 vs. Lehigh, January 5 at Holy Cross

This week: January 2 vs. Lafayette, January 5 at American

Army has the fifth-best road record in the Patriot League. That should bode well for them in conference matchups — particularly in their first contest at Bucknell on Thursday. On offense, the Black Knights are some of the most efficient inside scorers in the conference as judged by their shoot 56 percent inside the arc. They need to keep scoring at that pace in because their defense has been mediocre all season, allowing 73 points per game on 43% shooting to opponents. — Hannah Yoshinaga

This week: January 2 at Bucknell, January 6 vs. Colgate

As we close out 2019, take a look at some of the top plays from the Eagles' non-conference season!#AUMBB | #AUEagles 🦅🏀 pic.twitter.com/E3pZP8R4zD

American boasts one of the better offenses in the conference; they’ve reached the 80-point mark in four games this season. There are several highly efficient scorers on the roster that help the Eagles shoot 46 percent from the field as a team. How well they do in Patriot League play will be largely determined by how well they are able to execute on defense, where they don’t pose much of a threat to opposing shooters. — Hannah Yoshinaga

This week: January 2 at Colgate, January 5 vs. BU

Lehigh wasn’t gifted the easiest non-conference slate, with games against Virginia Tech, Saint Mary’s, and Auburn contributing to their unimpressive 3-9 record. Guard Jordan Cohen and center James Karnik are the reasons that the team hasn’t completely floundered. Both players are two-way threats capable of putting up big performances against elite defenses. However, if other Patriot League teams are able to shut Cohen and Karnik down, the rest of Lehigh’s roster may not be able to match their production. — Hannah Yoshinaga

This week: January 2 at Navy, January 5 vs. Loyola MD

This week: January 2 vs. Army, January 5 at Lafayette

This season can’t get any worse for the Crusaders, who have one of the worst records in all of Division I basketball. They are disjunct on both ends of the floor, although their lackluster offense pales in comparison to their abysmal defense. They’ve still failed to limit an opponent to fewer than 68 points. Their best players are freshmen Joe Pridgen and Drew Lowder, and while they have time to develop into more well-rounded players in future years, their lack of college-level experience has cost the team this year. — Hannah Yoshinaga

This week: January 2 at Loyola MD, January 5 vs. Navy