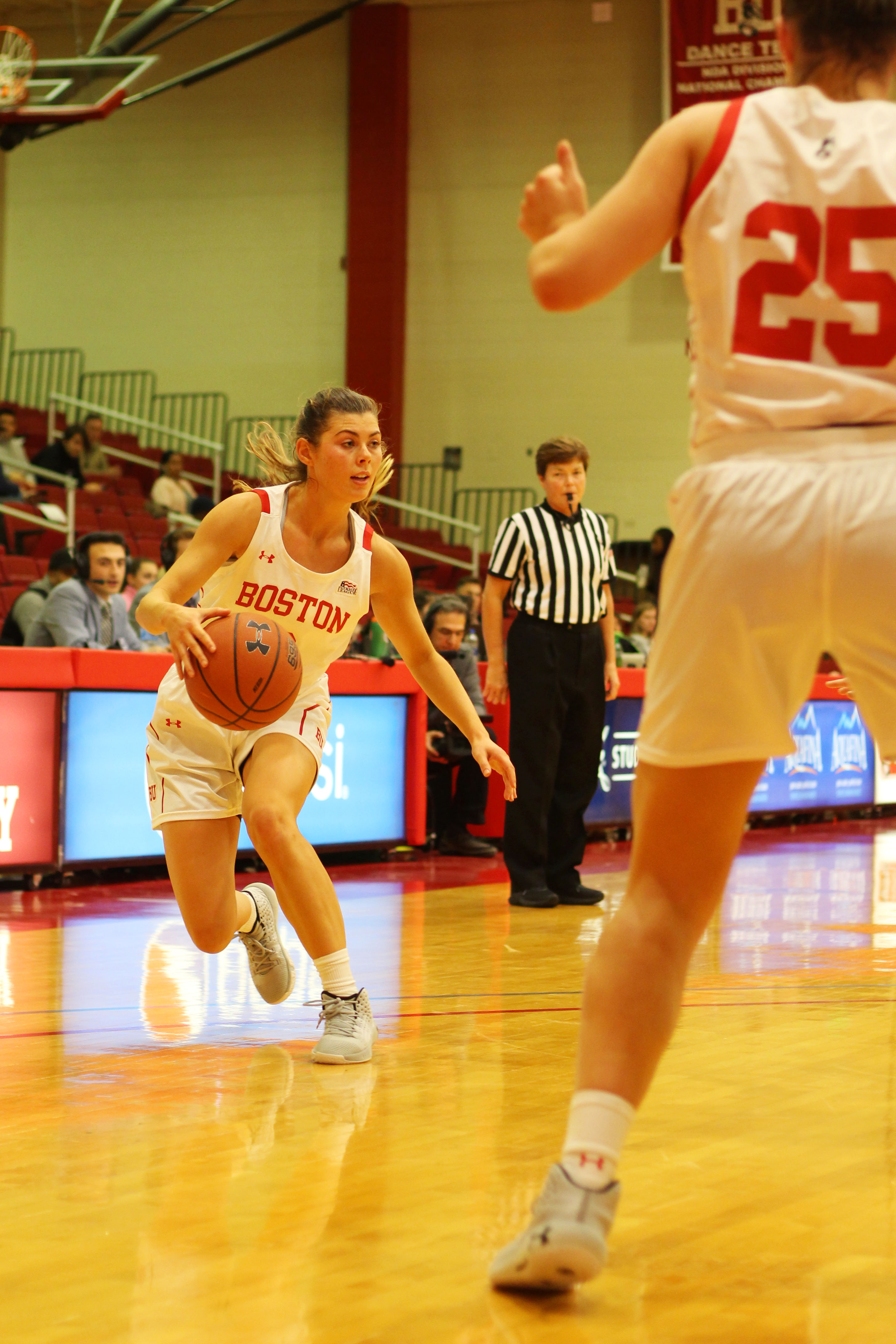 BOSTON, MA — Boston University women’s basketball put up one of its strongest scoring performances of the season on Sunday, beating rival Northeastern 72-56.

Led by junior point guard Katie Nelson, the Terriers could hardly miss from deep for the second game in a row. Nelson made six of nine three-point attempts and set a new career high with 29 points on the night. Her previous career high was 25 points, set during a game against Delaware during her freshman year.

Freshmen guards Annabelle Larnard and Maggie Pina also had career nights. Both put up new highs in assists, with Larnard and Pina dishing out five and four assists, respectively. They helped to run the offense on what was an off night for freshman Sydney Johnson, BU’s typical secondary playmaker.

Although the Terriers were led by their backcourt, their offense was hardly limited to the perimeter. Senior Nia Irving dominated the paint, scoring 18 points and grabbing nine boards. Also active on the glass was sophomore Riley Childs, who added six rebounds of her own.

While BU’s offense was the centerpiece of their game, their defense allowed the second-fewest points they have given up all season. They took advantage of the turnover-prone Huskies to force 14 giveaways, leading to 18 points.

Most impressive of all was the Terriers’ shutdown of Northeastern’s top scorers Stella Clark and Alexis Hill. Clark and Hill scored only three points on combined 1-of-15 shooting. Heading into the contest, they were each averaging more than 14 points per game.

The Huskies were forced to rely on their bench instead. The four players who came off the bench for Northeastern scored 32 of the team’s 56 points. Their leading bench scorer was Kendall Currence, who scored 13 points. Shannon Todd was the only starter to reach double digits in scoring and she tacked on 11 points and six rebounds.

Although the Terriers’ execution on defense secured them the win, they need to limit turnovers and improve their free throw shooting in future games. They committed 17 turnovers and made only 15 of 22 free throw attempts against Northeastern.

BU’s victory against the Huskies marks the end of their non-conference schedule. They went 5-6 in non-conference play, good for sixth-best in the Patriot League, and currently ride a modest two-game winning streak.

The Terriers travel to Lafayette for their first conference matchup this Thursday. Tip-off is scheduled for 6:00 p.m.