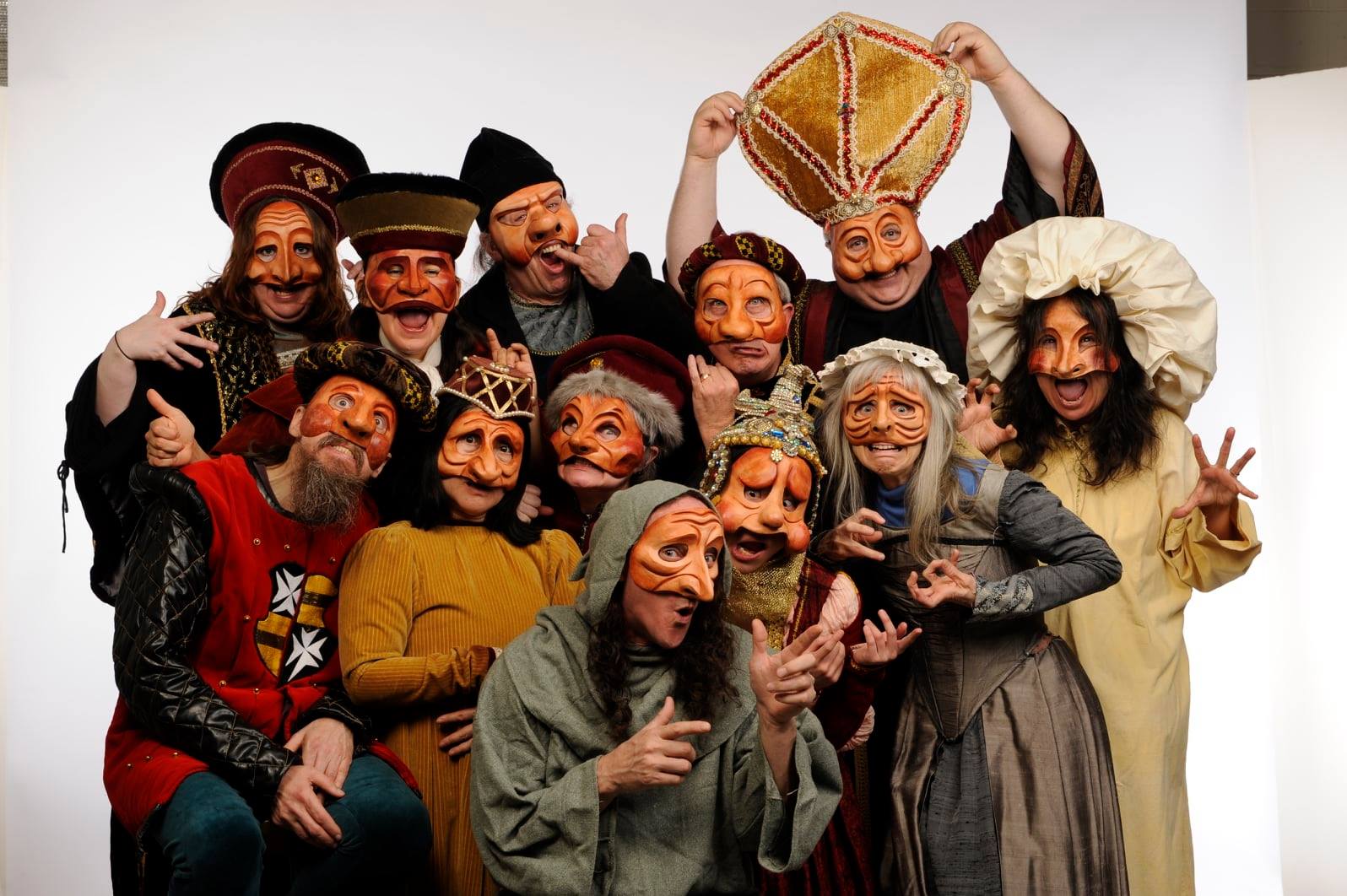 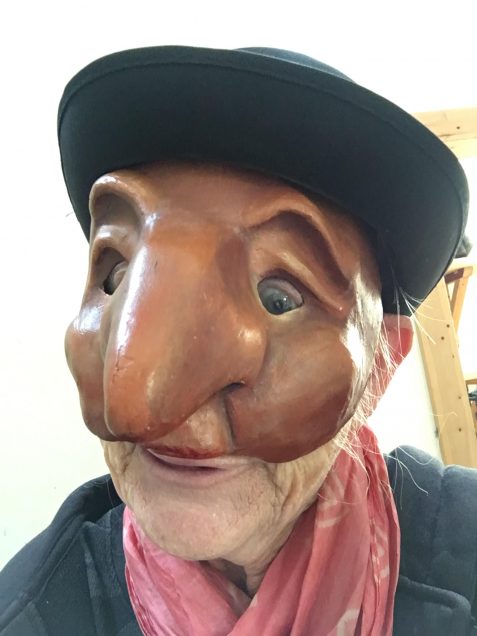 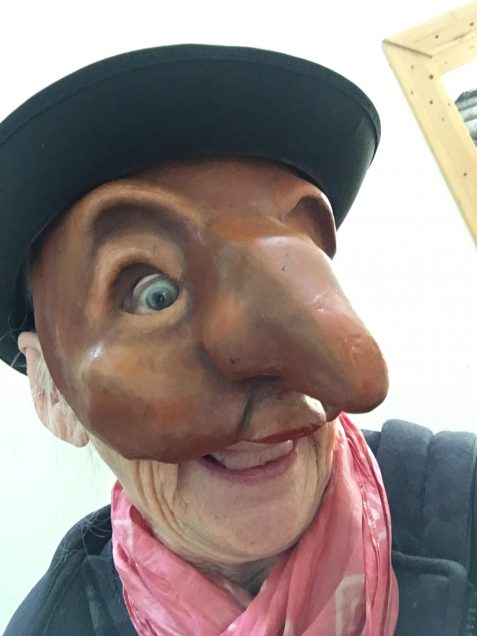 Renowned theatrical mask maker Gina Bastone passed away last night after a long illness. She was with family and friends. Gina was an inspiration to many mask makers. Her character masks were deceptively simple in shape but rich and complex in expression. A mask can be a beautiful sculpture but a theatrical mask must be more than that. A theatrical character mask has the same job as an actor, to show the audience what kind of person this character is and to be able to express a range of emotion. Gina’s masks had the sculptural economy of Basel masks and were able to express a multitude of feelings and personalities. While at Dell’Arte International School of Physical Theatre she created a mask based on a Maurice Sand illustration of a Commedia Zanni character. I think it was Scaramuccia. The mask had a large bulbous nose and an expression of befuddled stupidity. The mask became known as Stupino.Stupino is not a traditional Commedia character. Many modern mask makers including myself, Joe and Minna Dieffenbacher, Newman and others have created a Stupino mask inspired by Gina’s mask.

In my classes on mask making and Commedia performance I would talk about Gina’s mask. It is an example of how Commedia Dell’Arte is a living, evolving art form. It is not frozen in a different century, a long time ago. Gina created a new Commedia character that gained popularity with modern Commedia artists. Stupino is now a part of the canon of stock Commedia characters. Gina Bastone is a part of Commedia Dell’Arte history which spans many centuries.