The specificity of orientation-tuned normalization within human early visual cortex 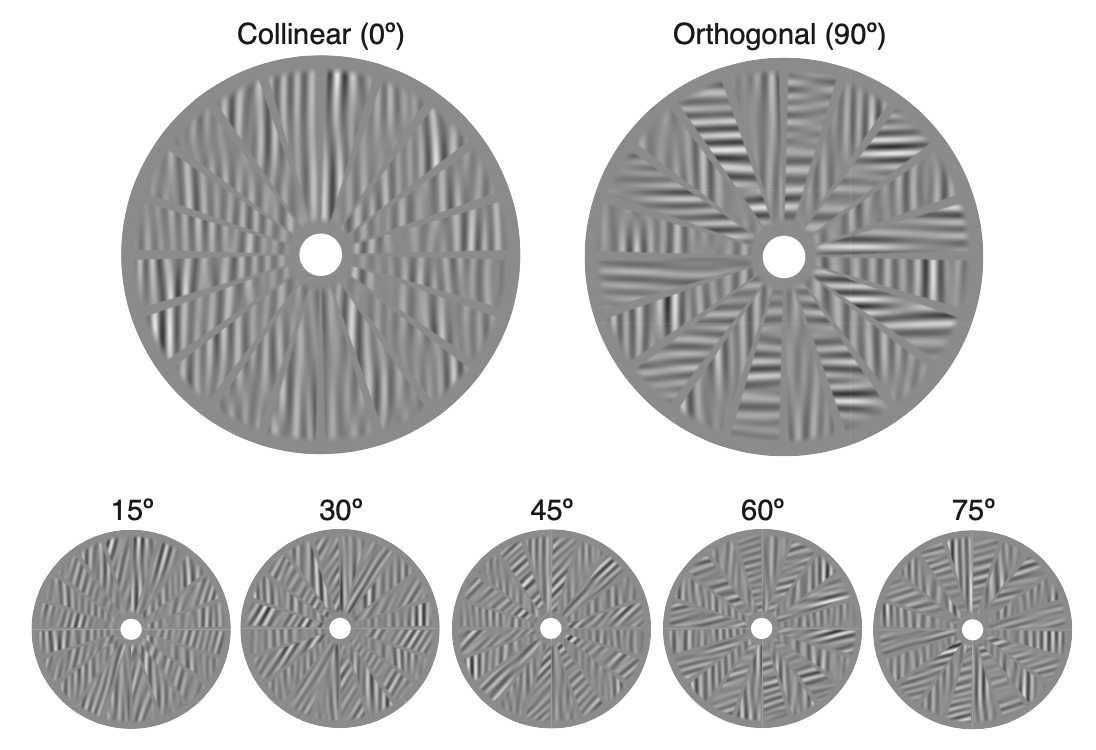 Normalization within visual cortex is modulated by contextual influences; stimuli sharing similar features suppress each other more than dissimilar stimuli. This feature-tuned component of suppression depends on multiple factors, including the orientation content of stimuli. Indeed, pairs of stimuli arranged in a center-surround configuration attenuate each other’s response to a greater degree when oriented collinearly than when oriented orthogonally. Although numerous studies have examined the nature of surround suppression at these two extremes, far less is known about how the strength of tuned normalization varies as a function of continuous changes in orientation similarity, particularly in humans. In this study, we used functional magnetic resonance imaging (fMRI) to examine the bandwidth of orientation-tuned suppression within human visual cortex. Blood-oxygen- level-dependent (BOLD) responses were acquired as participants viewed a full-field circular stimulus composed of wedges of ori- entation-bandpass filtered noise. This stimulus configuration allowed us to parametrically vary orientation differences between neighboring wedges in gradual steps between collinear and orthogonal. We found the greatest suppression for collinearly arranged stimuli with a gradual increase in BOLD response as the orientation content became more dissimilar. We quantified the tuning width of orientation-tuned suppression, finding that the voxel-wise bandwidth of orientation tuned normalization was between 20 and 30, and did not differ substantially between early visual areas. Voxel-wise analyses revealed that suppression width covaried with retinotopic preference, with the tightest bandwidths at outer eccentricities. Having an estimate of orienta- tion-tuned suppression bandwidth can serve to constrain models of tuned normalization, establishing the precise degree to which suppression strength depends on similarity between visual stimulus components.