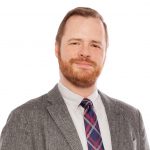 Andrew Sellars, Clinical Associate Professor
sellars [at] bu.edu | (617) 358-7377
Andrew Sellars is a Clinical Associate Professor at BU Law and the founding director of the Technology Law Clinic. Sellars has overseen the legal representation of hundreds of student clients through his work in the clinic, representing computer security researchers, public interest advocates on technology and society issues, innovative startups, and student journalists. His scholarship focuses on application of intellectual property and computer access laws to technology research and journalism.
Before joining BU, Sellars was the Corydon B. Dunham First Amendment Fellow at Harvard University’s Berkman Klein Center for Internet & Society. There, he worked in Harvard Law School’s Cyberlaw Clinic and the Digital Media Law Project. Sellars received his JD with high honors from the George Washington University Law School.
He is also a Civic Technology Fellow at BU’s Faculty of Computing & Data Sciences, a faculty affiliate at BU’s Rafik B. Hariri Institute for Computing and Computational Science & Engineering, and a member of the Boston Bar Association.
PGP Public Key
Fingerprint: C5B4 6648 0BED CCDF FEA4 BA2C 158E 6BFA BE74 0249
Chris Conley, Lecturer and Clinical Instructor
conleycj [at] bu.edu
Chris Conley is the assistant director of the BU/MIT Technology Law Clinic and a Lecturer and Clinical Instructor at Boston University School of Law. Prior to joining BU, Chris spent over a decade as a technology policy attorney with the ACLU of Northern California, where he engaged in legislative advocacy, litigation, and public education on issues including privacy, surveillance, and free expression and their intersection with emerging technology. He has also been engaged as a consultant by the Brennan Center for Justice at NYU and Amnesty International USA. Before pursuing a legal career, Chris was a software developer and electrical engineer with employers ranging from Intel to New York City Center, an off-Broadway theater. He holds a JD from Harvard Law School, where he was editor-in-chief of the Harvard Journal of Law & Technology and a student (later post-graduate) fellow at the Berkman-Klein Center for Internet & Society; a SM in Computer Science from MIT; and a BSE in Electrical Engineering from The University of Michigan. 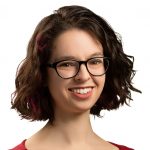 Jordi Goodman is a Lecturer and Clinical Instructor in the BU/MIT Technology Law Clinic. She supervises BU Law students offering pro bono legal guidance to BU and MIT students on topics affecting their research and innovation.